LIFE IN LOCKDOWN: Quiet anticipation building in Desertmartin and Tobermore

There is traffic, but little footfall, in the Mid Ulster villages.

Support for the NHS in Desertmartin.

In bright sunshine, I'm on my way into BT45. Whisper it, but this could be the day the curse comes to an end.

Slieve Gallion pans into view to my right, the sun sharpening the image and greening the landscape in between.

A decorative sign with what appear to be miniature castle towers on either side, welcomes drivers to Desertmartin, 'centre of Loughinsholin'.

A sign points me in the direction of the old burial ground and I make a note to nip in on the way back to the car.

Further up the street, a tattered flag flies from a lamp-post, an image that immediately conjures Tom Paulin's famous poem 'Desertmartin' in my mind.

Paulin described the flag as 'gaudy', and the village as having a 'culture of twigs and bird shit', which seems unnecessarily harsh. 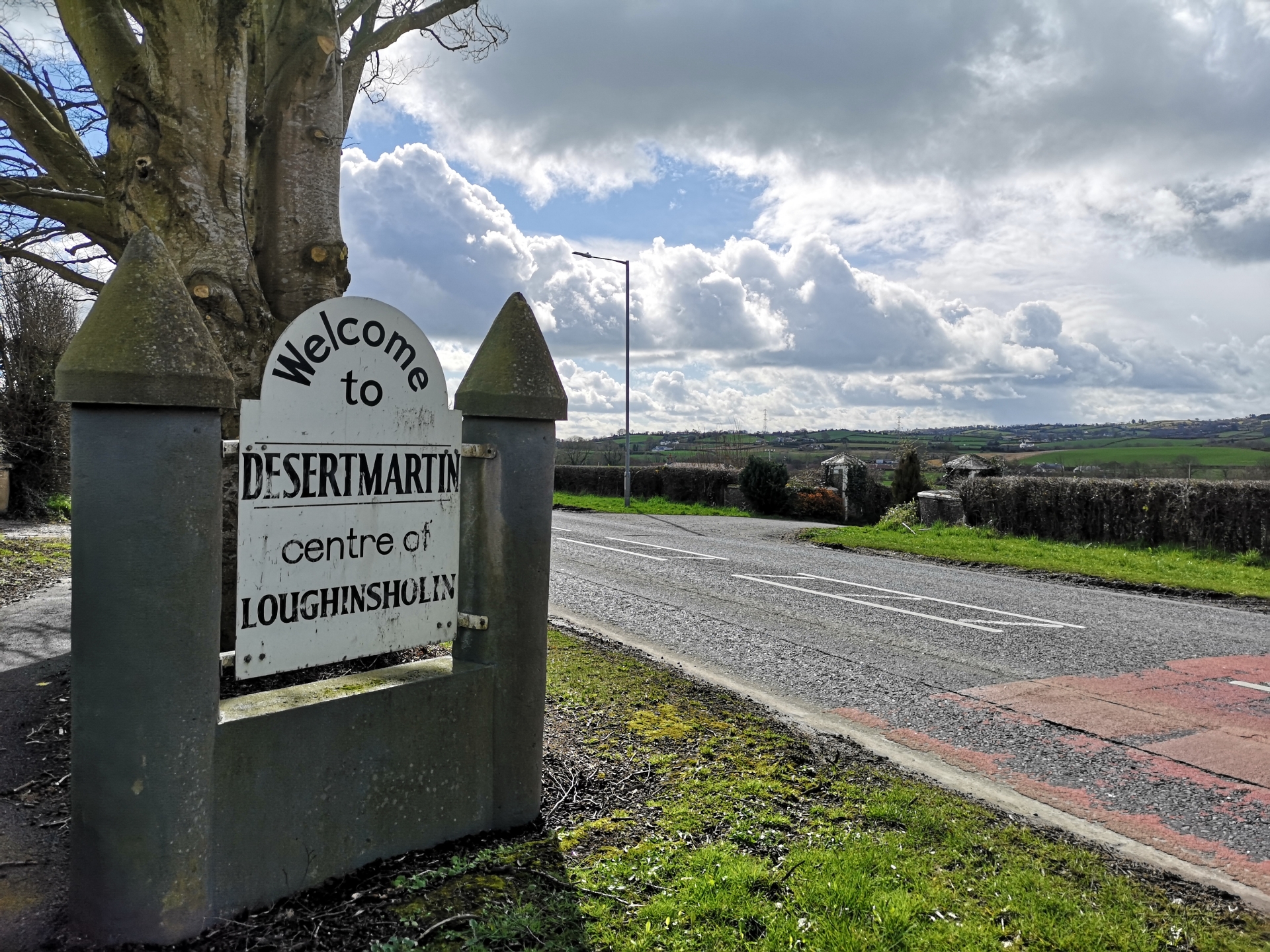 Hanging baskets are blown in the wind as I walk the length of the village. The gardens in the roadside houses are well-kept, testament to both civic pride and pandemic-driven spare time.

I walk as far as the welcome sign I passed on the way in. Another sign at the end of a driveway on the opposite side of the road reads 'Caution – free range children playing'.

Further down the hedge a small gate sits ajar. The path on the other side leads directly into the house's front garden. I opt against investigating.

On the way back into the village, I pause at a decorated tree stump at the bottom of the Knocknagin Road.

It's covered in painted stones, created by some of the area's school children, with rainbows and positive messages on them.

One in particular appears to be the centrepiece. The stone is painted white, with a rainbow carefully filled in down the right hand side.

'Be a rainbow in someone else's cloud,' reads the message, accompanied by a three figure acronym: NHS. 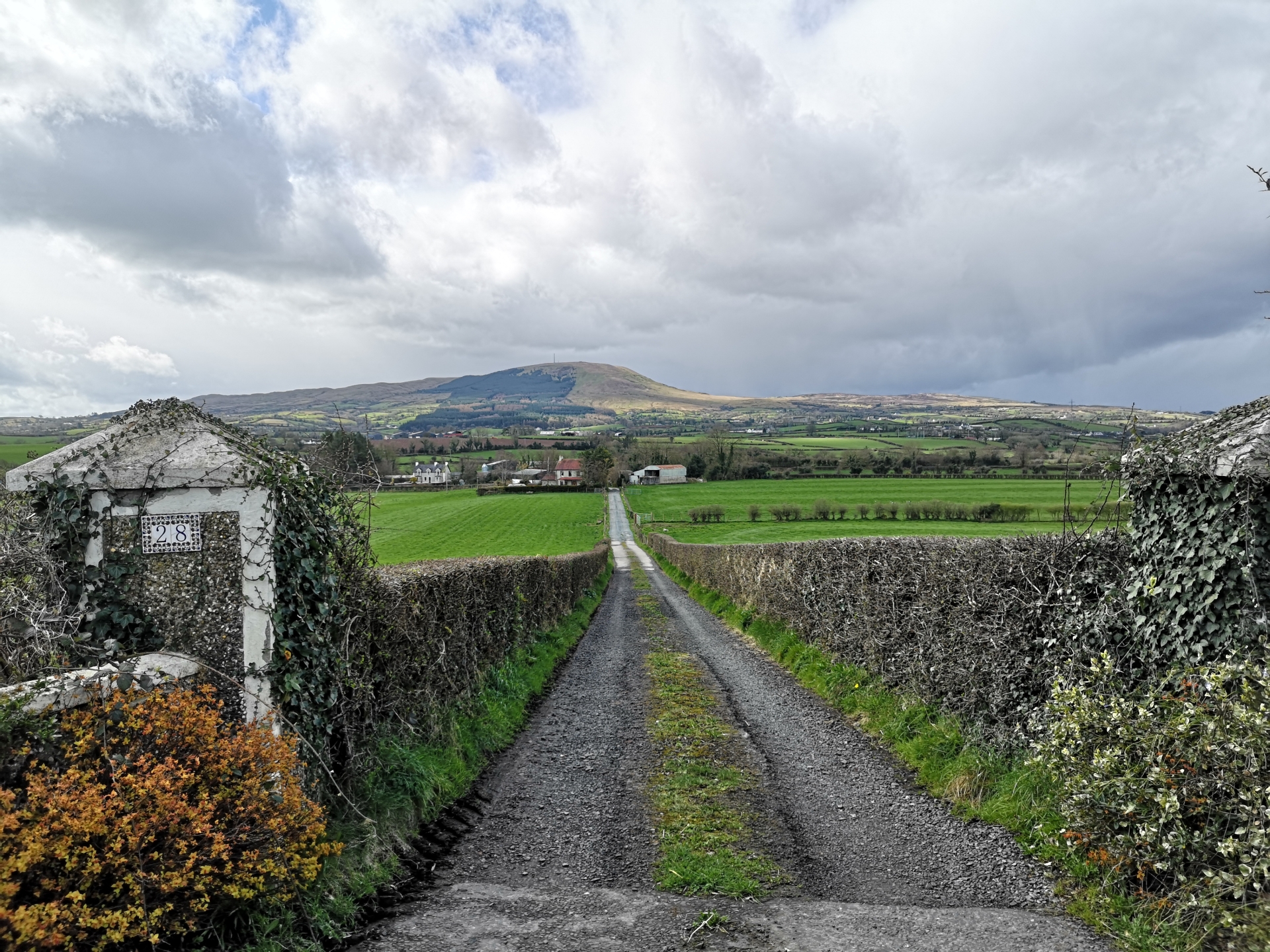 There are spectacular views of Slieve Gallion along the Desertmartin to Tobermore Road.

There is no shortage of places to sit and reflect in the village. Fresh-looking benches are dotted up and down the street, with informative plinths alongside them charting the area's history.

While there are plenty of cars coming through the village, there are few people around. Those that are, aren't keen to chat.

One man, however, mentions his frustration with the lockdown restrictions. Frustrated they might be, but most people do appear to be staying at home.

I fulfil my self-proclaimed promise to call into the old burial ground before leaving, heading down a path that skirts around a row of houses.

The sky is darkening. Pigeons scatter, startled by my arrival. A pheasant lurches across the graveyard, stopping at a safe distance on the far side.

There is an air of calm around the burial ground. The road is far enough away to leave nothing more than a faint rumble of traffic.

Incredibly, it starts to snow. The curse returns. 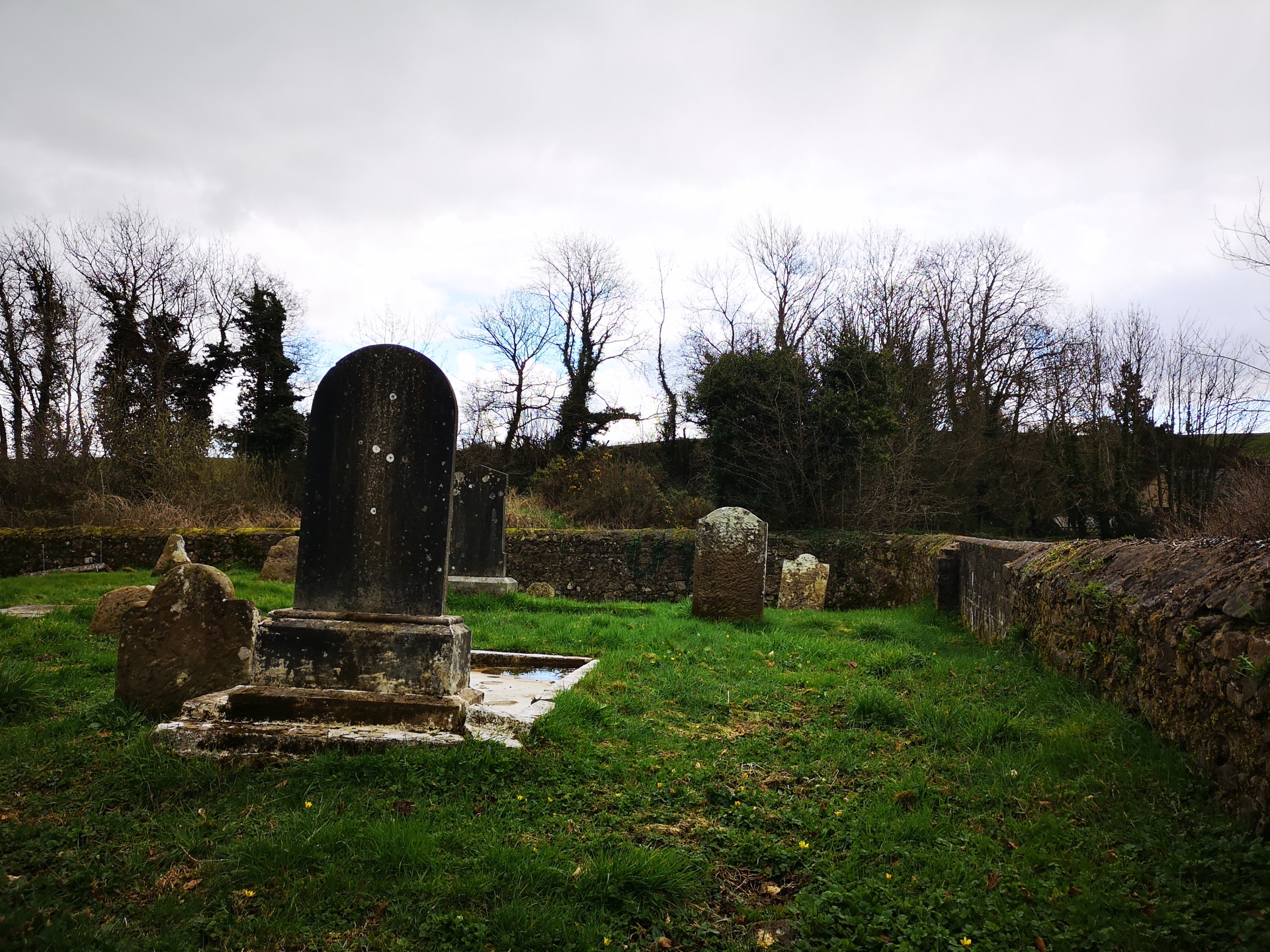 The old burial ground in Desertmartin.

Stopping off in Tobermore on the way home, I again walk the length of the town's Main Street. There are cars on the road, but the pavements are empty.

A few customers file in and out of the Costcutter shop. The noise of a chainsaw carries over the houses. I spot its operator through a gap in two buildings.

Footfall is almost non-existent, but there is one customer in the Crispy Chip when I call in to chat. He's already ordered and is now sharing bookies' odds with the staff.

Owner Alistair Kennedy is pensive. With the evening hours generally the busiest for the chippy, the curfew imposed at Christmas appears to have left a legacy.

“This one in particular has been quiet. I'd say his is the worst lockdown now for ourselves,” he tells me.

“We had that 8 o'clock curfew at Christmas and it's sort of stayed like that since.

“Come 8 o'clock at night the town is empty. You have to take it as it is and get on with it though, but this one is definitely the worst. 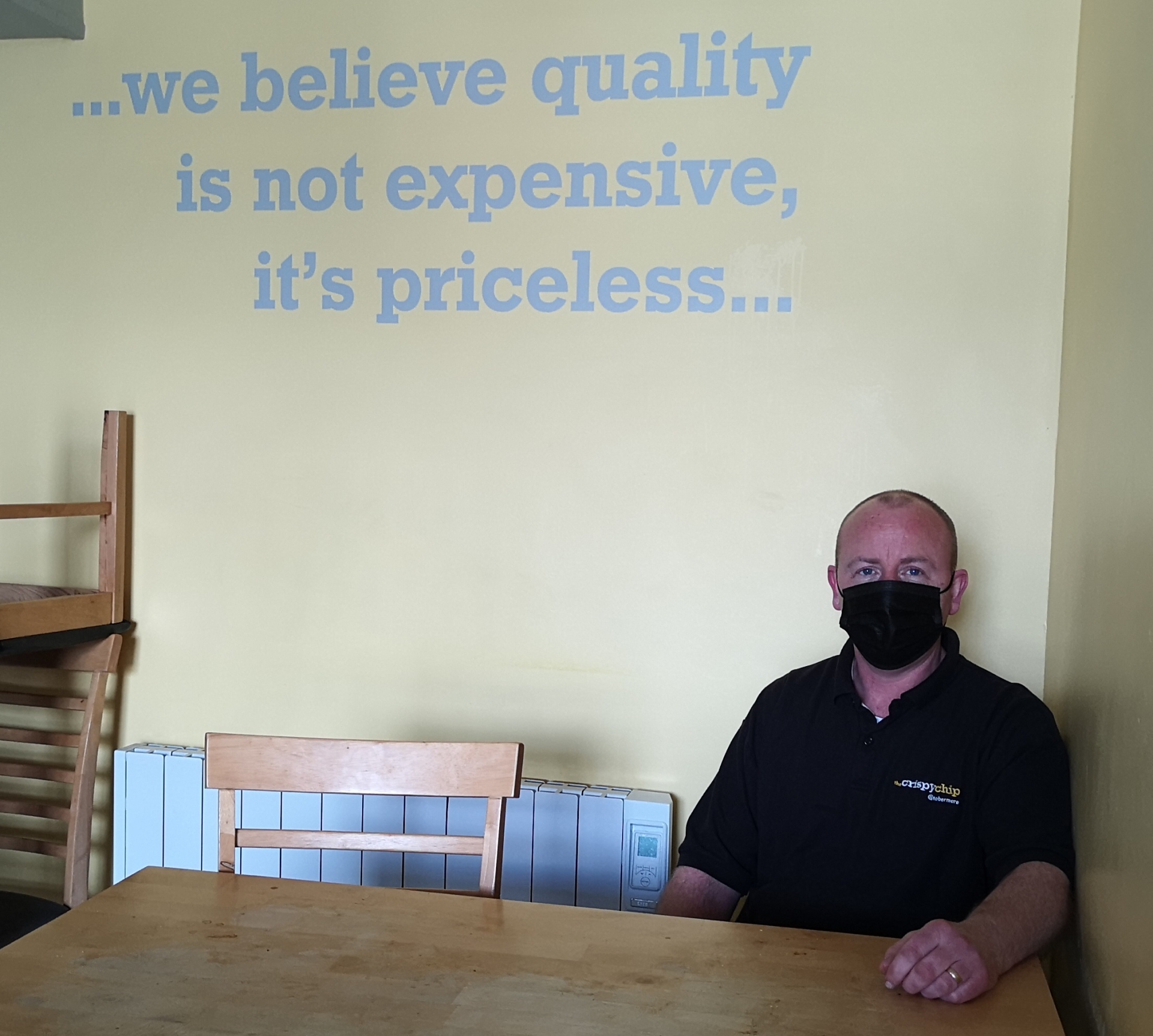 Alistair Kennedy, owner of The Crispy Chip in Tobermore, says it's a case of 'lights out' after 8.00pm.

“You'll get a bit of traffic coming through the town in the afternoon, but that's about it. We're doing a bit during the week at tea time, around 5-7, but that's it. It's a ghost town.”

Alistair says his business adapted at the beginning of the first lockdown, but like most in the hospitality sector, it's been an uphill struggle.

“We closed for about a week or so and then were able to use the back car park, but it's been strange. We've all had to adapt to it,” he says.

“At the start, we were opening less hours. At the minute we close up early, but we're trying to hold on hopefully another few weeks.

“I miss the banter. You used to have half a dozen in and you'd miss the conversation. With the masks, it's one in and one out basically. 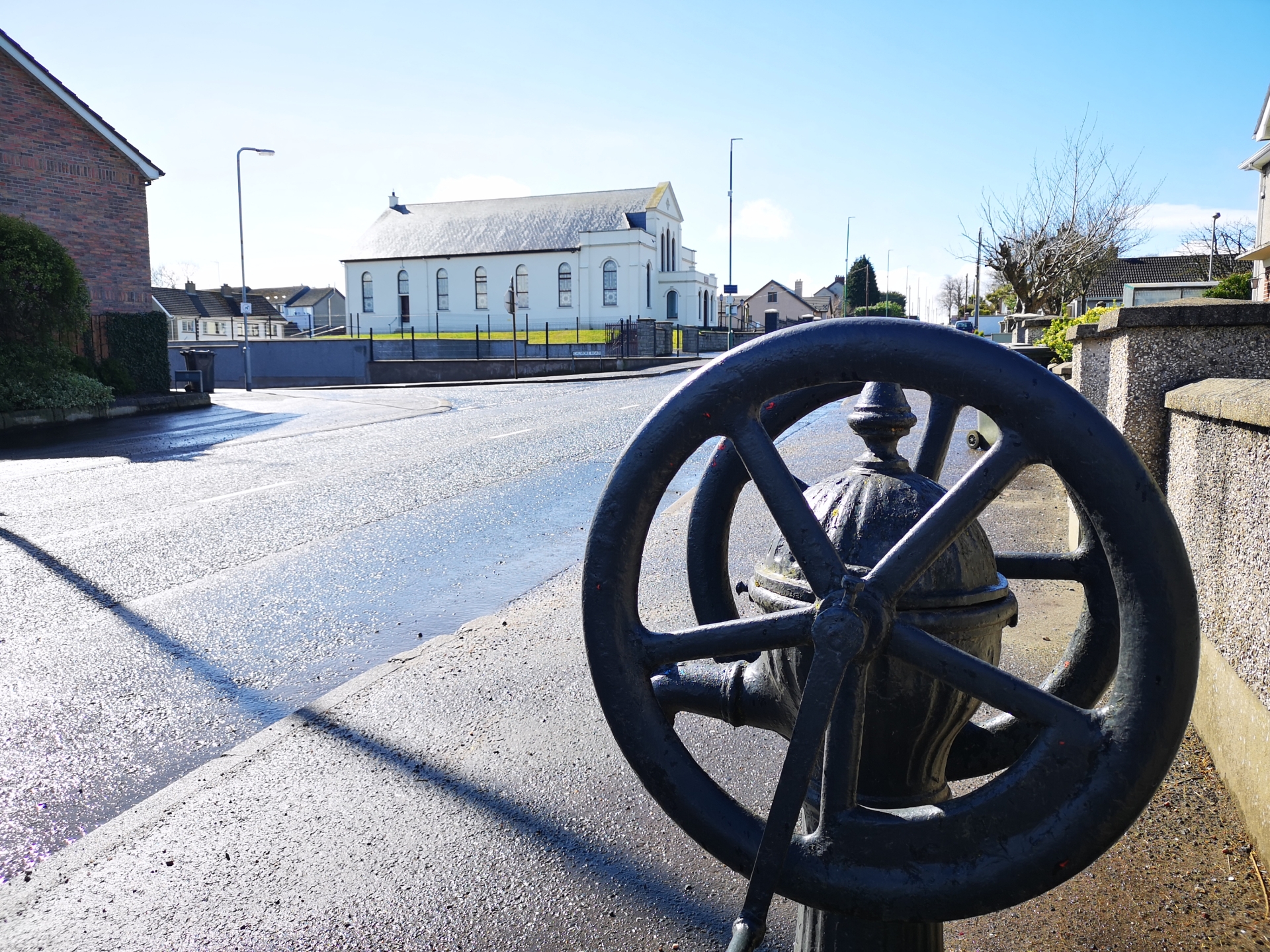 The scene in the centre of Tobermore last Friday.

“You still have your regulars, but they're just in and away again. There's very little conversation. Everybody has their own way of dealing with it.

“I'm hoping to maybe getting a break or a holiday at some point. This year has just been a wipeout, we're just trying to keep the head down, get through it and get back to some sort of normality.”

The curfew may only have lasted in legislation for a week, but, in reality, Alistair says it is a case of 'lights out' in Tobermore after 8.00pm.

They are not alone. With nothing open in the evenings to bring people out of their homes, there is no one but the odd walker or jogger pounding the pavements in the evening.

With the clocks going forward at the weekend, there is now an extra hour of daylight with which to do very little. Evening will only stretch as summer approaches.

Last week BT45 posted the lowest rate of positive Covid-19 cases in the county, but a spike in cases has led to the area regaining top spot over the last seven days. 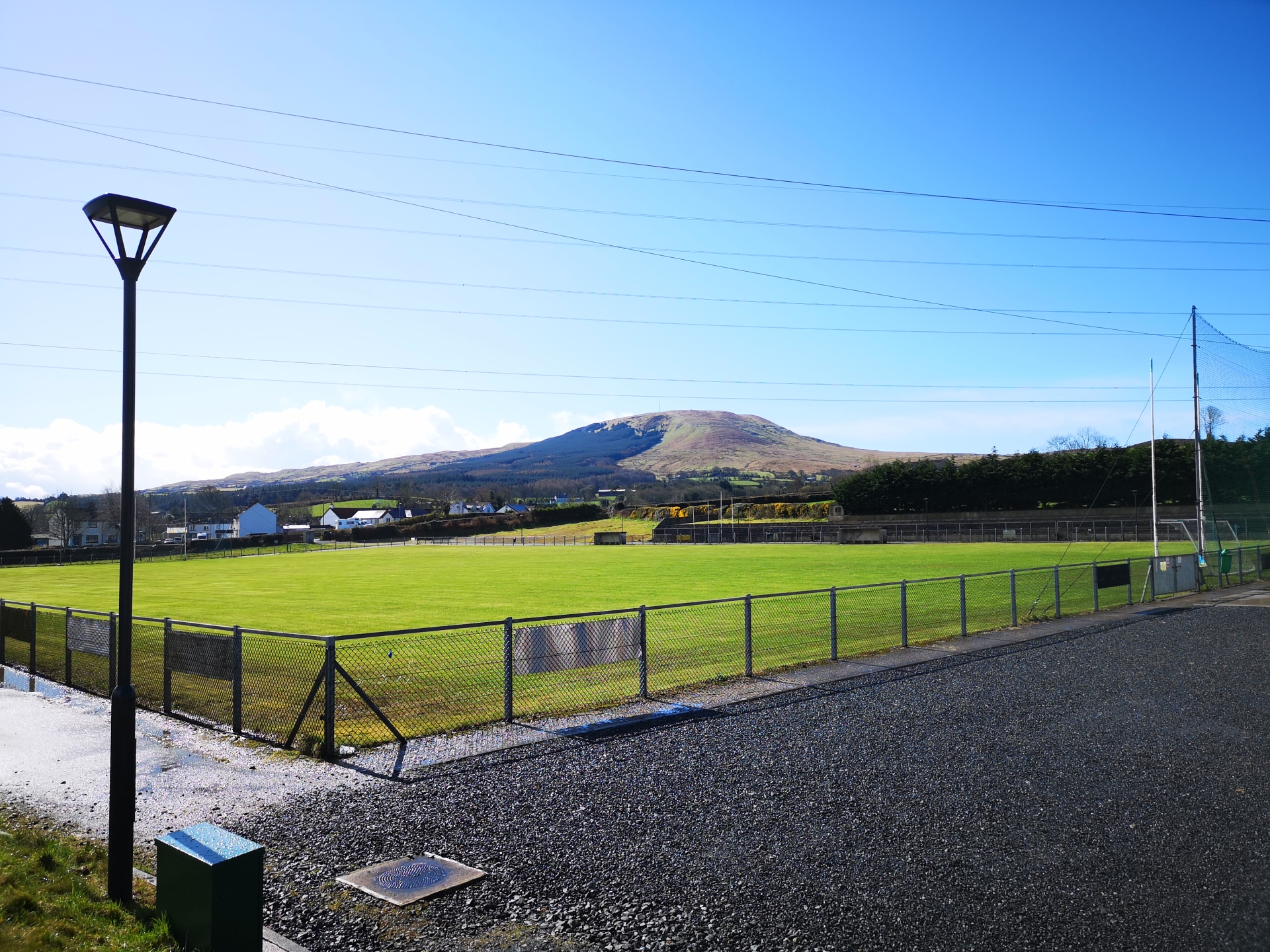 There could be some action at Desertmartin GAC come April 12.

Regardless, people are turning their eyes tentatively towards the future. Desertmartin GAC held a litter pick at the weekend.

Around the county, communities are holding similar initiatives. Sports teams are looking in anticipation to April 12 to resume training.