The group have been taking to the water throughout lockdown and say the benefits are huge. 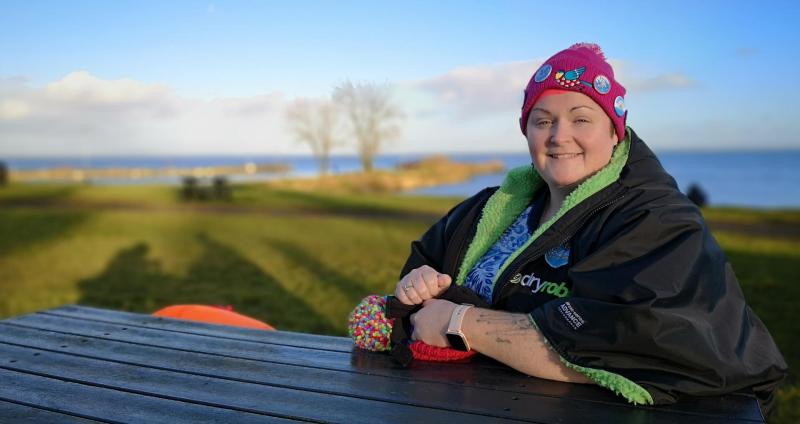 Mary O'Hagan formed the group after noticing a demand for open water swimming.

A group of swimmers based in County Derry say taking to the open water has had a positive effect on their mental health and wellbeing throughout the Covid-19 pandemic.

Ballyronan Bluetits are based in the Loughshore village, but attract swimmers from all around the shores of Lough Neagh and beyond.

The group was formed in October 2020 by Mary O'Hagan, whose enthusiasm for open water swimming is leading many others into taking the plunge.

“ I approached the Bluetits swimmers in Wales and asked them to set me up a group here locally,” she told the County Derry Post.

“I had seen a few comments on Facebook from people who were keen to swim in this area. You're not supposed to be travelling off to the coast, so someone mentioned we could swim out of Ballyronan.

“I've lived four miles from Ballyronan all my life and it never occurred to me to swim in the Lough, I always would have gone to the coast to swim.

“Our sister group in Carrickfergus don't have the same experience of swimming in the fresh water, which gets to be a lot colder than the sea.

“We would get the water iced over, so it's particularly cold. About eight of them came down one day and we did an ice breaker swim at the slipway in Ballyronan Marina.” 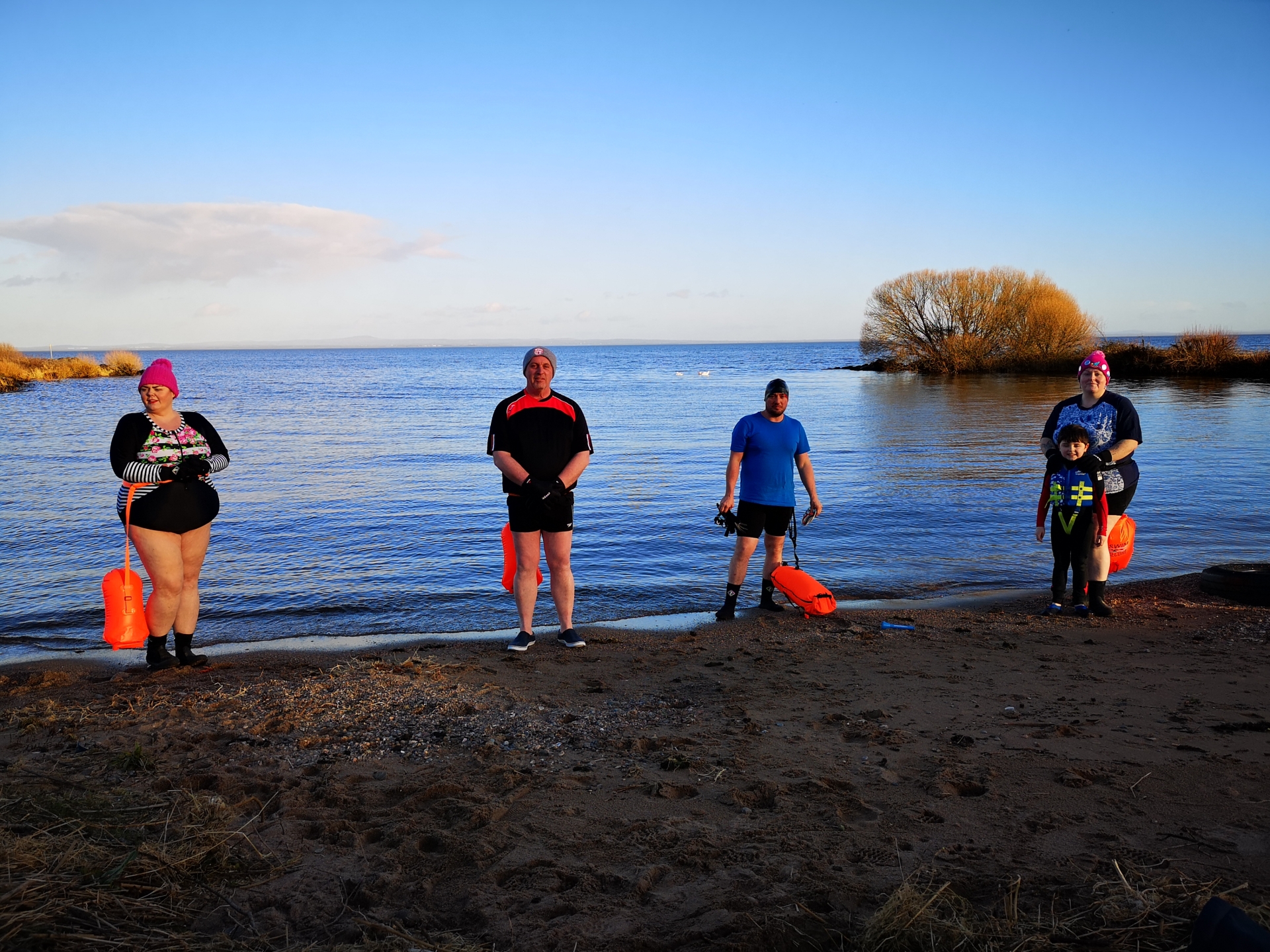 Mary suffers from a number of chronic illnesses, and open water swimming provides the perfect alternative to the more stuffy atmosphere of the swimming pool.

“I have several chronic illnesses, one of which is fibromyalgia, and the swimming pool for me is so noisy, so bright and so loud that I invariably will come out just feeling awful,” she said.

“A big part of outdoor swimming is being out in nature. When we are swimming in Ballyronan, I've had sygnats flying over my head, moor hens swimming around me, it's a totally different experience.

“You see it more and more over lockdown. People are out climbing mountains, hiking and swimming. People have made their way back to nature and are finding what's helping them mentally.

“It's a very theraputic thing. When you get into cold water, you cannot be thinking about anything. You can't think about a bill you have to pay, or the three days behind you are with home schooling.

“You can only think about what you're doing at that time. You have to be in the moment because you're in such an extreme environment with the temperature.

“There is nothing else to think about and the fact you're there, in nature, in the cold water, completely clears your mind. It's like pushing the reset button for so many people.” 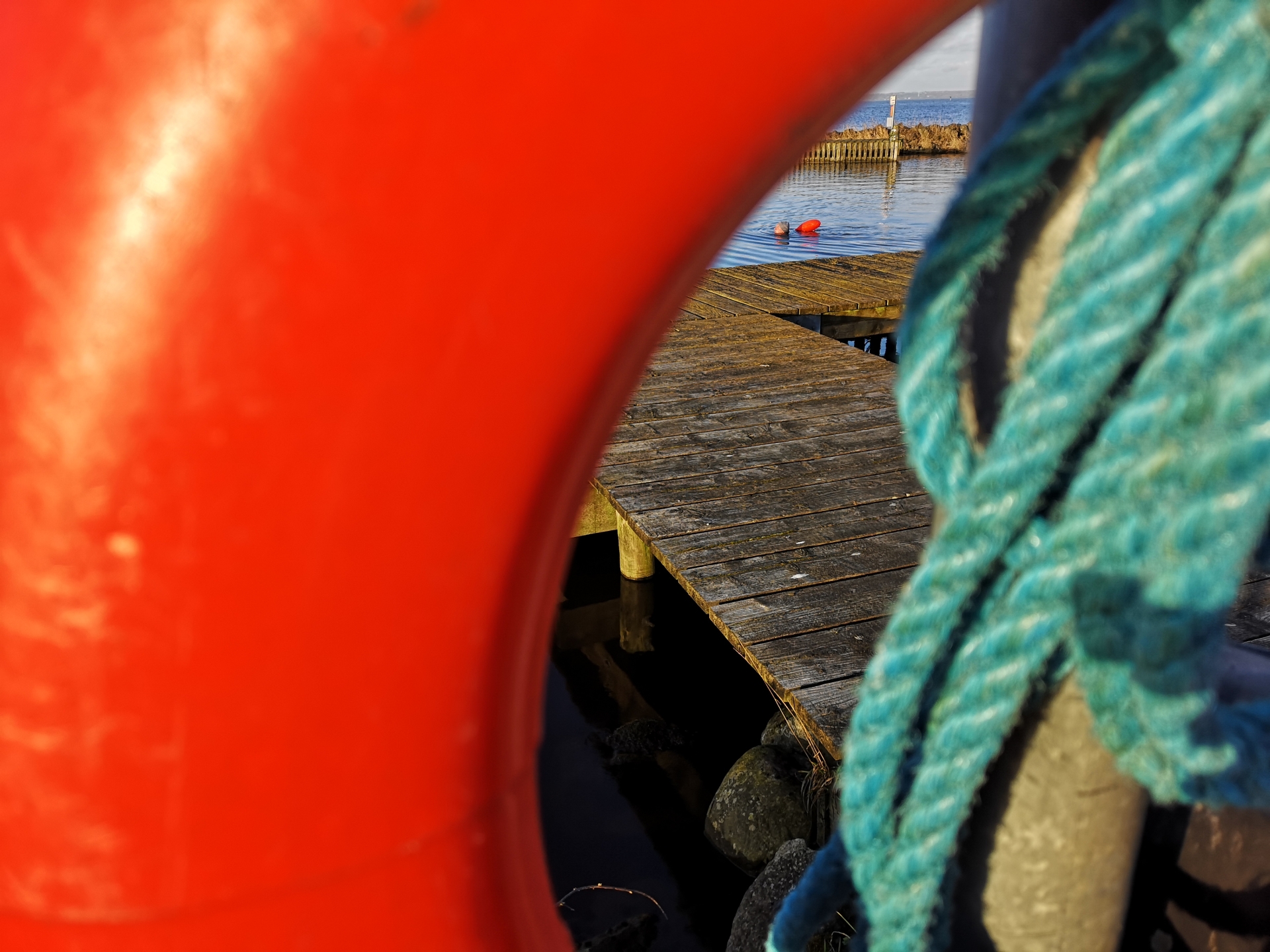 Vinnie making his way back to shore.

Of course, alongside the great benefits open water swiming brings, there are obvious risks, but Mary says the Bluetits have a system in place to ease new swimmers into life with the group.

“You have to be very mindful of the risks,” she said.

“I learned from the experience of the people I was swimming with. When someone comes new to our group, I'll take them one on one and guide them the whole way in.

“Everybody's body is different. What I can tolerate, others might not be able to. I have a good cold water tolerance now, but someone else who is very new might only be in a couple of minutes.

“The more experienced guide the less experienced. That's not to say I'm responsible for them, they have to make their own decisions.”

With the very idea of submerging yourself in icy water enough to make a lot of people grimace, the group members get a lot of comments when they are out and about. 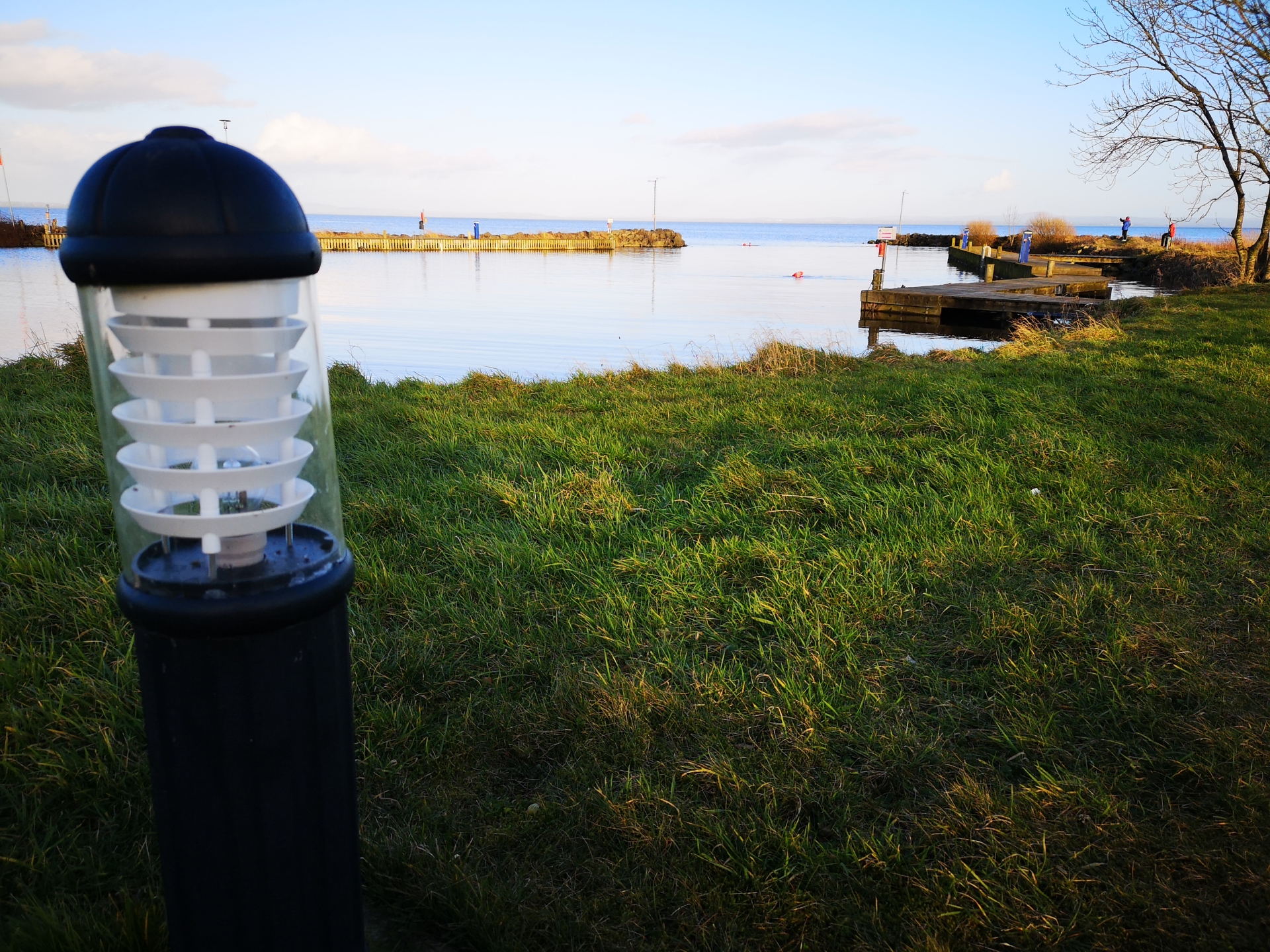 The Battery, Moortown, Co Tyrone, is one location the swimmers have used.

Mary, though, likes to turn the tables on those asking the questions.

“We get that a lot. I'll be coming out of the water and people will be saying we're not wise,” she said.

“But I say to them, 'you're not wise'. If they only knew the benefits they can get from that water. That person could be sitting at home maybe taking ten different medications from their GP.

“If they would take themselves out and experience what we're doing, it would make a difference. For me, I had read about the benefits of it and thought I would try it.

“From the first day I was hooked. You get a real sense of achievement and come out feeling like you can do anything, take on the world. That's what it does for you.”

Mary even goes as far as to say it is the open water swimmers who are closer to normality than those who baulk at the idea.

“It's all attitude. 90 percent of it is in your mind. Your body can cope with it, it's just your mind you have to convince,” she said.

“We all live in these lovely super-heated houses now and we go to bed with electric blankets and we fear getting out into the cold.

“That's not the way humans were designed to be. We lived in caves, we dressed in furs and we were exposed to all these different things we aren't any more.

“Our bodies are not designed to cope with living in comfort 24-7.”

WATCH an extended interview with Mary at the site of a swim in Moortown, County Tyrone here.

'I've lived a dream, spending most of my days under water'

Proposal put forward for an outdoor swimming pool in Buncrana