The sculpture on the town's Main Street captures the characteristics of the area. 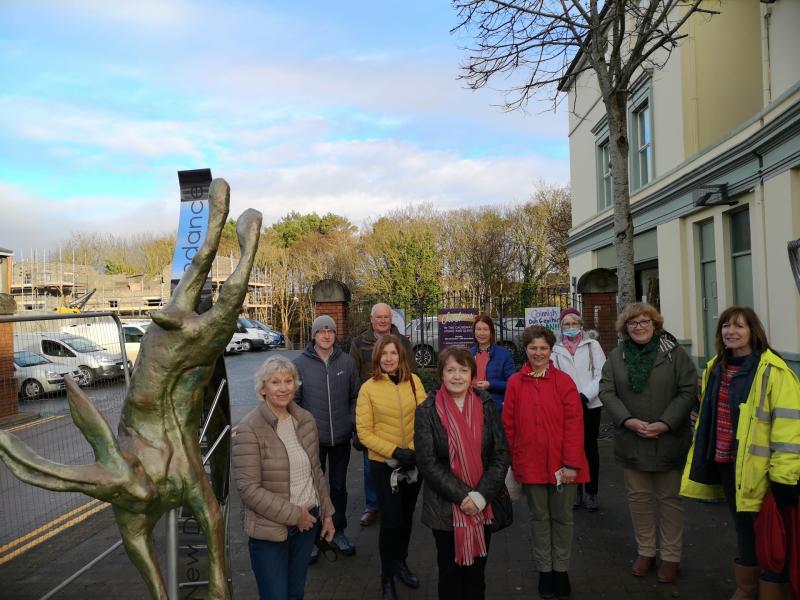 A new public artwork has been unveiled on Dungiven's Main Street.

Causeway Coast and Glens Borough Council held a consultation with the group, whose members are drawn from different backgrounds within the community, to shape the project.

“They asked what was significant about the local area and we came up with artistic ideas,” said Denis McHenry, one of the group's members.

“We made our submission and it was scored and then the artists came back with five or six different pieces and we were involved in picking one. 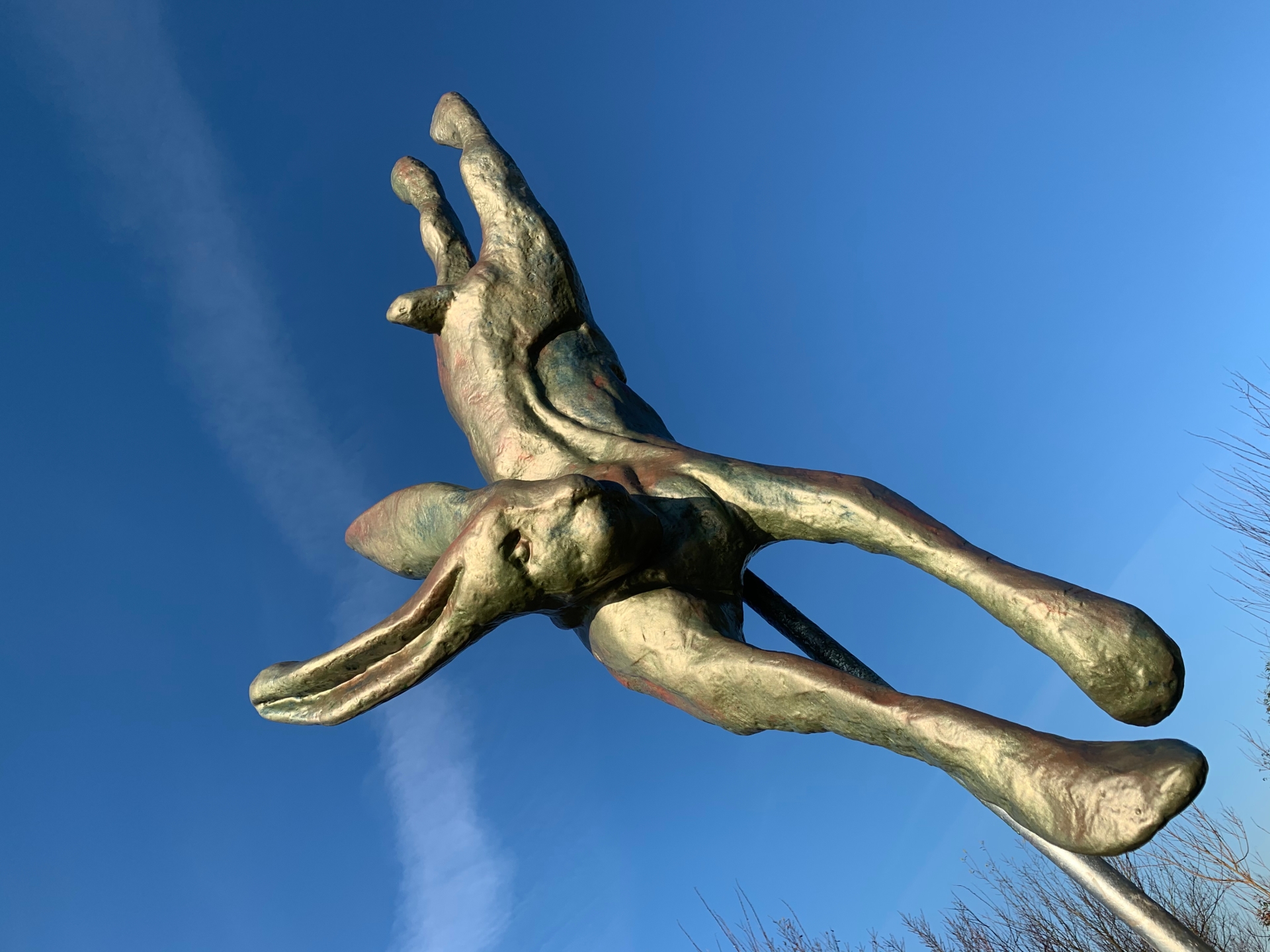 The hare represents the nearby mountains.

“It's an Irish hare, a native species and it's representing the Sperrins and then you have the river on the background. It's perfect for a town like Dungiven in a rural setting.

“It's very unique as well. Sometimes art can be similar, but this is different. It's going to become a talking point.”

The sculpture consists of a native Irish hare mounted on a stone podium, with a stainless steel feature behind the hare, and decorated with a number of motifs that symbolise different aspects of the town.

At its unveiling last Thursday, artist Sara Cunningham-Bell told the assembled members of the group it was important the piece was in tune with the character of the local area.

“I think for it to be significant, it needs to listen to where it's going and who is going to see it,” she said.

“This river element, this stainless steel, is representing our three rivers, which are going around the town of Dungiven and is reflective of the water that reflects the colour around it.

“It's reflective of us as we pass by. It's got three names on the front of it; New Dawn, Renewal, Abundance. They're all positive, dynamic words that are pointing us in the direction of the hare.

“This is actually a female hare and the hare is one of Ireland's oldest mammals. It was here in the last Ice Age, 12,000 years ago, and it has learned to adapt and support its family through huge change.

“The families of Dungiven have also learned to adapt and change and support their families the same way. The hare is symbolic of that.

“We've got this road going past Dungiven, but that won't change how strong we are as a community. The hare is saying we are dynamic, strong, a solid community. 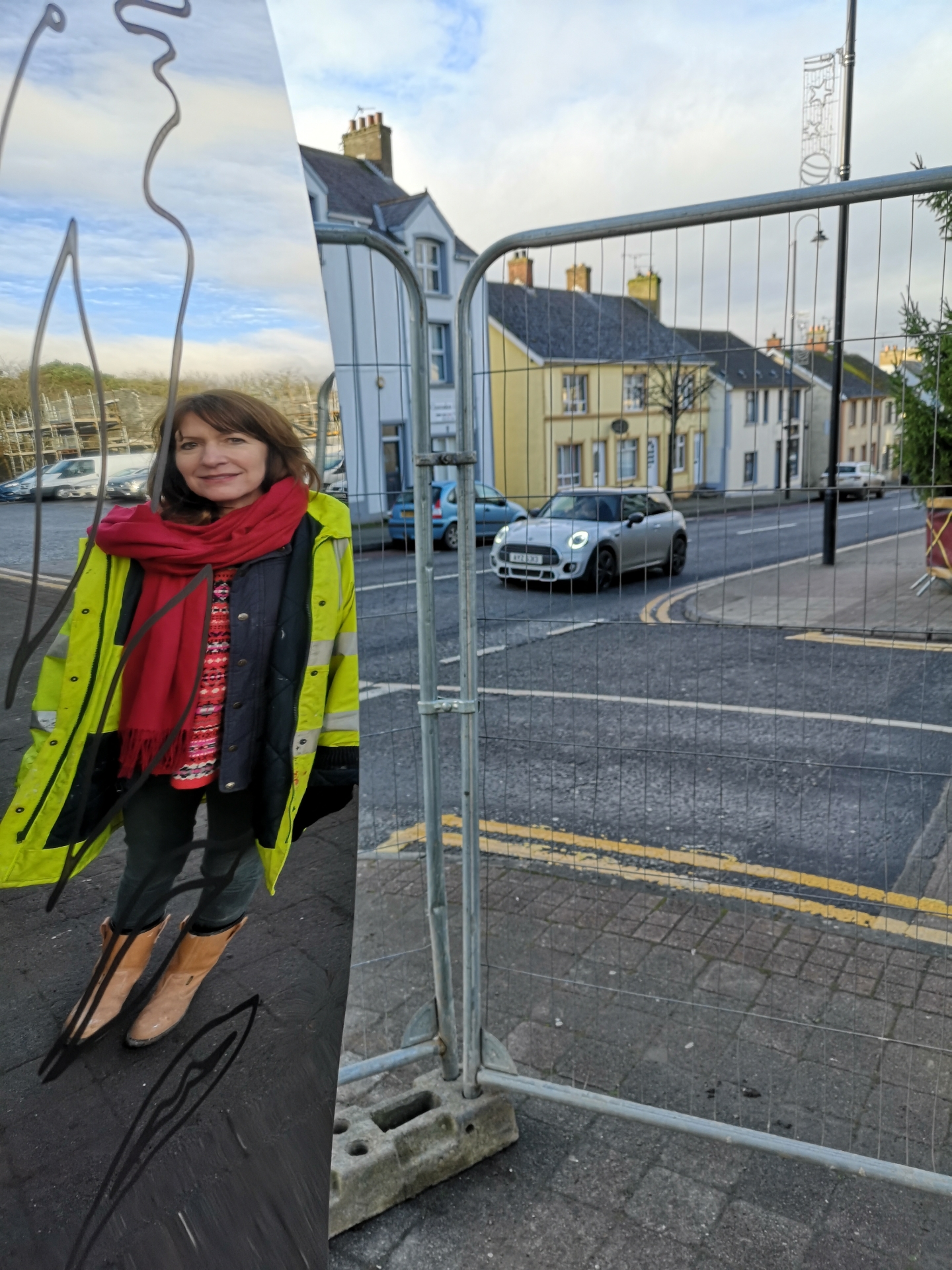 The work reflects the artist: Sara Cunningham-Bell is behind the piece.

“The community markings are there, etched onto the polished stainless steel. The stone at the bottom is representative of the hidden stones at the bottom of the river beds.

“It symbolises something that has weathered over time, but it's there, it's solid, it's strong.”

In what has been a difficult year, the community in the town has pulled together and Dungiven Regeneration Club are hoping the sculpture can provide the town with a further lift.

“People will be asking who was involved and what it is. There are people from all sorts of backgrounds here,” said Denis McHenry.

“It's a good way to get the community together, and it's a long time since Dungiven had something like this. It's good to see it.”