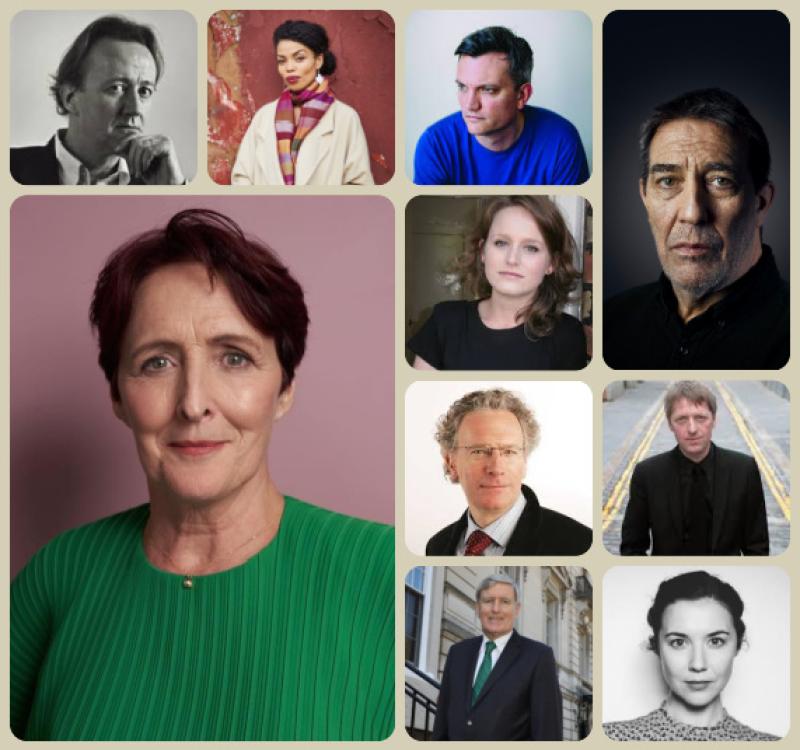 Some of those taking part in the Heaney celebration.

Renowned figures in the world of film and literature are to come together to celebrate the work of Seamus Heaney.

Actors, authors and an ambassador are taking part in a one-off programme of performances to mark the 25th anniversary of the award of the Nobel Prize in Literature to the County Derry poet.

Seamus Heaney HomePlace, the literary centre in Bellaghy which celebrates the poet’s life and work, is staging a series of virtual events available from Friday, December 11.

The programme will celebrate the anniversary when Seamus Heaney became one of only four Irish writers to receive the most prestigious literary award in the world.

A Nobel Celebration – 'more spacewalk than stepping stone', a title which uses Heaney’s own words to describe his journey from South Derry to the Stockholm stage where he received the Nobel Prize, will be opened by actor Ciarán Hinds with a specially recorded reading of Heaney's poem ‘Digging’.

The occasion will include a key note address from Daniel Mulhall, Ambassador for Ireland to the United States, talks by renowned academics and authors Rosie Lavan and Roy Foster, and an introduction to her acclaimed version of Seamus Heaney’s ‘Anahorish’ by Lisa Hannigan.

As well as its focus on Heaney’s work, this production will also celebrate the work of the other three Irish Nobel Literature Laureates - WB Yeats, George Bernard Shaw and Samuel Beckett.

Leading actress, Fiona Shaw, will read an excerpt of Beckett’s ‘Happy Days’, while the life and work of George Bernard Shaw will be analysed by journalist, Fintan O’Toole, who will also be part of the panel discussion on Yeats with Mark O’Connell and Emma Dabiri, titled ‘The Centre Cannot Hold’.

This event will celebrate the 100 years anniversary of the publication of ‘The Second Coming’ and is presented in conjunction with Yeats Society, Sligo.

The line up will provide a thoroughly unique perspective on Irish literature and its celebrated writers during these unprecedented times, while showcasing the breath and quality of guests and performers regularly appearing at Seamus Heaney HomePlace.

In early 2020, HomePlace brought The Helicon theatre online through ‘Keeping Going’- named to recall Seamus Heaney’s poem dedicated to the perseverance and stamina of his brother Hugh - via a 6 week virtual arts programme featuring some of Northern Ireland’s best artists and authors.

Councillor Cathal Mallaghan, Chair of Mid Ulster District Council, said: “Mid Ulster is very proud of Seamus Heaney HomePlace and while we celebrate the life and work of Seamus Heaney in every aspect of our work, this significant anniversary – 25 years after the award of the Nobel Prize - deserves to be marked with an event worthy of the occasion.”

A Nobel Celebration – 'more spacewalk than stepping stone’ is a virtual event, with tickets available for online viewing from the Seamus Heaney HomePlace website, which will be on sale from Wednesday, November 18, for £15.

Each ticket will allow the audience the opportunity to watch and re-watch the entire event from December 11 up until December 20.