We are all in this together

In the latest in a series of articles which have been commissioned by the lobby group 'Think 32', Joe Martin, a writer, former teacher and a founding Board member of the Greater Shantallow Partnership, outlines his views of a future Ireland.

Joe Martin: "We must learn to think beyond borders."

The above heading is a mantra, which is quoted from time to time, as we face Covid-19.

I am struck by the thought, however, that the last time Ireland was confronted by a pandemic (the 'Spanish flu'), the island was then one administrative unit.

I know little about by what method the authorities dealt centrally with the horrors of that catastrophe, but I doubt that it was distilled through a 'memorandum of understanding', the oft-quoted mechanism for North/South co-operation today.

The sub-division created by the border was a political expedient which was engineered to end the horrors of war.

Now, more than ever, it is time for us to consider urgently the ending of that division so that we can confront as one unit the dangers and the threat of other unimagined disasters, which may lie ahead of us.

Where did we drop the ball, when did we lose the script, when did we allow a people who are so close, geographically, to be as far apart as they are in confronting a common foe?

Consider the benefits to each one of us if we were actually working together in the spirit of 'we are all in this together.'

The spirit of co-operation would enhance us personally and as one people we could move in a common purpose and enjoy the mental and physical benefits of such.

Take uniting Ireland out of politics and build it into the mind-set of all our people.

Political arrangements should be an outcome of a one-fits-all approach, not an impediment to such.

We must learn to think beyond borders.

It is ironic that the European CommUNITY and the UNITEd Kingdom can be the source of division.

We are increasingly aware of administrative divisions in our lives, there is even a checkpoint at the door of many supermarkets today, for good reason, but this does not mean that we are different people, when we cross these checkpoints or that the people we meet 'inside' are different from ourselves.

As a young learner, I recall becoming aware of the difference between the physical geography of mountains, rivers, seas, oceans and the political geography of frontiers and borders and consequent flags and emblems.

Last winter, I attended a public meeting on the theme of 'Think 32'' It was attended by a cross-section of local people, including representatives of some political parties and we were informed by the views of a leading academic.

My motivation in attending was that I hoped to see and hear of fresh thinking, which might point to a resolution of our ages-old divisions on this island.

At the time, I felt that the idea of thinking in terms of thirty-two instead of in terms of six and 26 was in itself progressive.

In the interim, my thinking has evolved and I now believe that we should 'think one' and leave behind ALL divisions.

I regret that a recent initiative based on the concept of a 'shared' approach is in itself paying lip-service to division, as a unit has to be divided before shares are apportioned.

Other thinking about a 'New' Ireland seems to me to indicate an ambition to create a nirvana, to accommodate 'new' thinking on, among other considerations, the sanctity of life.

I am tempted to think of the con-job of the 'New University of Ulster,' branded to divert attention from the down-grading of Derry, or the 'New Labour' project, which emasculated a noble political tradition.

In fact, Ireland is here and now, if only we can see it and learn to ignore the administrative constraints resulting from the border.

Covid-19 has been a catalyst and has awakened us up to realise the foolishness of having distinctly separate administrations on such a small island.

This reality is compounded, in my opinion, by the illusion that there is cooperation between the two 'sides'.

Let’s all think as ONE.

There is no need to rehearse the adverse impact of division but the very existence of such should sharpen our appetite for better.

We, who live in one part of the island, feel equally for our brothers, sisters, other relatives and friends for whom housing shortages, hospital waiting lists and endemic poverty are everyday realities, wherever they live.

I heard a local broadcaster recently who waxed lyrical about the beauties of Galway, discovered on a 'staycation'.
It took the pandemic to open his eyes!

Why cannot we all 'Discover Ireland'?

I can guess that seasoned politicians may read these thoughts as rather naïve and somewhat oblivious to economic and social realities but we must begin somewhere and the best place for that is in our own minds, where we can entertain the luxury of thinking beyond borders.

After partition, the Boundary Commission was held out as a panacea, which might resolve some of the anomalies created by division.

Likewise, the Good Friday Agreement promised that the issue of partition might be resolved some day through a border poll arrangement.

The solution was not found in the 1920s and I fear that I can already hear the drums beating as people begin to take sides suggesting that a referendum may deepen divisions.

We must move beyond the thinking and language of what was once unkindly called 'nouthsouthery' and get our heads beyond borders.

This applies whether we are young people in Belfast, Ballymena or Tallaght suffering from mental health problems, or if we are homeless people in Dublin, or if we are a family living in an area threatened by the scourge of drugs, North, South, East or West, if we are older people in care settings living behind a 'ring of steel,' if we are migrants trying to find the Ireland of the welcomes.

The rich Ulster Scots heritage of East Donegal is shared beyond borders right across to Mourne.

How ridiculous is it that we have to beg politicians in Cork and Manchester for support to enable us to have a fit-for-purpose third-level learning institution to serve the natural hinterland of Donegal and Derry?

Why is one part of Ireland within the remit of the Department of Foreign Affairs in another?

An acquaintance once told me that she was heading off for a break 'down South'. To my question about where she was going, I was shocked to be told, 'Malin Head' (think about it).

I recall lines from the Inishowen poet Matthew Sweeney, about a childhood trip from Ballyliffin to Derry, when he wrote that to go to the North, he travelled South.

Is it not time we wised up?

The border, soon to 'celebrate' its centenary has enabled Unionism, based in Belfast, to affirm its identity to the extent of recently holding the balance of power in Westminster and has allowed Dublin governments to bring closer the realisation of Emmett’s epitaph ambitions but it remains an obstruction to effective change on this island.

I started this piece with a slogan and I do not mind concluding with another in an effort to get us all on the one road.

YOU KNOW IT MAKES SENSE. 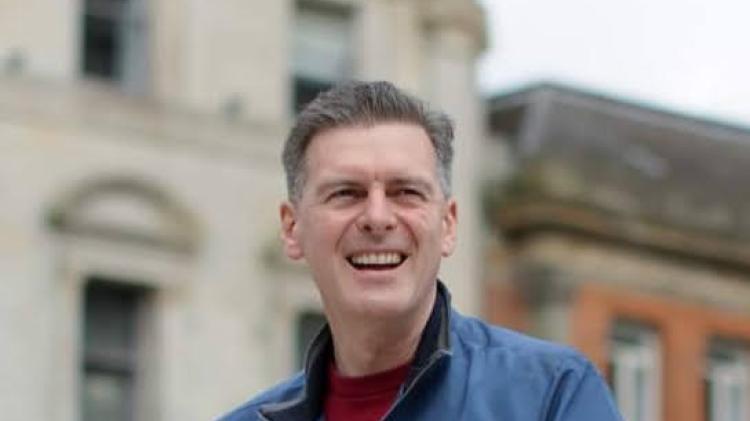