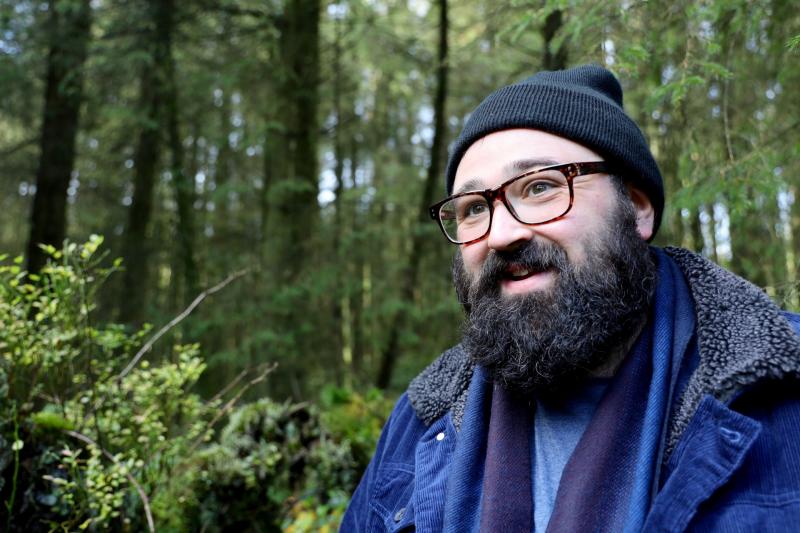 A local musician and spoken word artist has hailed the influence of the land on his work as he prepares to launch his second single under his newest incarnation.

Andrew Farmer now lives in Larne, County Antrim, but for the Desertmartin native, transience is temporary, with his prose anchored in the land on which he grew up.

Having spent his formative years on the family farm a mile and a half outside the village, the 37-year-old, who performs under the moniker 'Frmr', says his upbringing is a big influence on his work.

“I try to find interesting places around Mid Ulster, or places I spent my childhood, and weave them into songs, he told the County Derry Post.

“I grew up working on the farm, looking after sheep and doing all the things that a farmer's son has to do, rather than what they want to do sometimes! 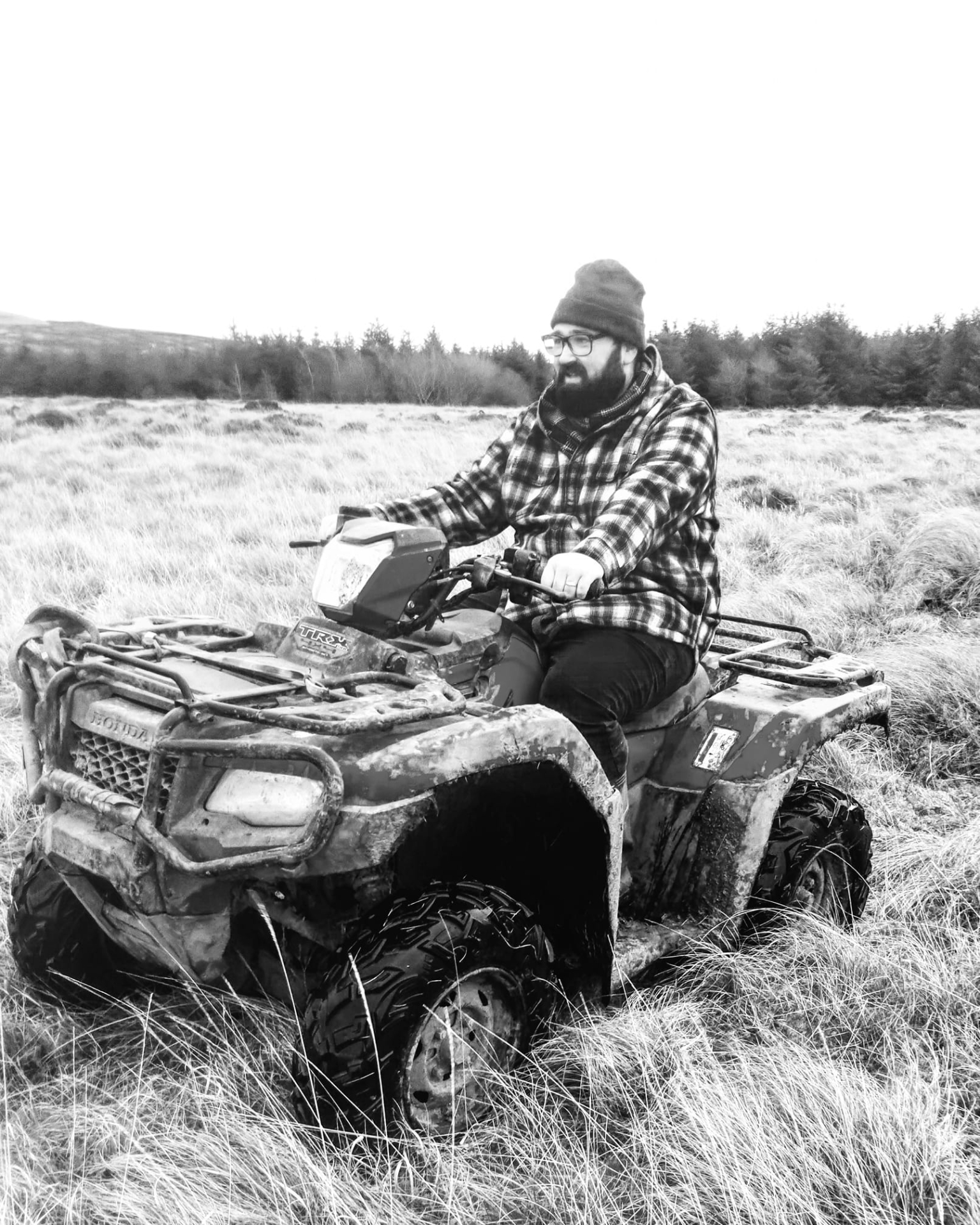 Andrew on the farm.

“There are a lot of place names and townlands weaved into the songs and the poems. I love looking at old maps and following rivers, doing those obscure things that bring these areas to life through song.”

His recently released single, 'Inver' is written about the area in which he now lives and focuses on the lesser-explored countryside around the town of Larne.

Nature is also central to the follow-up single, 'Amalanchier' which is set to be released in the new year.

“It's a tree. I used to work in horticulture so I know names of hundreds of different plants. Amalanchier is a tree I always liked, because it does everything,” he said.

“It flowers, it has autumn colours, and it has fruit. One of its cousins is a tree called the medlar and the fruit of the medlar is only edible once it starts to decay.

“I liked that metaphor. Sometimes when things start to decay, you can find the beauty in them. I was playing and singing for a long time and then got a bit burnt out and gave it up for a while.

“I didn't have much inspiration or motivation and then I started writing poetry and it led me back into the music again.”

'Frmr' is not Farmer's first rodeo. A trip to America in 2009 parachuted the County Derry man into the heart of North Carolina's folk music scene. 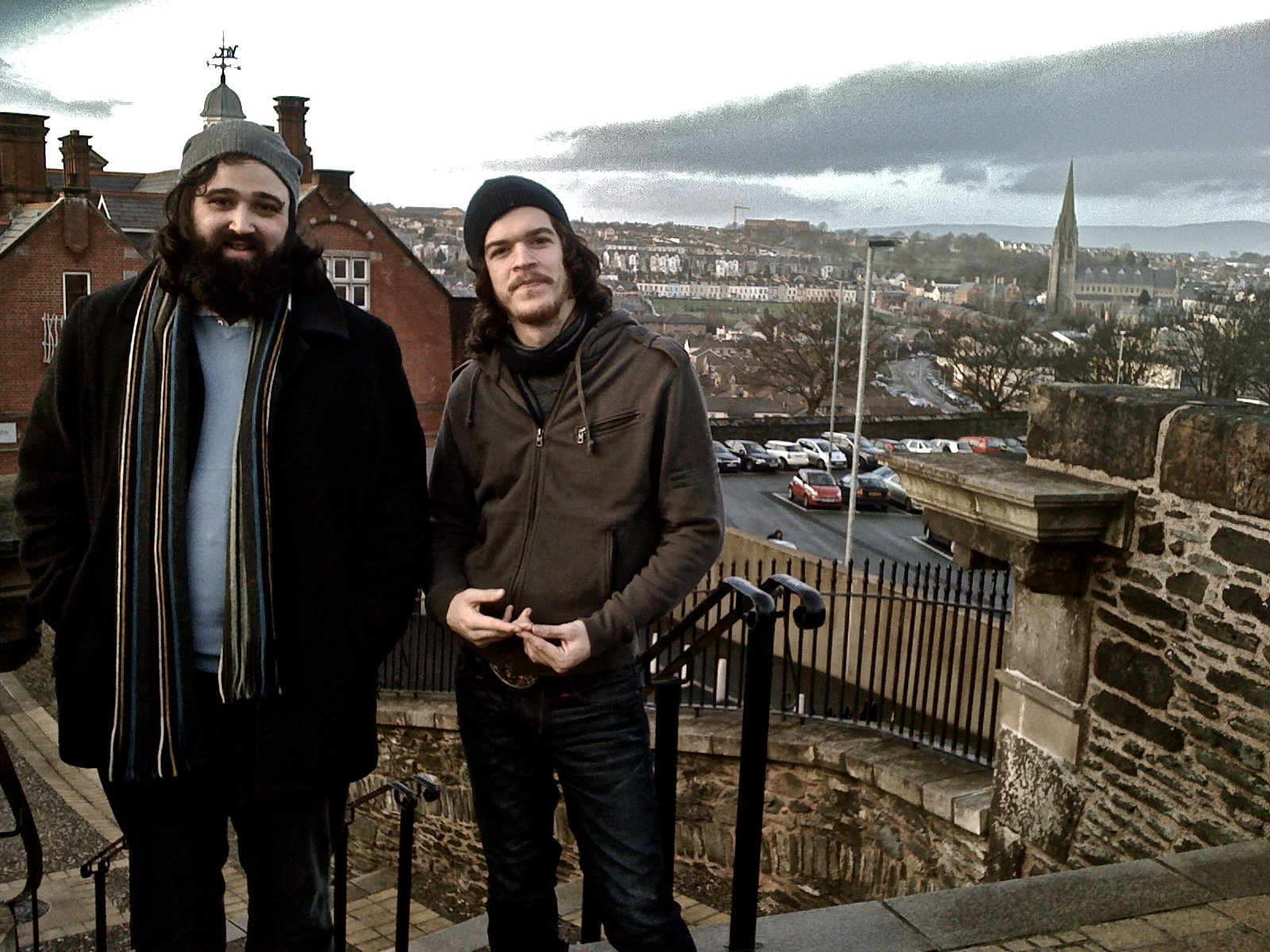 Sons of Caliber, made up of Andrew and friend Stephen George Williams, pictured in Derry.

Alongside US native Stephen George Williams, Andrew returned home and formed 'Sons of Caliber', a two-piece in which the versatile duo performed on banjo, guitar, vocals and kick drums.

“When I went to America in 2009, I began to learn how musicians work and I met a lot of people who were playing music on the folk circuit,” he said.

“I was in North Carolina, just across the border from Charlotte in South Carolina. That was a great year, I was out in a school doing music and creative writing.

“American life is great and the weather was fantastic but your people are at home; your family and friends. It's nice to belong and no matter how far away you are you don't forget where you come from.

“We all face that. I have friends who moved to New Zealand but they've all come home. There is something unique about Ireland. The weather is crap but maybe that makes us better songwriters.”

South Derry has a strong affinity with poetry, forged through the brilliance of Seamus Heaney, but for Farmer, his style is based more on performance than literary acclaim.

He casts further back in the island's history for his inspiration. 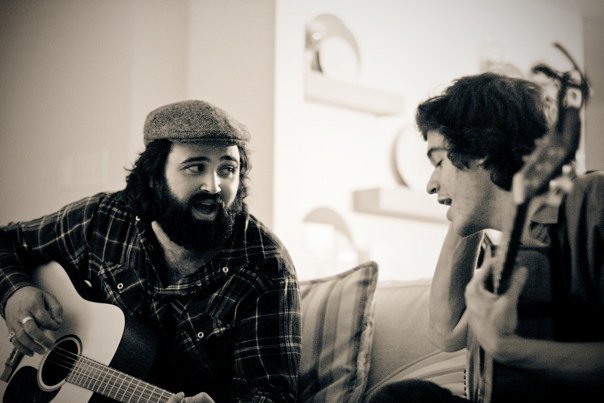 “I love the rich history of poetry in Ireland, it has some of the oldest poetry in Europe. I love that tradition of folklore,” he said.

“There are stories about the bards and that aural tradition of poetry in Ireland. It was used to remember the law and hand down custom.

“Satire came from that time too. They called it the poet's curse. If you annoyed a poet he would sing about you for generations.

“There was a story that said Columba came back from Iona to defend the league of poets from a king who was angered by something a poet had written.

“In ways, they were the gatekeepers of free speech.”

Modern day creatives are operating in a more uncertain climate. The Covid-19 pandemic saw Andrew furloughed from his sales job, but there were some unexpected benefits for his artistic work.

“I had already recorded the record [Inver] and I was furloughed, so it gave me time to work on art. The Ulster Orchestra put out a call for people who had written songs during lockdown,” he said.

“I put a song into that and got picked for that, so creatively, it was good in that sense. There were nine or ten artists who got to go into the Waterfront and record their song with the Orchestra.

“That's hopefully coming out at the end of December or start of January as an album. The scheme was called Your Song Now. It was a nice thing to focus on and prepare for during the most stressful time.” 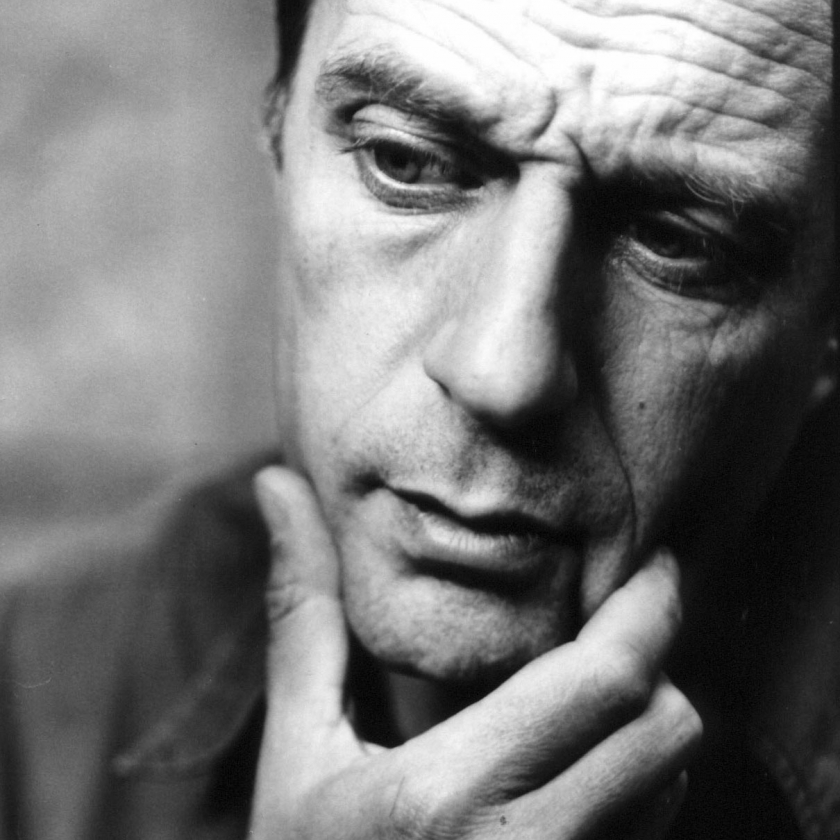 Much of the village's association with poetry can be linked to Tom Paulin's poem 'Desertmartin' in his 1993 publication 'Selected Poems 1927-1990'.

The poem paints a grim picture of the area, proclaiming a' theology of rifle-butts and executions' among a 'culture of twigs and bird-shit'. Andrew Farmer bristles at the suggestion.

“There is brokenness and division in every community, but there is beauty too. He painted a very bleak picture,” he said.

“There was a line in that poem that said 'these are the places where the spirits die'.

You can read more information about, and listen to Andrew's work by visiting his website.