Dealing with grief during the Covid-19 pandemic

A grieving daughter returned to Dublin for the burial of her beloved father, and found comfort in all the various forms of communication during these Covid 19 times. This is her story. 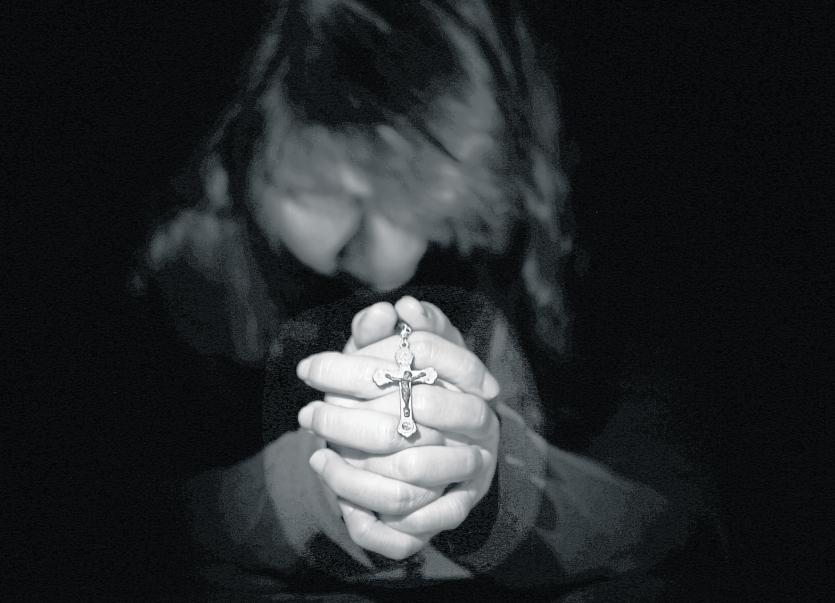 Just like so many other families bereaved during this pandemic, we had to curtail the usual Irish wake and funeral

We give out about technology, how we no longer talk to one another, how children and adults are ‘addicted to it’, but I was so glad to have it when my lovely Dad passed away on April 1.
Just like so many other families bereaved during this pandemic, we had to curtail the usual Irish wake and funeral, in that we couldn’t have a wake and the funeral mass was confined to eight, Mam and her seven children, no spouses, no grandkids. It’s been odd, to put it mildly.
We were lucky in some respects. Dad didn’t die of Covid-19, so we could have an open coffin. The funeral directors were very kind and gave us a room that opened out on to the street, with a key and 24-hour access. We compiled a rota, each family unit had a slot to spend time with him, say their goodbyes, tell him how much we love him and how much he will be missed. That is something some families didn’t have and we are very grateful.

Find Positives
Dad was someone who looked for the positive in difficult situations and so I have tried to find the positives in this situation and technology certainly is one.
My youngest brother and I went into the family home to look after Dad with Mam when he was discharged from hospital at the beginning of Lockdown, requiring 24-hour care.
Despite it being the most difficult thing I have ever had to do, physically, emotionally and psychologically, I was privileged to be with him when he died. Our five other siblings had to contend themselves with saying goodbye through a mobile phone pressed to his ear.
But we had a mobile phone. Without that technology they wouldn’t have been able to talk to him as he drifted off to his God. The mobile phone was again put to good use to let the community know we had left the funeral home and were on the way to take Dad past his house for the last time.
They lined the street, two metres apart, in their family units, to say goodbye to their neighbour and friend. What an emotional journey for us. The power of neighbourly love surrounding us in our grief. It meant so much to us all but particularly to Mam.

Across the globe
The mass itself was broadcast live over the internet. People gathered around their computers across the globe to watch, South Africa, Australia, Canada, the United States, Italy and many parts of the UK. I could feel the presence of those watching, even though there were only eight of us in that church.
There were Prayers of the Faithful read, recorded and broadcast from my aunt in Canada and my niece in Australia. My own children recorded a hymn to be played during mass. Dad’s favourite pieces of music from his own collection of recordings were used instead of a choir. It was very personal, all possible because of technology. The greatest gift came from the wonderful tributes written by those who knew him on RIP.ie, in mass cards and in letters.
Many others took the time to send notes of condolences by text, private message and other on line platforms. All possible due to technology, all printed off and kept safe.
Numerous others rang to talk to Mam. We could take our time with each correspondence, however it was made. At a traditional funeral the condolences are sometimes hurried because the queue is so long. For the bereaved it can all be such a blur, too grief-stricken to take it all in.
The traditional wake and funeral will not be back any time soon. Those of us who have lost loved ones must grieve differently than before. There will be time to celebrate their lives when we can meet in large numbers but we must wait a while until we can.
In the meantime, for those wishing to sympathise write a letter, post a card, or use technology to send a message: line the streets two metres apart to show your love and support for those grieving.
Together, and only together, supporting one another, will we get through this pandemic. Be kind to others and as importantly, be kind to yourself. There is always a positive to be found.

WATCH: Chrissy McKaigue's relief at Slaughtneil being back at the top of the tree

The 212 service operates between Derry and Belfast.

The sorting office at Great James Street in Derry.

What is the current Covid situation in my area?

The proposed location of the new housing development in the Buncrana Road/Coshquin/Whitehouse area of Derry.

People will get to have their say on ambitious plans to build 3,000 new houses within new 'urban village' in Derry

Andrew performing with his group, The Bleu Note Big Band, in the City Hotel, Derry.

Derry singer Andrew Monk... have you met him yet?

Business Development Manager at NWRC Sinead Hawkins is encouraging graduates to apply for the new programme.