Pair are exploring ghostly goings-on in the local area 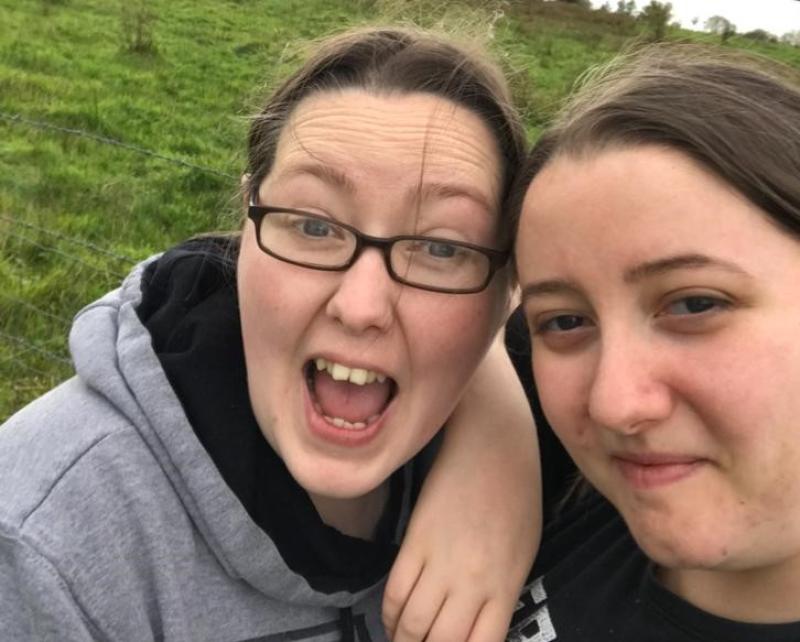 Nikki and Kim are enjoying their ghostbusting activities.

The plucky pair have visited the city's most haunted hotspots in a bid to capture signs of paranormal activity on camera.

Nikki Dunne, who is the Technical Manager at the Waterside Theatre, found herself at a loose end after getting furloughed back in March.

She and her wife of almost two years, Kim Quigley, 27,  found themselves with lots of free time on their hands and they came up with a novel way to fill it.

"We've always been big fans of horror but when lockdown happened we kind of fell into a rabbit hole of YouTube videos about ghosts," explained 32-year-old Nikki.

"Derry and Ireland has so much history but there weren't many videos made here so we decided it would be cool to do our own.

"Some of the videos were so crazy you would think 'that has to be fake' so we were looking for proof for ourselves in a way.

"Don't ask me why we are doing it - we are two scaredy cats."

Kim is a self-confessed skeptic, but Nikki says she has believed in ghosts since a recent unexplained incident.

"I thought I saw someone behind in the reflection of a window, but when I turned round to talk to him there was no one there," she said.

Eager to settle their argument once and for all Nikki and Kim invested in a good camera and professional lighting as well as some specialised equipment which is said to pick up signs of supernatural activity.

"We bought a EVP reader, which records electronic voice phenomenon and anhich measures and an EMF reader which measures electromagnetic frequencies," said Nikki.

The women have now visited a variety of spooky spots in the North in a bid to find firm evidence of ghostly goings on.

"The videos are a bit scary and people will say to us that they won't watch them on their own or late at night," said Nikki.

"But we have some craic when we're out and about too and I think that's why people enjoy watching them because we don't take ourselves too seriously."

Nikki said making the videos has been a great distraction from the stress of life in lockdown.

"It's really good for your mental health having something like this to focus on," she said.

"There's so much work that goes into making the videos - people don't realise.

"I've really enjoyed it and I've developed a new skill set. It's something I would never have had time to do before."

The videos have proved a big hit online where their recent trip to Boom Hall attracted 1700 views.

"We were really shocked at how popular they have become, I never would have imagined that people would be interested in me and Kim running about in the dark talking to ghosts," smiled Nikki.

The couple's best evidence yet has been a series of pictures taken at Tully Castle in Fermanagh that appear to show a shadowy figure descending a set of steps.

"The spookiest thing for me was when we did an overnight video at the Waterside Theatre and a door closed by itself," said Nikki.

"We went home shortly after that!"