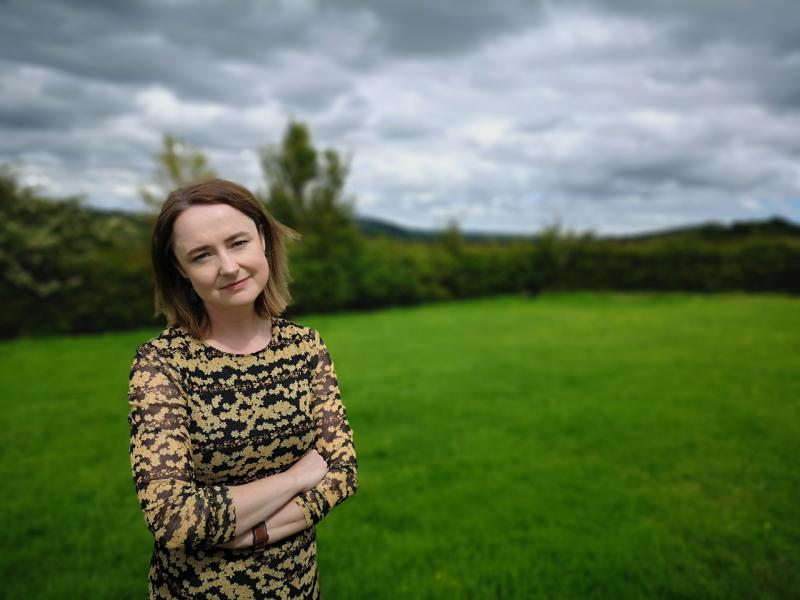 Siobhan O'Neill has just recently taken on the new role.

Craigbane native Siobhan O’Neill has recently been appointed as Northern Ireland’s Interim Mental Health Champion. Liam Tunney caught up with her to hear about her journey, plans for the role and how she almost ended up on a Vogue photo shoot in an Aran jumper.

“Is that you in the white car?”

Professor Siobhan O’Neill spots my hapless attempt at navigating the back roads out of Park from the window of the first-floor office at her home.

That vantage point in the North Derry hills will also act as the nerve centre for her new role, at least while Covid-19 regulations encourage working from home.

Siobhan is proud of her roots. She lives with her three-year-old daughter, Annabel, in close proximity to her sister and on the same land where she was brought up.

“I was raised on this farm, my parents lived here,” she told the County Derry Post.

“I went first to university at Queens in Belfast to study Psychology and then on to Galway for a few years to do a Masters.

“I worked down there too in the Department of Public Health after my Masters, and then came to work at Ulster University twenty years ago.

“I was getting married at that stage, so we wanted to move home. It was lovely being back and close to family, but it was great to get away as well.

“I totally understand why young people leave. If I hadn’t been in a relationship then, it might have been different.

“Sometimes you need to go away to appreciate what you’ve got here. You need to experience that and make a decision about where you want to be rather than just ending up here by default.

“Being away, and seeing how other people live their lives, is so important. It contextualises everything. You realise that there are other people with worse problems.” 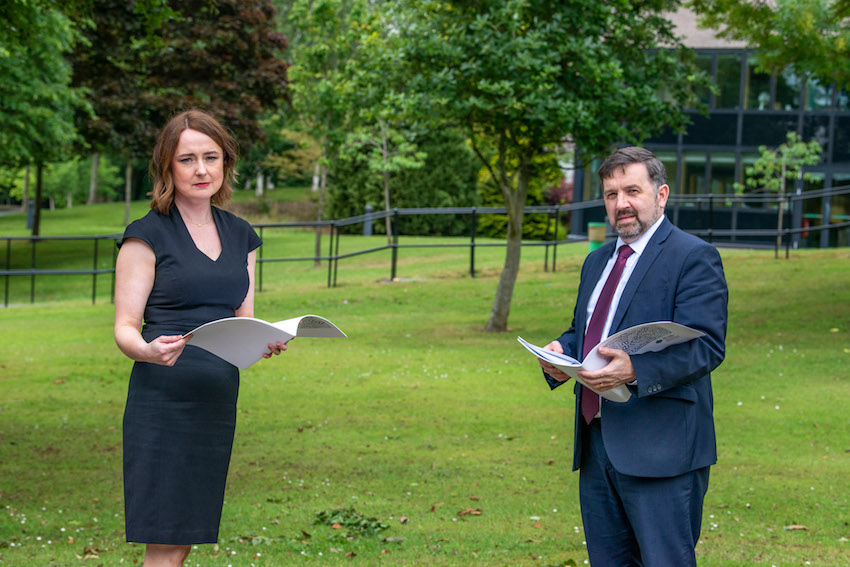 Those with worse problems have never been far from Siobhan’s mind and, while studying in Galway, she volunteered with the local branch of the Samaritans.

She describes the restless nights spent manning the phones as ‘powerful’.

“It was so valuable, really brilliant. I was looking, as a lot of students do, to do voluntary work that was in some way related to what I wanted to do,” she said.

“Going through their training programme, meeting other Samaritans and then being there for callers was incredible.

“The stuff they deal with and the number of people they help is incredible. It was 24 hours in those days - you used to sleep on site and take calls through the night.

“All sorts of people who discreetly do this work get a lot out of it. I benefited from it, I felt I was giving something back and it made me feel good about myself.

“You really are getting people through nights where there might be nothing else for them. It’s a really powerful thing.”

Siobhan led a busy existence. As well as studying for a PhD and volunteering with the Samaritans, she also worked part-time in Faller’s Aran sweater shop.

Such was the draw of the world-renowned Aran sweater, that she recalls Vogue magazine arriving at the shop one afternoon.

“In Galway, I worked in Fallers, selling Aran sweaters to American tourists,” she said.

“The tourists would have been a big market, so you would be talking to them about the sweaters you were selling them.

“One of the Vogue magazines came in and did a shoot with the sweaters. I wish I had bought some for myself now, but they were really expensive!

“It kept me going through my Masters, because there were no grants then, you had to work your way through it.” 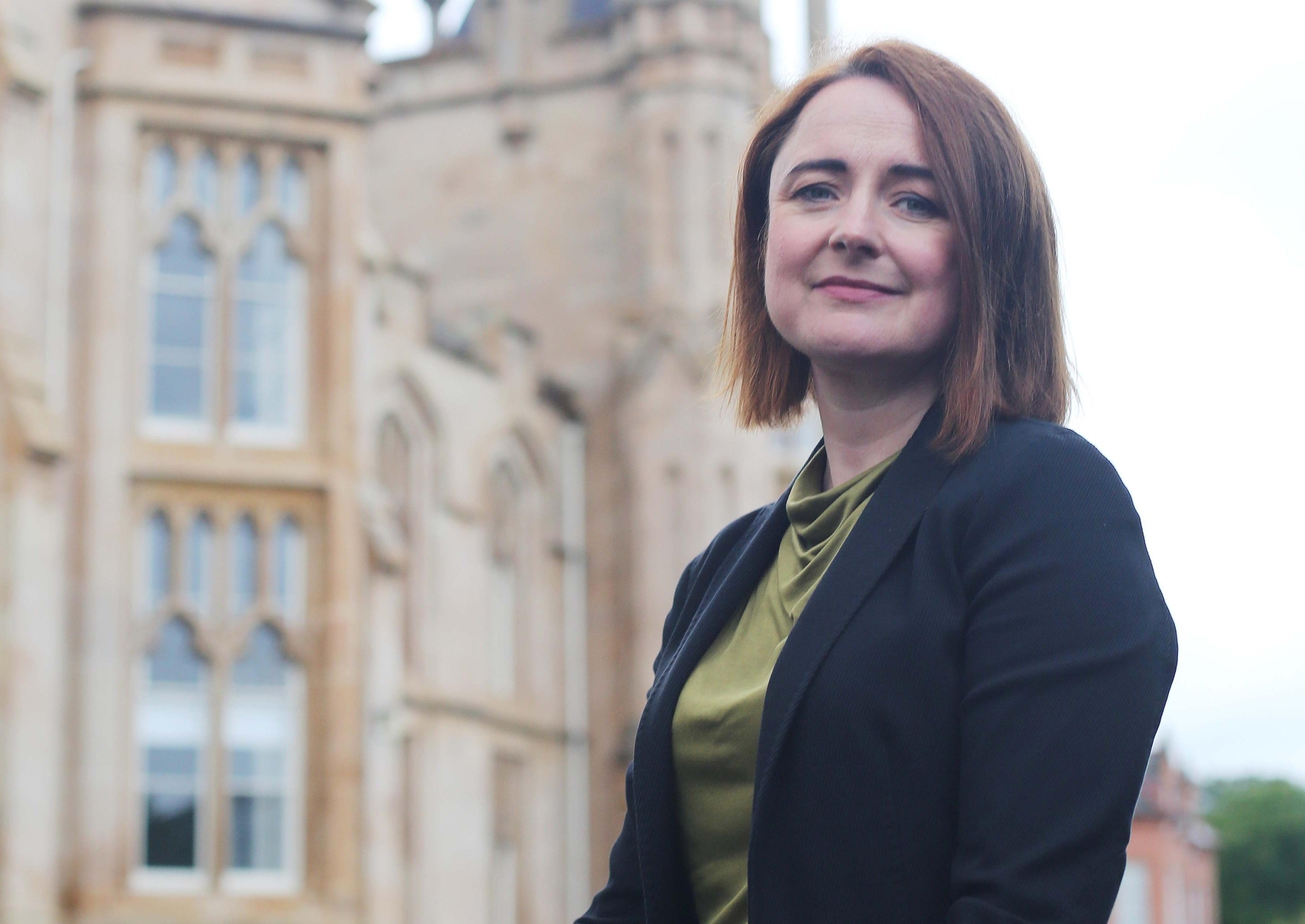 Now in the country’s newest and most progressive role for mental health, Siobhan is reflecting on the steps that led her into the field.

“When I finished my PhD, there was a research post for a job on a survey that Brendan Bunting was leading, which was the 2005 to 2008 Northern Ireland Study of Health and Stress.

“It was the biggest mental health survey in NI, and he was looking for staff to help run it, so I applied. It was part of a worldwide group of studies and led by a group from Harvard in the US.

“I got the job, which meant I could go to the US and work with some of the best people in the world and it was just brilliant. It was Brendan Bunting who gave me that opportunity.

The study became one of the widest-ranging research pieces on the effects of the Troubles on mental health in Northern Ireland.

At first though, the research team were sceptical about whether the methods used in America could translate to Ireland’s tendency to ‘say nothing’.

“We were saying, ‘people in Northern Ireland are not going to do this’, they’ll say they’re grand or they have no problems,” said Siobhan.

“There is a counselling or therapy culture in the US and here, there really wasn’t, especially in those days.

“If anyone had depression, they were ‘bad with their nerves’. It was really stigmatised. But we believed in it. The training we got from Harvard worked. What we found was mind-blowing.

“As the data was coming out, we realised that out of all those countries, we had the highest rate of post-traumatic stress disorder (PTSD).

“Other studies had shown high levels of mental illness, but this was showing that, using the psychiatric criteria for PTSD, our rates were 8.8%, which was the highest of all the countries.

“We were higher than Lebanon and South Africa. We were talking to people from those countries in the meetings and asking them what they did about mental health there.

“We were moving in a world that was delivering quality mental health services, and we weren’t there yet.” 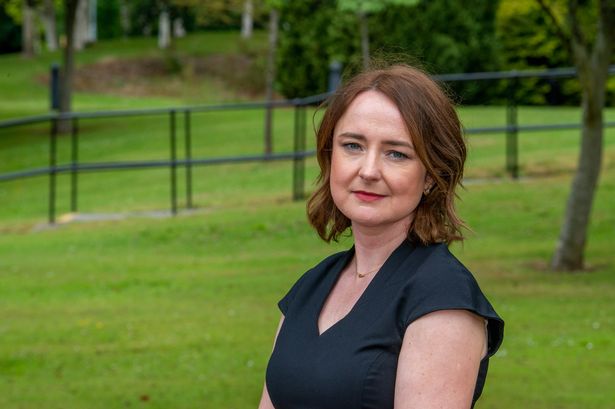 Twenty-two years on from the Good Friday Agreement, Northern Ireland is experiencing relative peace, but mental illness has not gone away.

While Troubles-related trauma still impacts on society, the driving factors behind mental illness are more diverse.

“The patterns have shifted. That study was 15 years ago and drugs have become a much more prominent issue in suicide now,” said Professor O’Neill.

“We have a new generation and the issues are slightly different. You’re finding more drug abuse now in rural areas that maybe wasn’t the case then.

“The Troubles are still in the background, because it has led to decades of disadvantage. Money that could have been put into struggling areas to bring them on has been spent on other areas.

“The impact is still felt, even though there isn’t as much shooting and killing. Every time there are historical cases or ongoing enquiries, it stirs up feelings and keeps people awake at night.”

Siobhan’s new role will see her champion the cause of mental health across all the different government departments.

The role was created as part of the 38-point Mental Health Action Plan brought forward by Health Minister Robin Swann.

Professor O’Neill has taken on the role on an interim basis in order to get things moving as quickly as possible.

“A few weeks ago, they asked me if I would be interested in doing on an interim basis. They wanted the work to start straight away because of Covid,” she said.

“They wanted a champion to be involved with the mental health strategy from the outset. A mental health champion would be an advocate or a voice for the people.

“It was something I found interesting, and I was wondering what type of person they were looking for, and then I got a phone call one day around a quarter to five.

“I couldn’t pass on the opportunity. If they believed I was a good person for this role, I thought I could make it work.

“I suppose it’s recognition that mental health affects all the different departments. When you’re building a road from Derry to Belfast, there are mental health aspects of that.

“How you design a bridge, planning a green space, making sure you have disability access – these are all mental health considerations. It doesn’t just fit in one place.” 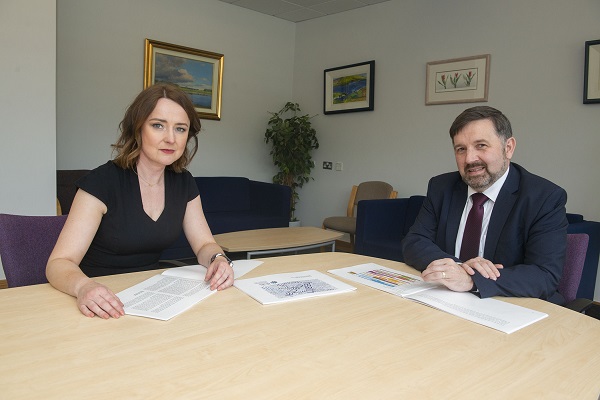 One of the key projects that Siobhan will be working on is the implementation of a mental health framework in schools.

She hopes it will supplement and help streamline the good work already going on.

“Most schools are concerned, and they are doing amazing stuff, but we need some oversight and strategic stuff to make sure that all schools are doing what’s helpful,” she said.

“Teaching young people about how to manage stress is so important. You can make a big difference. We’re trying to make it easy for schools to ensure that child gets support.

“Things that happen in the first years of life really do influence the rest of your life, including whether you get a mental illness.

“Living in a good home, with good relationships, is really powerful, but things like poverty and deprivation can be the biggest adversaries.

“Children’s response to stress can be different and it can get them into trouble if they can’t cope with it. You’ll have kids coming in [to school] scared, on high alert and they can’t learn like that.

“Stress reactivity and self-regulation is impacted if that early environment isn’t good and you can imagine how that translates into suicidal behaviour in later years, if something happens and they snap.”

Energy, drive and ambition will not be a problem for the Craigbane native. Asked to sum up her role, Professor O’Neill said it was about applying world-class practice to Northern Ireland.

“There are key committees I would hope to be involved with. I have a network of contacts who are doing research on what works, which will be useful,” she said.

“The first goal is to listen to people’s experiences. I want to do a proper piece where I collect that by talking to people.

“I’m hearing stories about people accessing services that hasn’t worked, and that’s a big thing, but I also want to find out what the magic ingredient is when it does work.

“I have no assumptions, but I have a plan in my head for how I can do the most good and ensure the voice of those with lived experiences is coming through.

“These aren’t things that are necessarily going to be too expensive. It’s about picking the best practice from around the world and, as far as possible, doing it here.”