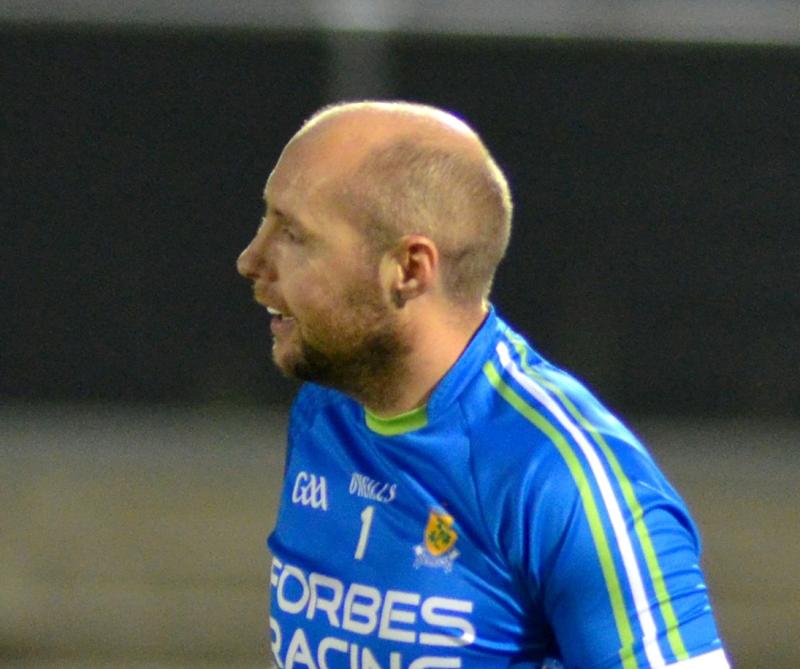 Selecting the best 15 club players over the course of the past 10 years was a much more difficult task than I had originally anticipated.

In a decade that was dominated by Ballinderry and Slaughtneil, it will come as no surprise that players from both squads feature heavily in this selection. Five clubs in total are represented.

Mickey C, as he is affectionately known, was a player who maintained high levels of consistency for many years. As the years progressed, all aspects of his game got better, a result of endless hours of hard-work and an inner drive to be the best he could be. He was a pivotal figure in the Shamrocks' famous three in a-row success.

An exceptional corner-back who possesses all the qualities required to defend in the modern game. He is quick, tenacious, rarely fouls and very good on the ball. Extremely disciplined and a real team player. Still more to come from him and I expect to see him become a permanent fixture in defence for the county team.

One of the best club full-backs I have witnessed. He is extremely athletic and his ability to carry the ball 70-80 yards out of defence on a consistent basis is a real plus for Slaughtneil. His performance against Ballinderry in last year’s quarter-final was one of the best I have seen from any club player to date.

Completing the full-back line is Slaughtneil’s Mr Consistency. Always handed the job of snuffing out the opposition's best forward, a task he completes on most occasions with relative ease. He is also very comfortable on the ball and has the ability to get vital scores on days when the forwards are perhaps not firing on all cylinders.

Was a key figure for Ballinderry in their championship successes in 2011, 2012 and 2013. As the years progressed, he moved from his natural corner-back position to featuring regularly in the half-back line and midfield. An excellent reader of the game, who is always assured when in possession. A natural leader who will leave a big hole when he decides to retire.

A central figure in their domination of Derry and Ulster club football from 2014-2017. A highly driven individual who strives for perfection. Like many of his team-mates, possesses excellent athletic ability and he uses this to constantly put opposing teams on the back foot.

One of the leaders for Coleraine when they landed their first senior title in 2010 and in their more recent success of 2018, he was still the main driving force. A strong presence, an excellent reader of the game and very clever in how he uses the ball. Very good at organising those around him.

Even though he last played championship in 2016, his performances for Bellaghy in the earlier part of the decade were of the highest level. Hard as nails, an absolute warrior in every sense of the word. His ability to compete for kick-outs meant that most opposition teams lost the midfield battle. Phenomenal stamina and a superb kick-passer, he really was the complete midfielder.

Could have copied and pasted what I have written for Fergal, such are the similarities between both players. A very quiet player on the pitch who let his playing do the talking. Strong in possession and always extremely disciplined. A leader on and off the pitch. When he decides to retire, Slaughtneil will find it almost impossible to replace him.

Whilst he played most of his football from midfield, he did have spells in the half-forward line. An excellent fielder of the ball whose direct running causes endless problems for opposing defences. Very strong in possession and as the years have progressed, has become a much better decision-maker. Even when subjected to constant abuse, he shows exemplary discipline.

Another superb footballer who managed to maintain very high standards for many years. A play-maker whose vision made him stand out anytime you watched Coleraine play. Extremely versatile, intelligent and could play any position from 2–15. Not afraid of hard-work and a real team player. A joy to watch.

Could have selected Enda in any position from 8-15 and whilst he was an exceptional midfielder, he did play a lot of club football in the half-forward line. An excellent fielder of the ball, superb kick-passer and accurate free taker. Enda had it all and when it was required, he could demonstrate his physical capabilities. A once in a lifetime footballer.

Has the ability to win his own ball and always makes himself available. Willing to make unselfish runs for others and when not in possession has an appetite for hard-work. Extremely accurate from play and frees. Displays a level maturity well beyond his young years. There is still much more to come from him in the next decade.

Always produces the goods for Screen. Was the main man in their journey to county finals in 2013 and 2017. He makes intelligent runs and in big championship games he quite often has the company of two defenders, but yet still manages to exert an influence on proceedings. Very accurate from play and frees and has the composure to take goal chances when they appear.

Up until the end of 2018, Deets continued to torture opposing defences. Not only is he quick off the mark but his runs are also intelligent and this makes him more difficult to track. Very comfortable on the ball and possesses extreme accuracy in front of goal.

As well as my team selection, the following deserve special mention and were strong contenders:

Antóin McMullan (Slaughtneil) – a great shot stopper who very rarely wastes a kick-out and just missed out behind Michael Conlan.

Collie McVey (Loup) – a superb man-marker who never received the recognition he deserved and is edged out by Paul McNeill.

Connor Nevin (Ballinderry) – a superb player for Ballinderry and Barry McGoldrick was picked ahead of him.

Darren Conway (Ballinderry) – a vital cog for Ballinderry (and later Ballymaguigan) who always produced the goods in the championship. Niall Holly was chosen ahead of him.

Colm McGoldrick (Coleraine) – a man who consistently performs at a high level and was central to Coleraine’s success. Just lost out to Benny Heron.

- Eamonn Burns selects his team of the decade.  Click here...