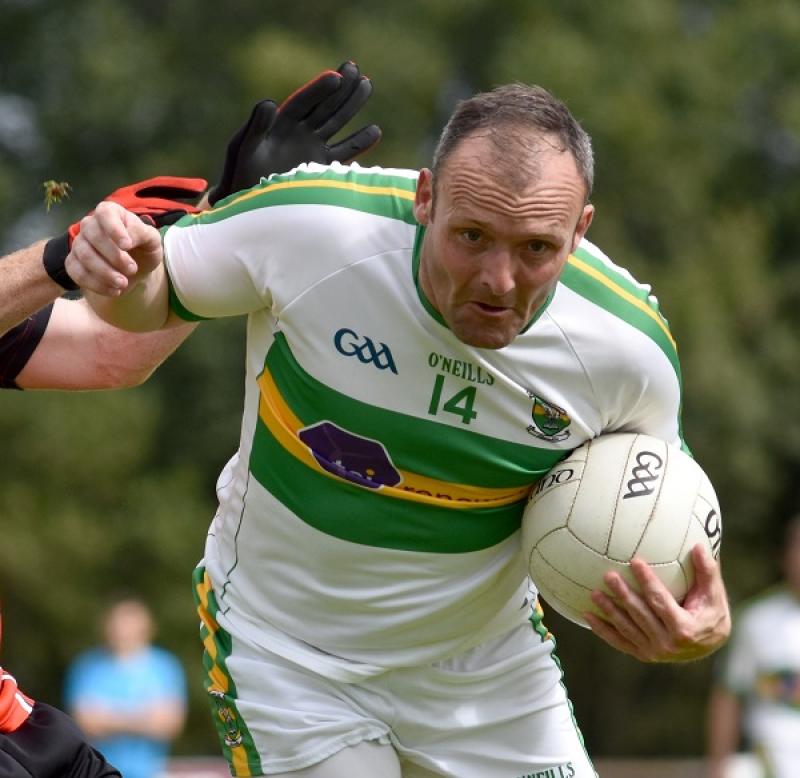 A very tough task whittling it down to 15.

Most of the club football I have watched over the past decade has been senior league matches my own club Ballinascreen have been involved in or the club championship, when I try to attend all the games as I love watching them.

So apologies to some of the great players out there who have been outstanding at intermediate and junior level, I’ve kept it to the senior club 15 here.

Michael Conlan (Ballinderry)
Dedication and a serious quest for goalkeeping excellence were his traits, a key part of the three in a row Ballinderry side in 2011-2013. The final of 2012, in particular, Mickey C’s width and accuracy in his kick outs to his teams ‘four in midfield’ tactic was key to their victory that day. Fine shot stopper too, made his body big, gave the forward less to shoot at. Edges out Antóin McMullan and Thomas Mallon.

Ciaran Mullan (Coleraine)
Selected not so much for his defensive skills, as his attacking runs from the full back line for Eoghan Rua, playing a key part in their two county titles of 2010 and 2018. Loved to win ball out in front of his opponent and destroyed many a forward’s resolve by racing forward repeatedly, often up the right hand side of the pitch. Loved the wide open space at Owenbeg, in particular, where his pace was there for all to see.

Brendan Rogers (Slaughtneil)
With serious pace and raw talent, Brendan transforms the way we think about modern full backs. His forays up the pitch often veered over to the sidelines and racing 80-100 yards up the pitch and nobody could catch him. Instrumental in Slaughtneil's four in a row and his importance to the team was illustrated last year when he was hampered by injury. Incredible dual player.

Karl McKaigue (Slaughtneil)
Best man marker in the county, his one on one stats are astonishing against star opponents. Can play a bit too, but tends to keep it simple and save his energies for his defensive duties. Keeps it clean too, quiet, no-nonsense, great reader, interceptions, timing of the tackle superb; these are his main traits.

Ciaran McFaul (Glen)
Better known for playing at midfield for Glen, or even in the forward line, but he is as complete a player as there is in Derry club football at present. Great ball carrier, his pinpoint passes often put it on a plate for his full forwards. Great long range scorer as well, but it’s his ‘lead by example’ attitude with Glen that impresses me.

Chrissy McKaigue (Slaughtneil)
Undoubtedly the driving force behind Slaughtneil’s phenomenal run to four county and three Ulster titles. Fierce will to win, excellent athlete, a ball carrier, dictates the play, his tour de force against Diarmuid Connolly and St Vincents in the 2017 All-Ireland semi final was as good an individual display as I have seen, racing forward to score four outstanding long range points.

Sean Leo McGoldrick (Coleraine)
Another great ball carrier, an orchestrator, extremely comfortable and elusive on the ball, plays almost like a quarter back at times for his club. Part of the famous McGoldrick clan that have played a huge part in putting Eoghan Rua on the footballing map with an incredible two county titles in 2010 and 2018.

Enda Muldoon (Ballinderry)
Big Enda had it all, great fielder, outstanding passer, long range points of either foot, excellent free taker. Played well over two decades with Ballinderry winning eight county titles and, of course two Ulster’s and an All-Ireland club. Always did the business when it counted most as well. One of the all time greats of Derry football, and modest with it. Privileged to have been a team mate for several years.

Patsy Bradley (Slaughtneil)
The most spectacular sight in Derry football was Patsy taking off and ‘leppin’ above and across several opponents, attempting a miraculous catch. You never knew where, or even how, he was going to land, but more often than not, he either emerged with the ball or got a big fist to it. A fierce competitor, and tremendous athlete, he was the Slaughtneil folk hero that got the crowd roaring and inspired his team every match without fail.

Danny Heavron (Magherafelt)
Danny has been a shining example for his club right throughout this decade. Has played effectively in defence as a sweeper, at midfield, or anywhere in the forward line. A great athlete, a playmaker, a great score taker from play and frees, Danny came back from several career threatening injuries to lead Magherafelt to a memorable county title win in 2019.

Mark Lynch (Banagher)
Extremely powerful runner with the ball, two great feet, fine fielder, accurate free taker often putting up a big scoring total. Could play equally effectively at midfield, number 11 or full forward. Another player who has combined an outstanding county career whilst giving his all for his club, Banagher. I chose Mark just ahead of Christopher Bradley who was majestic at number 11 in Slaughtneil’s run to their first Ulster Club title in 2015.

Conleith Gilligan (Ballinderry)
Along with Enda, he was the outstanding club player in the county for at least 12 years from 2001 until his seventh county medal in 2013. Extremely hard to dispossess (with his unique foot up to ball toe tap), evasive, some absolutely outstanding scores of either foot. Brushed off a lot of crap from opponents and just got on with the football. Infectious character who was an outstanding servant for Ballinderry.

Paddy Bradley (Glenullin)
Paddy was still a seriously good forward for Glenullin in the first six or so years of the past decade. His first touch was outstanding. Raced out to the ball, sometimes double marked, controlled it first go either with a catch or palm down to himself, then literally fired it over, straight as an arrow, with unerring accuracy, often from 40-50 yards out. Derry’s best ever forward in my lifetime. If it was a team of the last four years alone, young Shane McGuigan of Slaughtneil would undoubtedly have been chosen, a class act.

Colm McGoldrick (Coleraine)
Deceptively languid style, but Colm has been a consistently top club player for Eoghan Rua right throughout the past decade since their vivacious first county title in 2010. Always finds space against even the tightest opponent, the target man, wins serious ball down the channel, good in the air and has scored umpteen goals for his team over the years. A real pity he was never tempted to give the county team a proper rattle as I believe he would have been a huge asset. Just ahead of Emmett McGuckin.

Benny Heron (Ballinascreen)
Outstanding player for Ballinascreen over the past decade, a fantastic ’turn on a sixpence’ style has destroyed many an opponent. Great finisher, goals and points, he has rattled up some serious tallies. If I was managing Benny I’d have him up top close to goal every time, where he is a deadly assassin. However, a sublime playmaker further out the field as well, with great stamina.  Eoghan Brown, another great club forward, was also considered here.