Team of the decade: The stars of the Derry club football scene over the last decade 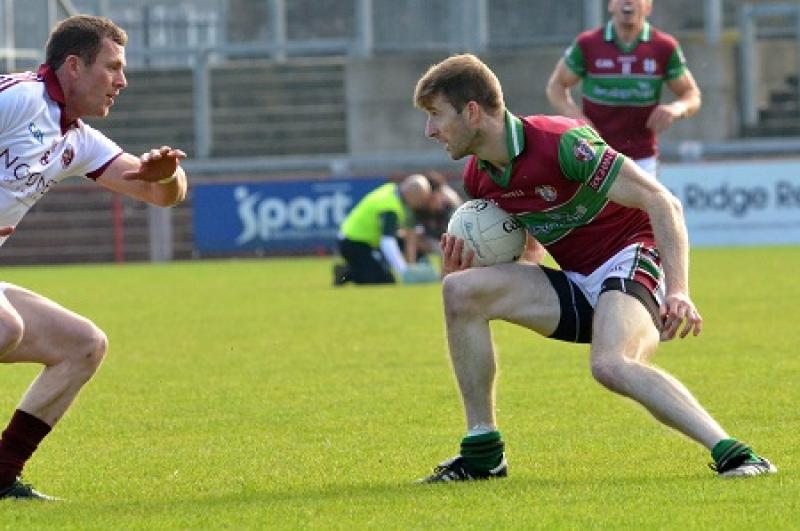 The Derry club scene is among the most talked about all over Ulster and beyond. Slaughtneil, Ballinderry and Craigbane have emerged since 2010, before going on to take provincial honours.

There has been a new breed coming knocking at the door in recent years in the form of Glen, Lavey and reigning champions Magherafelt.

Over the coming weeks, the County Derry Post will select a series of Derry club teams from the last decade.

Up first is Michael McMullan, who delved through the various players on the club scene to select his team of the decade, from 2010 to 2019.

Began his knock-out championship career with a man of the match performance in the 2008 quarter-final against Glenullin. McMullan was forced to successfully change his kick-out strategy when Mickey Moran introduced a more fluid central spine. Was immense in 2017 against Kilcoo and Kilcar as Slaughtneil won a third Ulster title.

Despite failing to break into the Derry minor team in his final year, Duffy went on to play at senior level for the county. He was the driving force at the heart of Foreglen's drive to two intermediate championship titles and their stint in senior football. At home as a marker or initiating attacks from his role at centre back.

McBride was one of the best man markers in the red and white of Derry during the early part of the decade. In his club colours, he carried on this level of consistency and has played anywhere in the back six – helping them to the 2013 county final. He has defied a series of injuries to extend his playing career to this season.

The Emmet's defender has been one of the main reasons behind Slaughtneil's watertight unit. In 2017, he held his direct opponent scoreless in all eight games on their way to the Ulster title. He is not just a maker, he is comfortable on the ball and has often been a receiver of short kick-outs to help his side build from the back.

Made his name as a full-back, but has excelled anytime he gets let loose on the wing. Ballinascreen tried to pull him out in a county final and he went on the rampage – building attacks. He attacked Ballinderry's Ryan Bell last season and when the Emmet's were defeated by Glen, Rogers almost reeled them back in.

Won a championship medal in this first season in 2008 and went on to pick up another three, including an Ulster title as captain five years later. Has played everywhere from full-back to midfield. In recent years, when Ballinderry have been away from the top table, he still puts his shoulder to the wheel. A tough, yet quiet, character.

Made his debut while still in the minor grade, McKaigue spent a brief spell with Sydney Swans at the start of the decade, but returned to be spiritual leader of Slaughtneil's golden era. He has played at full-back, but is more at home in the centre where he can dictate the terms of the game. Will regularly get forward to chip in with a score.

Was his debut as a high-fielding wing-back 18 years ago, but it was only a matter of time before he became Slaughtneil's midfield general. Patsy may lack the height of many other midfielders but certainly made up for it with his salmon-like jump and hang time. It was inspirational and he often popped up when Slaughtneil needed him most.

Had he not picked up a nasty shoulder injury at the vital conjuncture against Scotstown, two years ago, Coleraine may well have pushed on an picked up an Ulster title. Can play at full-back but a colossus at midfield and his absence from the county team has been a huge void. Tall, mobile and tough. The perfect midfielder.

The number on the jersey is irrelevant for Sean Leo, giving his possession game from wing back to wing forward. He has to be every manager's dream. Busy, comfortable on the ball and always takes the right option. When Lavey threatened to stage their late comeback in the 2018 final, it was Sean Leo at the heart of their insurance point.

Made his senior debut as a goalkeeper in the 1994 McGlinchey Cup. The following season, he spearheaded Ballinderry's attack on their way to his first championship. It was the start of a stellar career of arguably the best club player of his generation. A chief scorer, a target for kick-outs and can pass the ball with effortless accuracy.

Some county players fade away in club football. Enda Lynn is not one of them. Despite being kicked from pillar to post, as Greenlough's talisman, he led the 'Wee Reds' from intermediate football to being seconds away from a senior county final. Handles the ball more than most and is potent as an inside forward.

'Crook' has played in a number of roles for Ballinderry. His two goals sank Kilrea in the 2011 final and he found the net the following year to break Banagher's resolve in the semi-final. He has played both as busy link man in the half-forward line and inside for Shamrocks. He also made a comeback to play in recent years.

Came to prominence as a 16 year old, in Derry's last All-Ireland minor win. Was always destined for greatness. Played up front for Banagher and led the line to perfection and his six points almost shot them into the county final. Switched to midfield when they won the intermediate title and last season, they were touching distance from the senior decider.

Was Derry minors' penalty scoring goalkeeper in 1997. Three years later he led Ballinderry to All-Ireland sevens success as the 'fly 'keeper', but came to the fore as the playmaker for their All-Ireland club win. In his later years, he reinvented himself as an inside forward, where he carried their scoring mantle until he eventually retired.