In a wide-spanning interview, the Civil Rights veteran relives the beginning of the movement and believes it is time to move beyond 'orange and green' politics 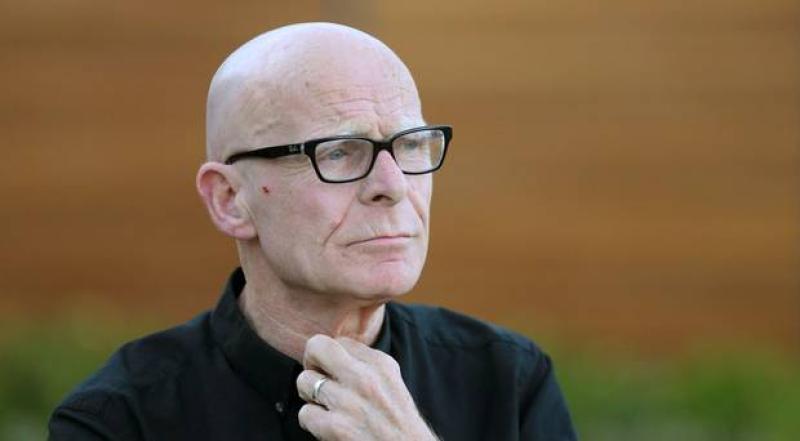 Eamonn McCann has questioned how far Derry has moved on the past fifty years following the launch of his republished book which chronicled the civil rights movement and Troubles that followed.

The Derry man’s newly republished book, War and an Irish Town, was launched in the Central Library at the weekend.

It is McCann’s account of what it was like to grow up a Catholic in a Northern Irish ghetto was written in 1973.

We’re also approaching the end of 2018 which marked fifty years since the formation of the civil rights movement in Derry when protestors took to the streets on October 5, 1968.

As someone at the centre of the movement Eamonn McCann this week spoke to the Derry News about where the book fits into the discussion around civil rights today, the ‘failures’ of both the civil rights movement and orange and green politics in Northern Ireland, and his vision for a prosperous Derry in the future.

His outlook has changed over time, but he felt it was important to refrain from making wholesale changes to the book by instead honouring the original text.  “I had considered updating the entire book by going through it and correcting all the things that now look foolish in the fullness of time, but that would be a bit dishonest and would be pretending that I had great foresight - which I didn’t have.

“I wanted to say that this was a book written in 1973 and this is the way things seemed to be then, but it’s not the way things seem to me now.  We all develop and if you haven’t changed your mind in the last half century then you’re dead in the head.

“If I was honest about it, the perspective I and others had all those years ago, we have to admit that it hasn’t worked out.  And admit that the ideals of the early civil rights movement have not been vindicated.  To that extent, the whole experiment has been a failure but you have to learn lessons from that failure and not just go with the flow, work out where we’re going and just keep at it – keep on keeping on.”

The book’s new introduction examines the IRA’s role, the international context in which the civil rights movement ‘erupted’ and his belief that the ‘full truth’ regarding Bloody Sunday still hasn’t been uncovered despite two public inquiries.  “I think the upper echelons of the army are still be shielded and protected all these years later and I don’t think we should allow that to stand,” he said.

Looking back through all the ‘smoke and sulphur’ of battles fought in between, many of the people present fifty years ago have forgotten key events and others are too young to remember. McCann would therefore encourage younger generations to put themselves in the shoes of their predecessors by engaging with the world around them to gain an understanding of how Northern Ireland and the rest of the world looked back then.

“The civil rights movement emerged, not from old resentments between Britain and Ireland or communities in the north, the civil rights movement in large part was created by those who wanted to get over the separate business of orange and green agendas.  At the heart of it was jobs, economic equality, an end to repressive law and so on.

“That has largely been lost sight of because when you look back fifty years, you’re looking back through all of the smoke and the sulphur of battles fought in between,” he said. 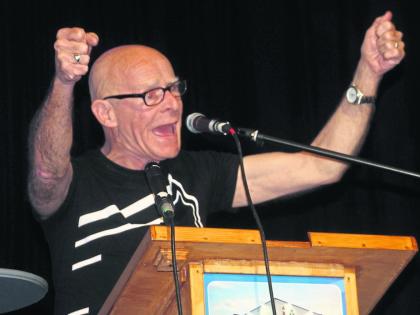 McCann said that although violence was inevitable in the sense that people were forced to fight in order to defend their homes, he feels some of it was preventable, and believes that the old divisions along sectarian lines, which have been kept alive today, have contributed to the collapse of the devolved government.

“The violence of 1969 when places like the Ardoyne and Short Strand in Belfast were attacked and the violence in Derry with the RUC and B-Specials made it very difficult to get off the path of violence.

“But I also think that for people to have defended their communities back in 1969 for example, particularly Bombay Street and Hooker Street were burnt out, people certainly had the right to defend themselves and their communities against attack.  But it’s a big step to go from that and defending yourself to launching an aggressive campaign for a united Ireland.

“The government is at a standstill, so It hasn’t really worked, the conventional wisdom that we’ll be orange and green forever and just have to work with that.  Are these the only possibilities open to us, well I say ‘no’.” 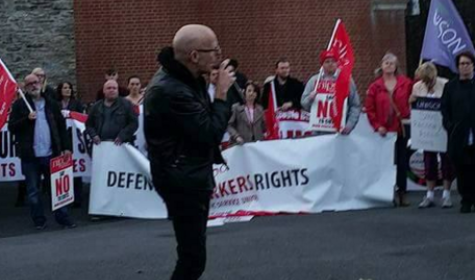 Derry’s plight hasn’t been relieved even with nationalist representation at the highest levels of politics which McCann sees as a ‘failure’ that has to be rectified.

“Anybody who thought that ending unionism would end Derry’s problems can see now, I hope, that that was a delusion.  It used to be fifty years ago that we blamed the unionist government at Stormont for low-paid jobs and poor housing because we had half a century of party rule, it was all sectarian and Derry was left in the lurch.

“Well after all this time, we’ve had a load of Executive ministers, Deputy First Minister positions, nationalist incorporation and control at the council.  But after all that is Derry now getting equal treatment in the north, now that we’ve removed all the excuses for being left behind? Now Sinn Féin would be the main representatives and the SDLP the second, well what have they done about Magee,” he commented.

“Why are we still so far behind in terms of university education, infrastructure, of living standards, relative rates of poverty – why is Derry still lagging behind after nationalists took control of it?

“I say that the answer is neither, both orange and green have had their time, half a century each at running Derry, surely it’s time to try something that might work.”

On how to address decades of economic imbalance, he suggested empowering the Housing Executive to borrow money against its £3.5 billion worth of property to build a crash programme of publicly funded houses.  “That would not only solve the housing crisis but it would require joiners, glaziers, plumbers, electricians, painters, roofers, scaffolders, all of those trades that are so necessary for modern society to function.  And it would require apprentices who would be equipped with skills that we are losing nowadays.”

The expansion of the public sector and establishment of an independent environmental protection agency are other ideas floated by McCann.

“Public money is being frittered away in dodgy schemes which are semi-criminal enterprises.  There’s an awful lot that can be done and I believe in a radical programme for the future which I don’t think any other party has,” he concluded.