A few hints about what’s happening and what’s not happening in the coming year. 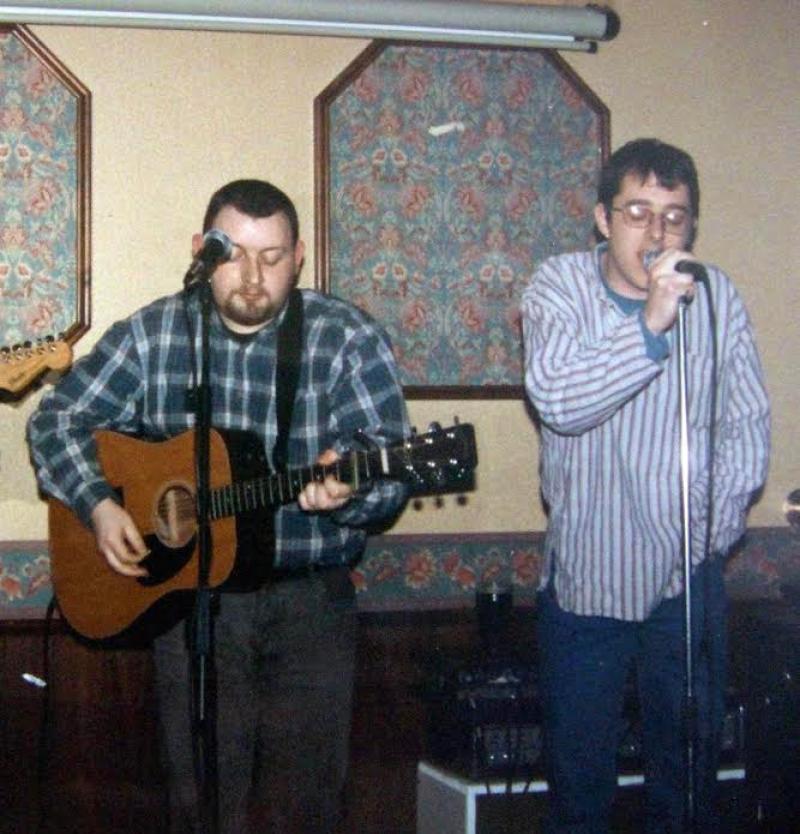 Paddy Nash (left) and Declan McLaughlin. Rt Revd Andrew Forster knocks on the door of St Columb's Cathedral with his pastoral staff at the start of his Installation Service as Bishop of Derry.

Any publication worth its salt recommends music for the coming year, even DJs without shows that somehow never ever go away still have recommendations and I desperately want to be taken as seriously as my more easterly counterparts so here’s a few hints about what’s happening and what’s not happening in the coming year.

1. This year marks 10 years of the Heads, John Deery’s Heads, he does have more than one and one is an Everton fan. There will be a lot more activity from the unusually quiet four piece I’m assured. Very little other craic at the minute.

2. Squak don’t have anything organised yet man.
3. Rebecca Mulhern has nothing on except uni stuff.

4. Paddy Nash is hinting a vinyl compilation of all his material later in the year. He also describes a few releases and some solo tours as nothing much. Luckily for them Paddy doesn’t compare himself to other artists.

5. Basork have an announcement to make soon.

6. Fast Thursday are flat out recording an album at the minute and have very few gigs planned so far.

7. Ryan Vail has new music lined up and loads of live shows.

8. George Hutton tells me “Two next gigs coming up are the Ulster Hall in Belfast, 6th Feb. I’ll be releasing my new album in Feb also and on the 8th Feb I’ve a gig in St Columb’s Cathedral with Ruth McGinley and the Priests. I’ve been asked to be a judge on BBC School Choir of the year, and they want me to perform live on the BBC in the Guildhall before the final, but I haven’t been given a green light to put that out there yet! Hopefully will today or tomorrow! Man, the new album is a big step up, it’s very much down that Irish channel but it also really showcases what I do best”.

9. Nazir told me “Working on my next release which I’m hoping to have out in the next month or so, I’d love to play Celtronic again but I guess I won’t know about that for a while, some technical things with involve are holding us back but as soon as we get that sorted I’ll let u know!”

10. Caitlin Nash said, “I have no clue at the minute because I’m heading back to uni soon but I’m hoping to get a few projects done over there and here when I’m back in the summer”.

11. At some point we’ll work out why? People don’t get paid for playing gigs.

12. In April  Reevah will be releasing “A Different Light” and she’ll also be heading out on a UK/Irish tour as well as putting the finishing touches on her debut album which will be out either by the end of this year or the start of next year.

13. Declan McLaughlin is feeling nostalgic and will be celebrating his entire career this year, from The Screaming Bin Lids to The Whole Tribe Sings to Central Drive to The Hi Flats, share the love on his Facebook page.

14. If you’re not really a fan of music then mrk my words, there’s plenty of bland music going live this year.

15. Roe will be releasing a couple of singles this year with an e.p. on its way after the summer.

Noella Hutton has a new album coming out soon.

16. Noella Hutton has a new album coming very soon called “Love & Liars” and you can check out the video for her video for “I’m Going Crazy” from that album on her Facebook page.

17. Blood haven’t gone away you know.

18. There will most likely be the same old same old from all the usual quarters but hopefully there’ll also be some of the usual standard of innovative stuff from the likes of  Celtronic  and Oscillations & Modulations.