The famed hymn will be heard across the world in the next few days. 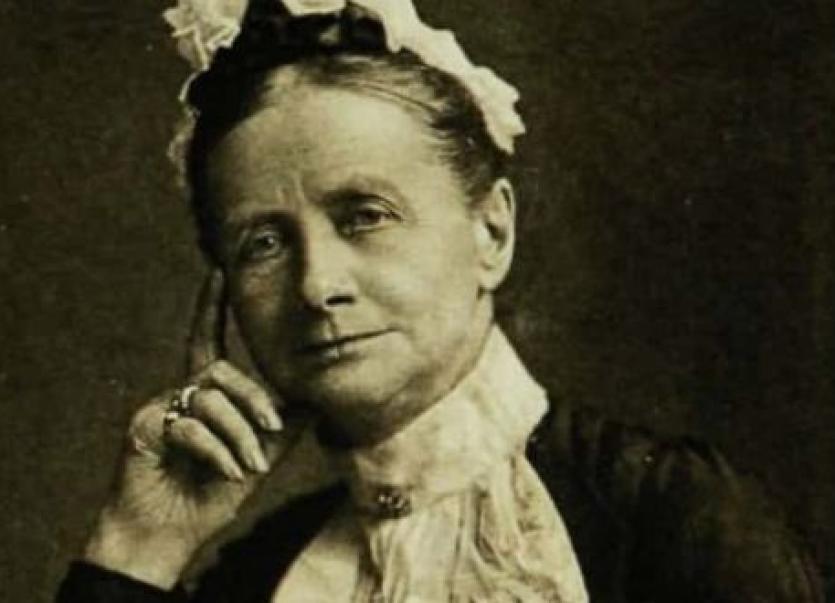 Throughout the coming days in churches across the world the strains of Once in Royal David's City will be sung and heard.

However, it's perhaps a forgotten fact that the beautiful Christmas carol was written within the walled city of Derry.

Originally written as a poem by Cecil Frances Alexander, the carol was first published in 1848 in her work, Hymns for Little Children.

A year later in 1849, the English organist Henry John Gauntlett discovered the poem and set it to music.

Mrs Cecil Frances Alexander was born at 25 Eccles Street, Dublin in April 1818. She was the third child of Major John Humphrey's of Norfolk and Elizabeth (nee Reed). Major Humphrey's was land agent to the Fourth Earl of Wicklow and also to the Second Marquess of Abercorn.

Cecil Frances love of writing verse began in childhood and some of her inspiration came from a Dr Walter Hook, Dean of Chichester Cathedral. Her father encouraged her writing from a very young age and as a result she began a career as a prolific writer of hymns. By the time of her death at the age of 77 she had penned over 400 such works.

In 1850, Cecil Frances Humprhey's married clergyman William Alexander in Strabane. He was later to become the Church of Ireland Bishop of Derry and Raphoe and the Primate of All Ireland.

Bishop Alexander also wrote several books of poetry, the best known of which was St Augustine's Holiday and Other Poems.

Mrs Alexander's later religious work was strongly influenced by her contact with the Oxford Movement and particularly John Keeble who edited her most famous anthology-'Hymns for Little Children.' In fact, the work had reached its 69th edition by the close of the 19th century.

However, by the 1840s, Cecil Frances Alexander had already become famed as a hymn writer. Her compositions became a steadfast feature of Church of Ireland hymnals and she also contributed lyrical and narrative poems to Dublin University Magazine under various pseudonyms.

Mrs Alexander was a involved in charitable work for most of her life and she was involved with sting up the Derry Home for Fallen Women and worked on the development of a district nursing service.

Another classic hymn penned by Mrs Alexander, 'There Is a Green Hill Far Away' has obviously endured the test of time but few realise the part that it has played in transforming the education of deaf children almost 200 years ago in the north of Ireland.

Cecil Frances Alexander and her sister Anne were heavily involved in local church activities in Strabane including their visits to local families.

On one of the visits they met a young deaf boy from a poor home in the area. They were greatly concerned about the loneliness of his existence and the fact he was alienated from learning, especially about Christian way of life.

Both Cecil and Anne persuaded their father to allow them to use a small out building in the grounds of his home-Milltown House so they could establish a school for deaf children.

It was a passion that would Cecil Frances would continue for the rest of her life and she dreamt of establishing a much larger institution of this kind.

The proceeds from 'Hymns for Little Children' made a hefty contribution to to what became known as the Derry and Raphoe Diocesan Institution for the Education of the Deaf and Dumb. Cecil Frances' 'dream' became reality in September 1850 when just a few weeks before she married William the foundation stone of the school was laid.

Despite the onset of the Famine in the 1840s education for deaf children in Ireland flourished and other schools of this nature opened up in Belfast, Dublin and Cork. Frances' school first opened its doors in the summer of 1851.

In the following five years the school took in almost 50 children teaching skills that would help them succeed in a hearing world.

Cecil Frances Alexander died on October 12, 1895 and was laid to rest in Derry City Cemetery. Rev Dr William Alexander, who had been born in Devon on April 13,1824 in Devon passed away aged 87 on September 12, 1911 and was buried with his wife.

In 1913, two years after William Alexander's death, a stained glass window by James Powell in memory of Cecil Frances was installed at the northern vestibule of St Columb's Cathedral in Derry financed by public donations.

The three lights of the window refer to three of her hymns-'Once in Royal Davids City', 'There Is a Green Hill Far Away' and 'The Golden Gates Are Lifted Up'. Mrs Alexander is also commemorated by an Ulster History Circle blue plaque on Derry's Bishop Street.

One of her most famous quotes remains: "Do no sinful action, speak no angry word; ye belong to Jesus, children of the Lord."

Since 1919, the Festival of Nine Lessons and Carols at the King's College Chapel Cambridge has begun its Christmas Eve service, with Dr Arthur Henry Mann's arrangement of Once in Royal David's City as the Processional hymn.

Mann was organist at King's between 1876 and 1929. In his arrangement, the first verse is sung by a boy chorister of the Choir of King's Chapel as a solo. The second verse is sung by the choir, and the congregation joins in the third verse. Excluding the first verse, the hymn is accompanied by the organ. According to the tradition of the King's College Choir, the soloist of this hymn is usually chosen on the day of the performance, when the choirmaster decides whose voice is the strongest on the day right before the broadcast.

This carol was the first recording that the King's College Choir under Boris Ord made for EMI in 1948. Among others who have recorded it are Mary Chapin Carpenter, The Chieftains, Daniel O'Donnell, The Seekers, The Mormon Tabernacle Choir, Petula Clark, Jethro Tull, Sinéad O'Connor and Sufjan Stevens, St. Paul's Choir School and most recently by the Irish group Celtic Woman in their album Voices of Angels.