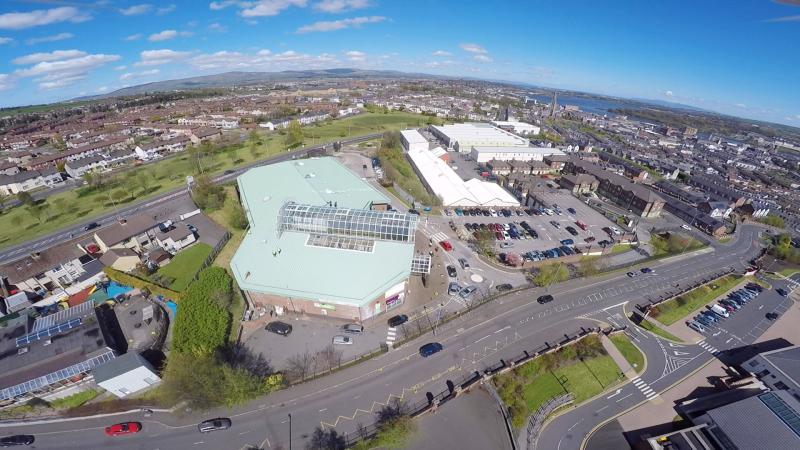 Aerial view of Rath Mor and the wider Creggan area

This autumn, Creggan Enterprises conducted a survey of local people and Ráth Mór user groups to establish the community’s needs and priorities – as distinct from what civil servants and politicians tell them are their needs and priorities in the run-up to an election. CONAL McFEELY says the findings have been both enlightening and compelling.

In his seminal book, ‘Derry: Countdown to Disaster’ (Gill & McMillan, 1986), the former Derry Journal editor Frank Curran catalogued how fifty years of isolation and discrimination led to the outbreak of the Troubles in this city.

Recent events, such as the failure of political governance, the collapse of the institutions, and the uncertainty over Brexit here, are being used by some sections of the media to suggest we are now in danger of a similar spiral.

The reality on the ground in communities such as Creggan is that there is, admittedly, huge frustration. Despite the peace process, Creggan - along with many already disadvantaged areas of Derry – has never escaped a legacy of endemic poverty, joblessness, housing problems and low educational attainment.

This is now compounded by anxiety over Brexit (i.e. further poverty and economic isolation) and the political vacuum here, which has left many people feeling voiceless and powerless.

But, for all the dissatisfaction and exasperation here, there is no appetite whatsoever on the ground for a return to what our community experienced during the troubles.

There is no doubt, however, that we need help. Urgently. And, importantly, we need long-term solutions – not short-term fixes – to reverse and redress the politics of economic isolation.

Local people know of old that it is pointless waiting on Stormont to intervene on our behalf. Even in the new, post-Good Friday Agreement era of equality, this city overall has continued to experience economic isolation.

So, what is needed for Creggan? 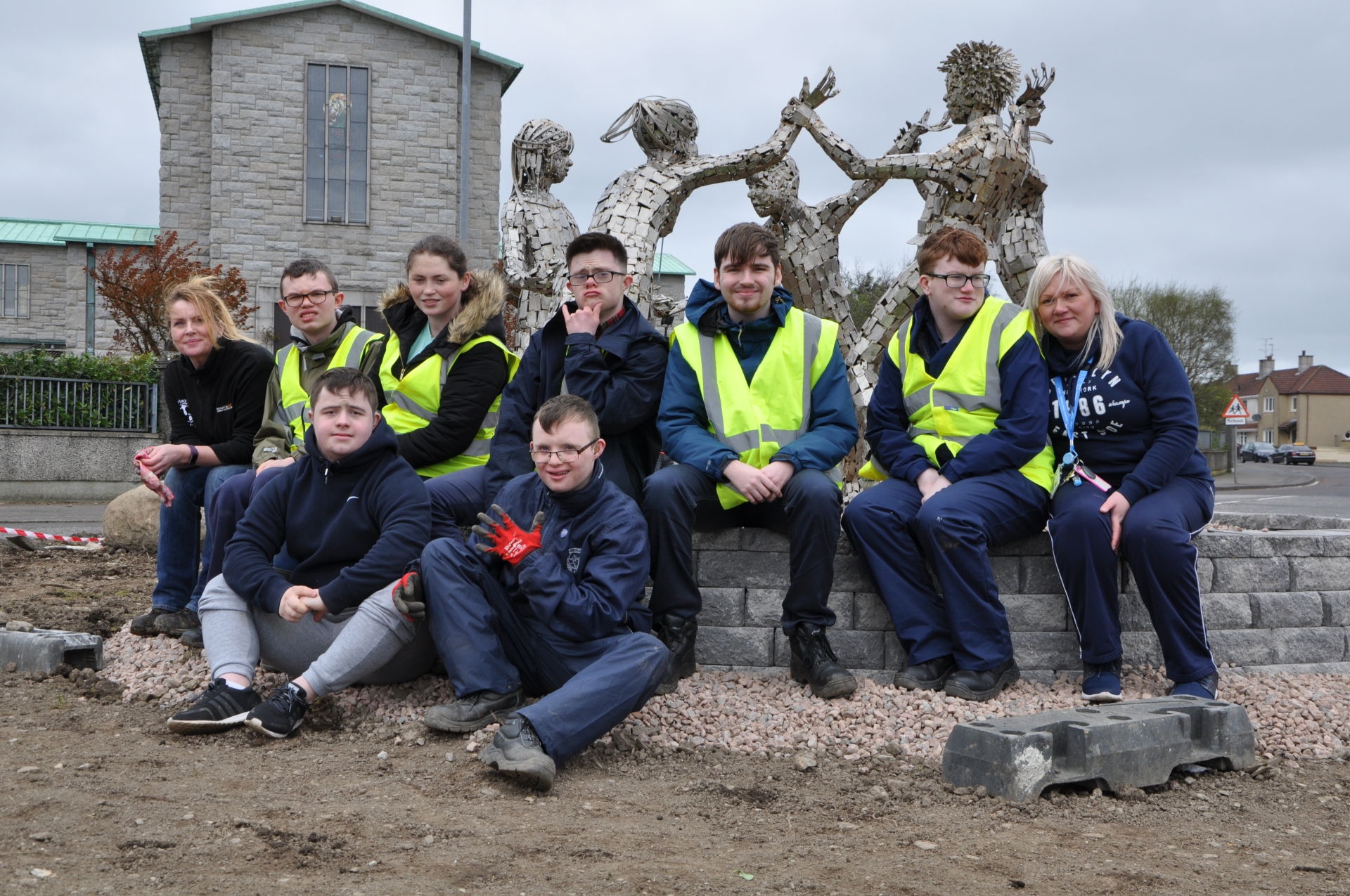 ·         A fresh, current and strategic vision for the area. Creggan needs a comprehensive long-term plan to reassess and revise its approach to community development with a view to enhancing the physical, mental, economic, educational and social well-being of its residents.

·         Support for a targeted social enterprise strategy to promote civic engagement and community ownership.  Creggan will always struggle to attract inward investment, instead we need a viable stimulus package for indigenous business. The ethos is not just about developing sustainable businesses – it is about contributing to the social and economic profits for the advantage and benefit of the local community.

·         Support for a new Intermediate Labour Market initiative. Creggan needs a dedicated ILM scheme – providing sustainable jobs and experience, skills and qualifications which are most in demand by employers. The scheme should be highly focused on helping those individuals most in need, and most at risk.

·         Support for inclusive development vehicles. It is imperative that any new support service, or targeted employment or skills building initiative be inclusive and independent. It must be implemented/delivered by a neutral mechanism, engage with all sides of the community and be pragmatic about removing barriers to work and supporting personal transition.

·         Continued support for health and wellbeing initiatives. Creggan suffers from a range of significant physical and mental health challenges, and despite this Creggan has been devoid of a dedicated doctor’s surgery for over 40 years. Creggan Enterprises have been working diligently to bringing this service/provision to the area for the last decade. January 2020 will see the realization of this new flagship health project for the community in partnership with Bayview Medical. Government or independent funding support should be directed at these types of projects which provide meaningful, tangible and most importantly sustainable benefits to the community.

·         Support for schools, families and young people. Creggan needs targeted and focused early years, youth and parental (early) prevention and intervention programmes which are fully inclusive and engage those most in need, at risk, marginalised or excluded from existing provision.

·         Support for programmes which engage the elderly, address social isolation and support those most vulnerable in our community to the impacts of poverty, austerity and cuts as a result of failure in political governance.

·         Support for inclusive community dialogue. Without the opportunity and platform for dialogue we are left with continuous community divisions and conflict. And whilst Creggan has suffered very negative media coverage and ‘community profiling’ in recent times – there is a sustained need to develop viable community safety initiatives which are fully inclusive an accountable to everyone.

·         Support for initiatives which deal with the past. At the centre of much of Creggan (and the North’s) inter and intra-community conflict – is the community’s inability to tackle legacy conflict issues – lacking an effective mechanism for dealing with the past.

·         Support for new educational and cultural partnerships. Creggan over the past few years has been hosting regular Summer School schemes for international visitors – as has partnered on peacebuilding projects with the likes of Yale University, Boston College, Temple University, John Moore and many more – tying in with their political science, international studies or peacebuilding/ conflict studies courses. We would seek to broaden out this offering and formalise this Summer School as a standalone initiative.

Creggan, and Derry in general, needs a 21st century recovery programme, particularly in light of the potential catastrophic impact of Brexit on the North West.

And whilst financing, job creation and early intervention/prevention-based work is at the core of any important proposal – every effective development plan needs flagship projects to stimulate public interest, generate healthy debate and communicate a vision, for example:

Derry needs a new university. A new, independently-run university – which would come under the auspices of the National University of Ireland and be supported by the Irish government – is one certain way to begin redressing the balance.

It would also serve as a beacon of hope for those who cannot see their future in this city – and it would serve as a declaration of intent of the Irish government’s commitment to Good Friday Agreement.

A university’s lifetime can run into centuries – Derry, this island’s most ancient Christian settlement, needs a guarantee of its longevity and of a prosperous future.

Regardless of what happens after any election now or next year – we must ensure that our young people have access to enhanced economic and educational opportunities going forward.

Time is long overdue to address community abandonment and short-termism by central government.