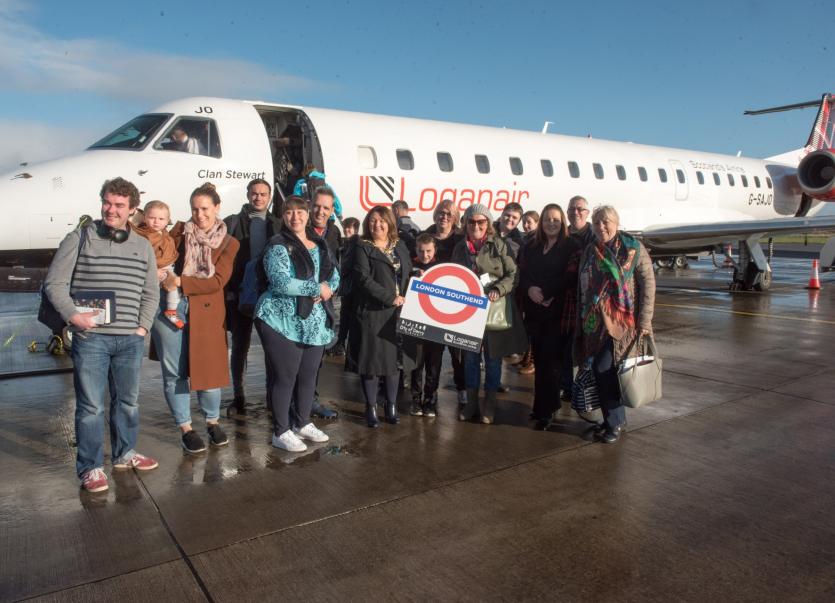 Councillor Michaela Boyle, Mayor of Derry City and Strabane District Council pictured with passengers about to board Loganairs inaugural flight from City of Derry Airport to London Southend on Sunday,

Loganair’s new daily service from City of Derry Airport to London Southend Airport took to the skies on Sunday, October 27 for the first-time following celebrations at the airport.  Mayor of Derry City & Strabane District Council, Councillor Michaela Boyle joined the festivities at the airport to mark the inaugural flight of the Public Service Obligation route to London Southend Airport, with cake, refreshments and special prize giveaways!

Airport Manager at City of Derry Airport, Mrs Charlene Shongo, said: “We are absolutely delighted to be celebrating Loganair’s inaugural flight from City of Derry Airport to London Southend today.  The new London Southend service offers our customers a minimum of 13 departures per week with fares starting from £39.99pp one way, and flight times which are conveniently scheduled for a full working day at either destination.

London Southend Airport has been rated as the Best London Airport by Which Magazine for the sixth consecutive year, and we are confident it will provide a convenient and friendly passenger experience for our customers who commute to London on a regular basis.  The benefits of travelling via London Southend include check-in and security queues that are 10 minutes or less and a maximum three-minute walk from the departure lounge to any gate.  There is also a direct train link to London City Centre, with a journey time of just over 50mins.  Trains depart to London Liverpool Street ever 15mins”.

Mayor of Derry City and Strabane District, Councillor Michaela Boyle, said: “I am delighted to see the start of this service to London Southend and the continuation of the vital daily direct link to London. The new link offers quick and easy access to an award-winning airport offering value for money and quality of service to customers.

“City of Derry Airport remains an important regional gateway which many local businesses have come to rely on. In keeping with the ambitions of our Strategic Growth Plan and promoting regional connectivity, we are committed to developing and enhancing services and sustainability at the airport and to ensuring that City of Derry Airport is the airport of choice for the North West of Ireland.

Mr Jonathan Hinkles, Loganair’s Managing Director said: “We’re delighted to connect City of Derry with Southend Airport. “An extremely convenient entry point to London, Essex and the South East, the airport’s dedicated train station is only 100 steps from the terminal, whisking customers to Liverpool Street station in only 53 minutes. The route is ideal for business travellers, but it will also be popular with holidaymakers in both directions, eager to explore London and South East England as well as everything Northern Ireland’s North West has to offer.”

And, Clive Coleman, Regional & City Airport’s Contracts Director, stated: “We are delighted to retain this important air link between City of Derry Airport and London.  This is a very welcome boost for both the Airport and the wider North West region.  A direct air link with a London airport is imperative for this region - and its business community.  Clive stated that “the double daily service has already proven very popular with business and leisure travellers throughout the North West with Loganair indicating strong sales to date”.

Mrs Shongo concluded that the twice daily service to London Southend Airport (exception Saturday when there is one service), offers customers a convenient, all-inclusive service where 15kg hold baggage and 6kg hand luggage fly for free and passengers can enjoy complimentary drinks and snacks on board.  Frequent flyers can earn points towards a free flight of choice by signing up to the ‘Clan Loganair’ rewards programme.  Flights to London Southend are on sale now via www.loganair.co.uk.

Loganair also operate direct flights to Manchester and Glasgow, providing air connectivity to the main hubs, and creating an opportunity for onward connectivity. Loganair has just announced a new partnership with Flybe which means you can now travel via Glasgow or Manchester with one single booking from City of Derry Airport to UK and European airports such as East Midlands, Birmingham. Exeter, Southampton, Cardiff, Jersey, Düsseldorf, Paris Charles de Gaulle or Amsterdam, to name a few.

In addition, Loganair provides connectivity to international destinations via Glasgow and Manchester. The interline agreement in place with Emirates provides access to Dubai and the new agreement recently announced with United Airways provides connectivity to American destinations such as New York and Chicago via Glasgow and Manchester. The beauty of this method of travel is that it involved just one single booking and your baggage is taken care of from the start of your journey to your final destination!

Mrs Shongo added: “City of Derry Airport has become the airport of choice for the North West of Ireland, offering both convenience and excellent customer service.  We have fantastic facilities on our doorstep, and I would encourage all travellers within the local catchment area to think about flight options from their local airport when making future travel arrangements, asking passengers to ‘Fly Local and Choose CoDA’ whenever they can.  We have fantastic facilities on our doorstep, and it is essential that everyone takes advantage of their local airport for their travel plans when possible.”

For more information on the NEW daily service from City of Derry Airport to London Southend Airport, visit www.cityofderryairport.com. 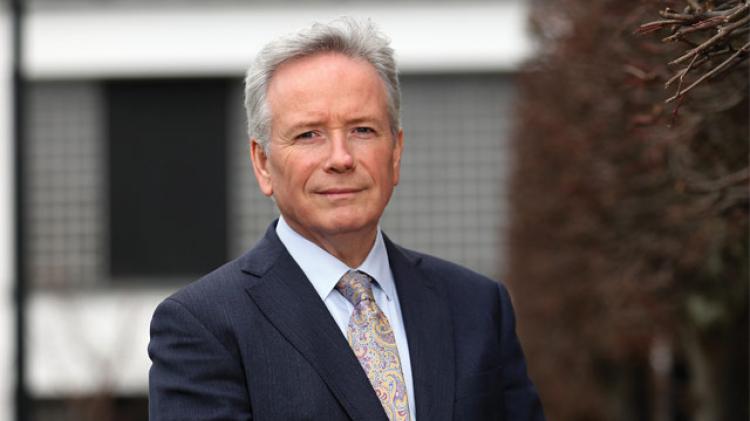 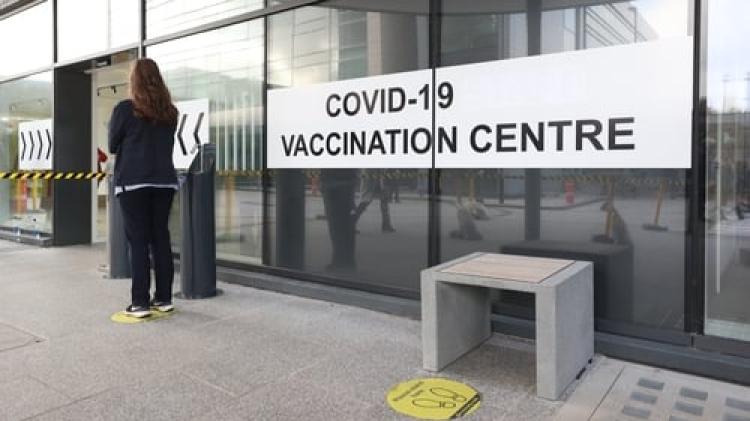