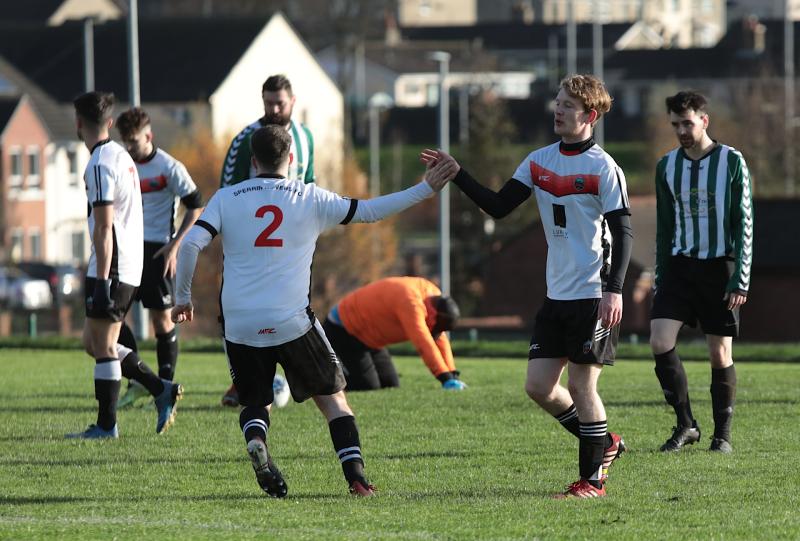 Maiden City and Brandywell Harps will hope to make good progress in the 2022/23 season.

The Gilfillan Cup will open up a brand-new Mintbet Saturday Morning League season again this weekend.

After a summer of well-earned rest for local footballers, they will be straight back into action with the always popular Gilfillan Cup Group stages, as per tradition, beginning competitive football once again.

Rosemount won almost everything there was to win last season, with their Gilfillan Cup win one of the most memorable occasions. Eddie Lamberton’s men saw off Sion Swifts in the final at Wilton Park, and that was just the prelude to a magnificent season from the best team around in local football currently.

When the league begins in just a few weeks’ time, all eyes will be on the Premier Division where Rosemount will be hoping to retain the title they won last season.

Creggan Swifts, who lost out on the title by just one point will be determined to get their hands back on the trophy, although they will have their work cut out with this Rosemount side filled with talented players who were deserved winners last time out.

There will be other teams interested in having a say in the title race however. Clifton Villa are never too far away from silverware, while Brandywell Harps, on the occasion of their 50th anniversary, will want to make an impact this time out.

Sperrin Rovers won promotion to the top flight last season, and they will be hoping to do enough to stay in the Premier Division at the first time of asking.

First up however, it is the Gilfillan Cup, beginning this Saturday, with eight contests scheduled to take place across the city. It all begins again!