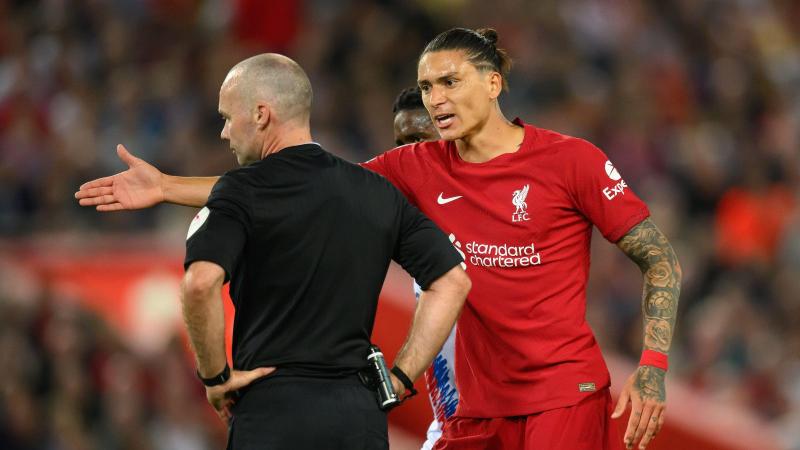 Has the emptiness consumed you yet? Have you looked at your points total from Week 2 and thought ‘I give up?’

These are the joys, or rather, the pains of Fantasy Football, and it affected A LOT of managers this week. The secret behind good management is patience, understanding and a bit of foresight, not to mention a lot of luck, while those who struggle are often reactionary, getting rid of good players because they had a bad week, and bringing in others who had a good one. The inevitable then follows, with those new players doing nothing and the old players having a stormer.

If the Premiership has shown us anything this past weekend, it’s that nothing is predictable, apart from Manchester United’s players falling apart when they see a football come towards them. Darwin Nunez was the toast of Anfield and beyond after his first game, but now managers have been hitting ‘delete’ quicker than they did in their teenage days when their ma asked to see their search history. His ridiculous red card against Crystal Palace not only brought him -2, or -6 if you picked him as your triple captain (!) but also sees him out for three games, so if you haven’t got rid of him by now, then what are you waiting for?

It was a particularly bad week for Caolan Wilson’s ‘Melons Men’, who sat proudly at the top after round one. With Mitrovic missing a penalty and the above seeing red, he plummeted from first to 34th. With a 42-point return, Caolan actually had the worst score from over 100 managers in the Bay Road Fantasy Football League, showing just how merciless this game can be.

The new leader in Week 2 is Ben Houghton’s ‘The Keita Success’. Luis Diaz – a Liverpool player you can set your watch by – and Arsenal’s Martinelli, did the job in midfield for him, while Man. City’s Cancelo brought him 11 points in defence to give him a 79-point total, which took him right to the top.

The top scorer overall this week was James Beattie’s imaginatively-named ‘Derry City FC’. His masterstroke was making Arsenal forward Jesus his captain, which, with two goals and two assists, brought him 38 points from one player. While the whole world was looking at Haaland and Nunez, James struck gold with the Arsenal man. His 92 points were enough to take him to 27th place, but if you’re not in the top 10 then you’re nowhere in this league.

What will week 3 bring, apart from more misery for Manchester United fans?