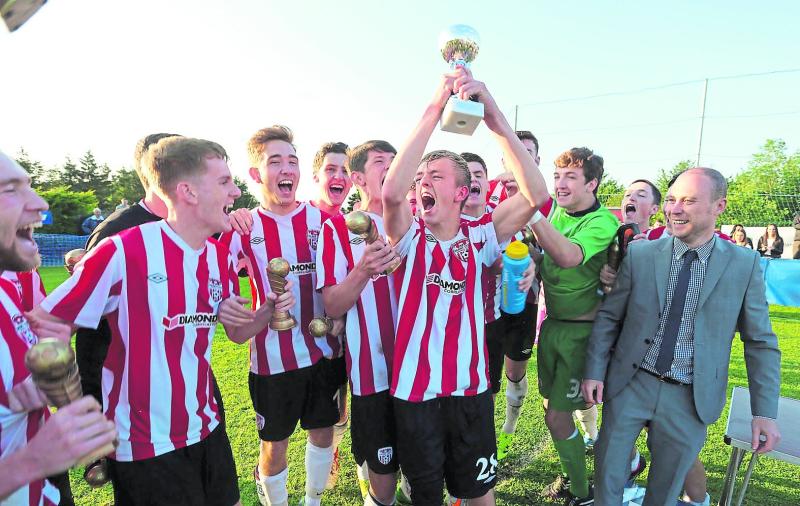 The O’Neill’s Foyle Cup returns for the first time in three long years today with football fever set to overwhelm the city in the next six days.

The world-famous competition has stolen headlines for years, with thousands upon thousands of young footballers visiting the city and sharing in brilliant memories, fantastic football and goals galore as the city comes to a standstill.

Derry is undoubtedly the place to be this week, with the Maritime Festival in full flow on the quay and every local football pitch here and in Donegal utilised to accommodate a mammoth schedule of games.

This year there will be 455 teams, each participating with their own hopes and dreams, and come finals day there will be tears of joy and devastation as the big trophies and finally handed out.

The competition will take place in the Derry, Strabane and Causeway Coast & Glens Council areas from 18th July to 23rd July, with more teams than ever signed up to take part – with sides from across Ireland, England, Scotland, Wales, mainland Europe, America and Asia making the trip to the Walled City to face a raft of top-quality opposition.

Philip Devlin, Secretary of the O’Neill’s Foyle Cup organising committee, said the local anticipation for the event is high after a two-year hiatus due to the pandemic.

He commented: “It was unfortunate to have lost two years of the tournament, scuppering the chances of many youngsters taking part in the O’Neill’s Foyle Cup. However, 2022 is set to be bigger and better.” 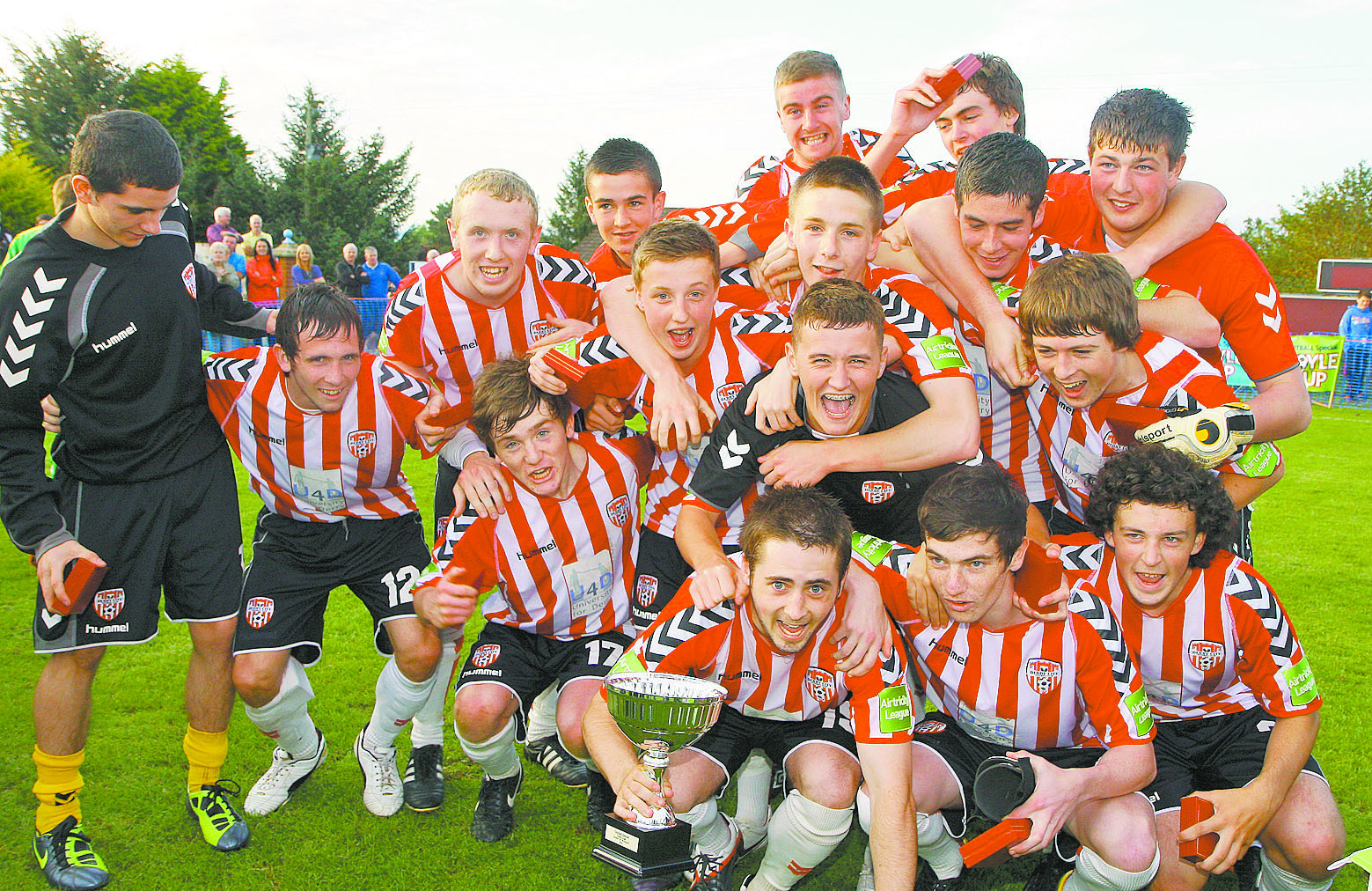 Derry City celebrate their 6-1 victory over Bonagee United in the final of the Foyle under 19 cup, played at Ardmore.

The Foyle Cup creates opportunities and offers moments of magic which will stay will players and spectators long after the last ball was kicked. Six days of football on your doorstep will last a lifetime for many fortunate enough to participate this week.

For the coaches it’s all about the development of the players, for the parents it’s all about pride in seeing their son or daughter enjoying the game they love. For those kicking the ball on the field of play, it’s just another reason to love football. 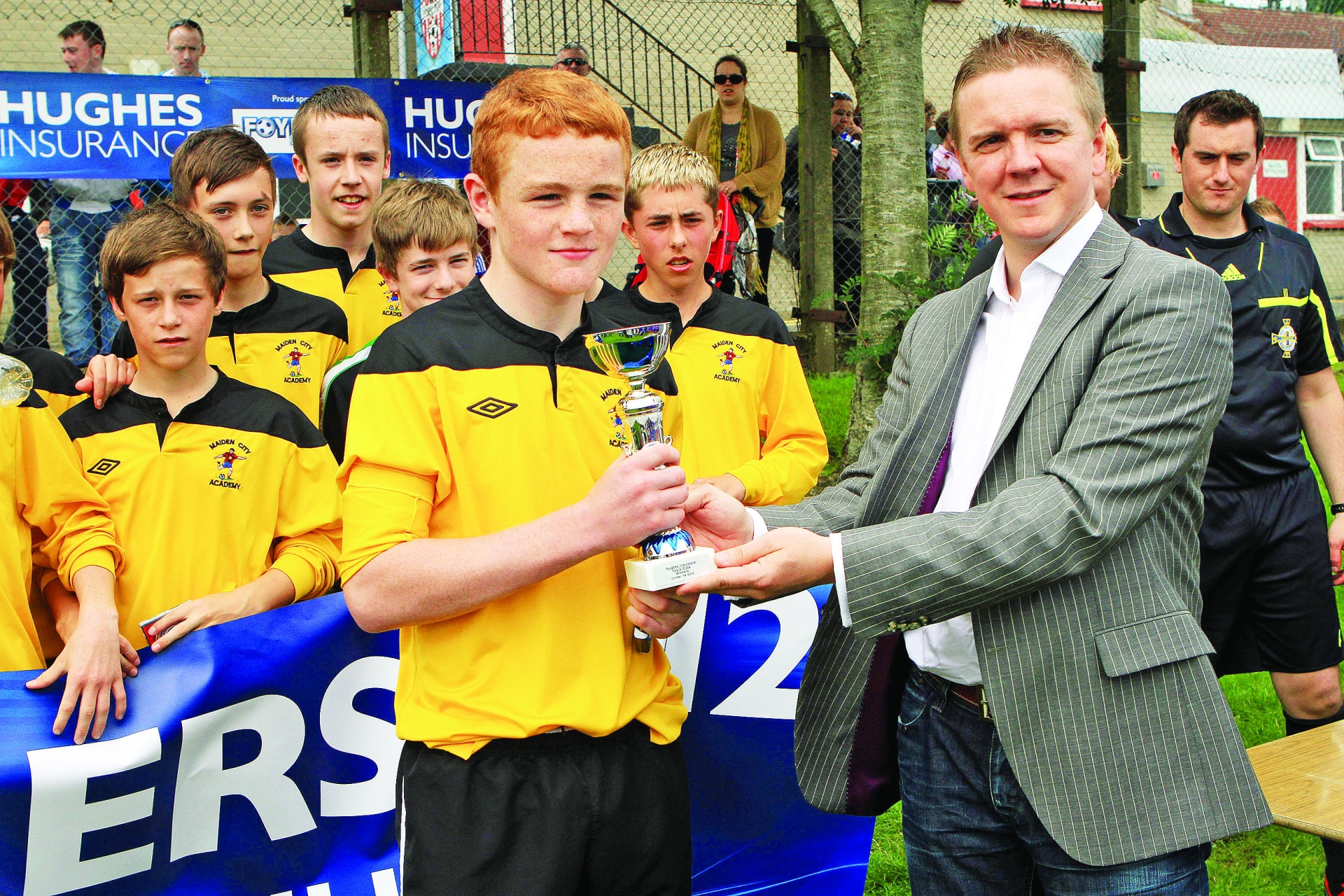 Middleweight Brett McGinty wasn’t a bad footballer either back in the day – here he is winning the 2012 Plate with Maiden City.

John Murphy, Business Development Manager at title sponsors O’Neill’s Irish International Sports Company Ltd, said: “As a local company based in the Northwest, O’Neill’s are proud sponsors of this home-grown tournament which attracts hundreds of teams from across the world.

“This is the third year of our sponsorship of this prestigious international youth soccer event, which is recognised across the world, putting the Northwest firmly on the map. We have no doubt this year’s event will be another massive success and we look forward to its return after a two-year absence.”