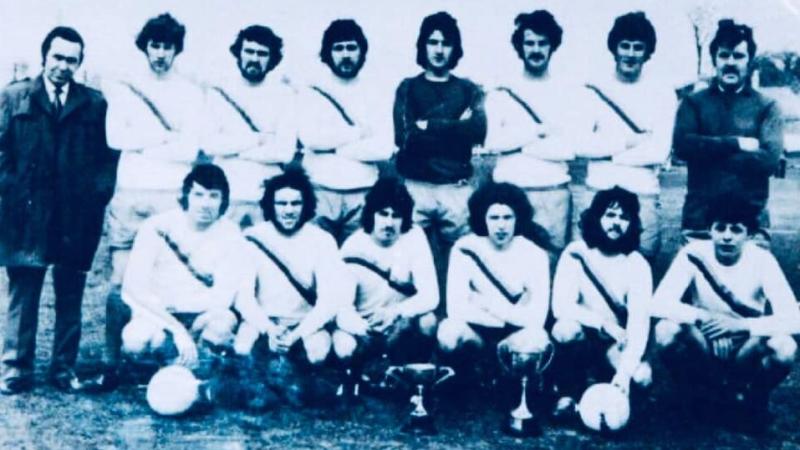 The Palmer/ McDaid Cup will return this weekend.

As part of their ongoing 50th anniversary celebrations, Don Boscos will host the return of the Palmer/ McDaid Cup this weekend.

Named after two club legends – Gerry McDaid and Artie Palmer, the competition was played every year through the 1980s and 1990s.

There are some big names involved in the competition’s return with Derry City, Institute, Finn Harps and Cliftonville all taking part at the Brandywell over the next two weeks, meaning interest should be high for the long-awaited return of a competition which brings fond memories.

Brian Kelly, who has been with Don Boscos from the very start back in 1972, explained the origins of the event.

“We started first after Gerry McDaid died in 1978,” he said. “He was involved with Don Boscos and he was also a Youth Leader at St. Mary’s Youth Club at the time. It was a total shock to each and every one of us, because he was a lovely, lovely fella, one of the nicest fellas you could ever meet.

“We ran the cup in his memory but then, in 1984, Artie Palmer died and we decided to add his name to it and we played the matches up in Bishop’s Field.

“Coolagh Celtic was the first team to win it. We then started to organise it for charity so that all the money raised went to the Foyle Hospice. Teams came from Belfast to play in it, and the last time it was run it was an Over 40’s competition, and Coolagh won it again.”

Sponsored by the Bentley Bar, the competition kicks off on Friday night with Institute facing Cockhill Celtic in the first game, and continues into Saturday when Derry City take on Don Boscos and Finn Harps take on Maiden City. The semi-finals will be played next Saturday, June 11, and Sunday, June 12, with the final played a week later on Saturday, June 18.

Brian added that the competition is also a fundraising effort for two important local charities.

“This year, because of our anniversary, we got together and decided to run the cup again. I felt there was no better competition run to mark our 50th. More importantly, we will be raising money for charity again and trying to raise as much as we can for the Pink Ladies and the Cystic Fibrosis Trust. Any money we raise will be split between those two charities. The reasons we picked these charities are because they are all close to us.”

The eight teams involved will be: Derry City, Cliftonville, Institute, Finn Harps, Cockhill Celtic, D&D Select, Don Boscos and Maiden City, and the strength of the teams involved show not only the interest locally, but the esteem which the two men are still held.

“Without a doubt,” Brian agreed. “One of the big reasons these teams wanted to come into it was because of the two charities. The minute Derry City and Finn Harps committed to it, Cliftonville and Institute were really up for it. We tried to split it around as many different areas as we could. There will also be underage teams playing at half time in all the matches, while local charity Destined are having a penalty shoot-out during the game between ourselves and Derry City. We really, really want to do this to remember our first ever team, because without them we wouldn’t be here. To reach 5 years is down to a lot of hard work and commitment.

“We have to thank the Mayor and Derry City Council for all their help. They have really wanted to help and have been tremendous. They have been really accommodating and really went out of their way for us.

“All the matches are free to get into, but it is hoped that everyone would donate something if they can towards the charities.”