'The best experience of their lives' 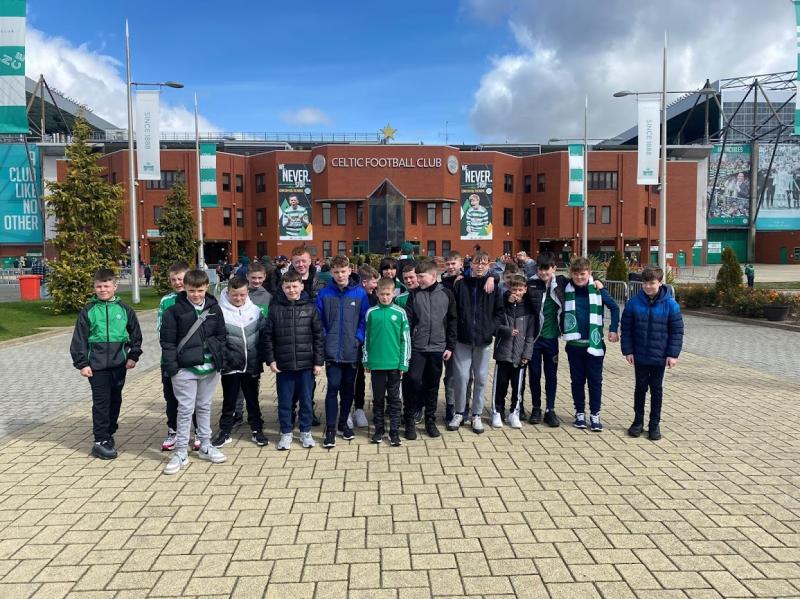 Don Boscos outside the home of Glasgow Celtic on their recent visit to Scotland.

Don Boscos youngsters recently had the time of their lives as they experienced the world-famous Glasgow Celtic hospitality first hand.

As part of the local club’s 50th anniversary celebrations and their continued relationship with the Scottish giants, 48 members of Boscos 2006 and 2010 age groups made the trip with coaches and committee members.

It was a memorable weekend for everyone involved as the youngsters started out by experiencing coaching sessions in Celtic's famous Barrowfield training ground, training and playing on the same pitches as legends such as Billy McNeill, Tommy Burns and Henrik Larsson under the shadow of Celtic Park.

Games against local teams Rossvale and West Park United followed on the Saturday morning ahead of the highlight of the weekend, seeing Celtic in action first-hand against St. Johnstone. It was a day the Boscos kids will never forget as Ange Postecoglou’s champions-elect turned on the style, demolishing St. Johnstone 7-0.

“It was a great experience,” Boscos coach Marty Crumley said. “The whole trip, from start to finish exceeded everybody’s expectations. This trip was two years in planning because of covid, but it was well worth the wait, the experience the wains had. Because of the international partnership we have with Celtic we got access to Barrowfields and the Celtic Academy coaches, which gave them the backdrop of Celtic Park when they were getting coached. It was an excellent experience for the players but also for the coaches who were learning a lot.”

For most on the trip, it was their first experience of seeing Celtic live, and there was quite the difference between watching their heroes on TV and seeing them in person.

“The match itself was a great experience and a great atmosphere and all the kids loved it,” Marty agreed. “For a lot of them it was their first time experiencing a live Celtic game. We were overhearing phone calls back to their parents saying how amazing it was and that it was the best day of their lives. That’s the kind of comments and feedback we were getting back.

“There were plenty of goals and after beating Rangers the previous week, the atmosphere was just buzzing. We were there early so we soaked up the whole atmosphere, and the match itself was great and one of Celtic’s best performances of the season. For most of them it was their first game so I think we’ve created a whole new generation of Celtic fans from Derry.” 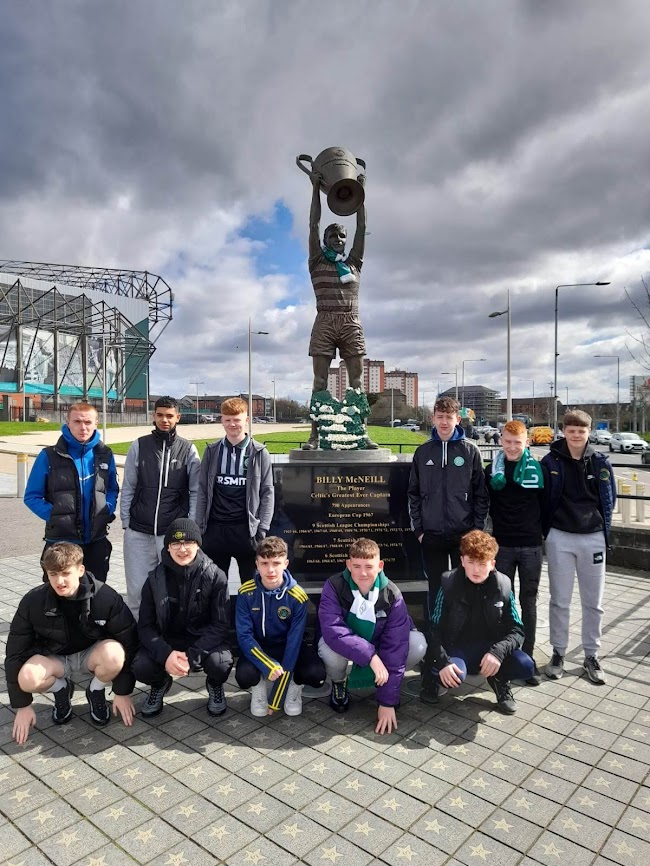 The weekend concluded with a tour of Celtic Park on the Sunday followed by lunch in the Lisbon Lions’ Lounge after which the Boscos coaches attended the International Coaches Convention where Marty himself got the opportunity to talk about Don Boscos and its history in front of coaches from countries across the world, including America, England, South Africa and Bermuda.

The relationship between Don Boscos and Celtic has now been going five years, and the local club has really enjoyed the benefits of that partnership in that time.

“The link with Celtic has been a great experience for us,” Marty concluded. “I know the pandemic took two years away from us, but we are able to attend the Celtic Coaches Convention where, for four days, we can meet with international partners all over the world. We also have access to the coaches.

“The access we have is unbelievable because we had access to Lennoxtown, we were chatting to Stephen McManus and seeing young players like Dembele, we met Neil Lennon and we were in around Barrowfields watching the young Academy teams playing. We were seeing how they set up, the whole structure of the club, right through from the science department. That’s the type of things the club is able to tap into. There’s a constant flow of information coming to help us coach kids and structure the club.

“Because this trip was such a success, I would say we would be organizing for another age group to go over later in the year so they can experience what we experienced on this occasion.” 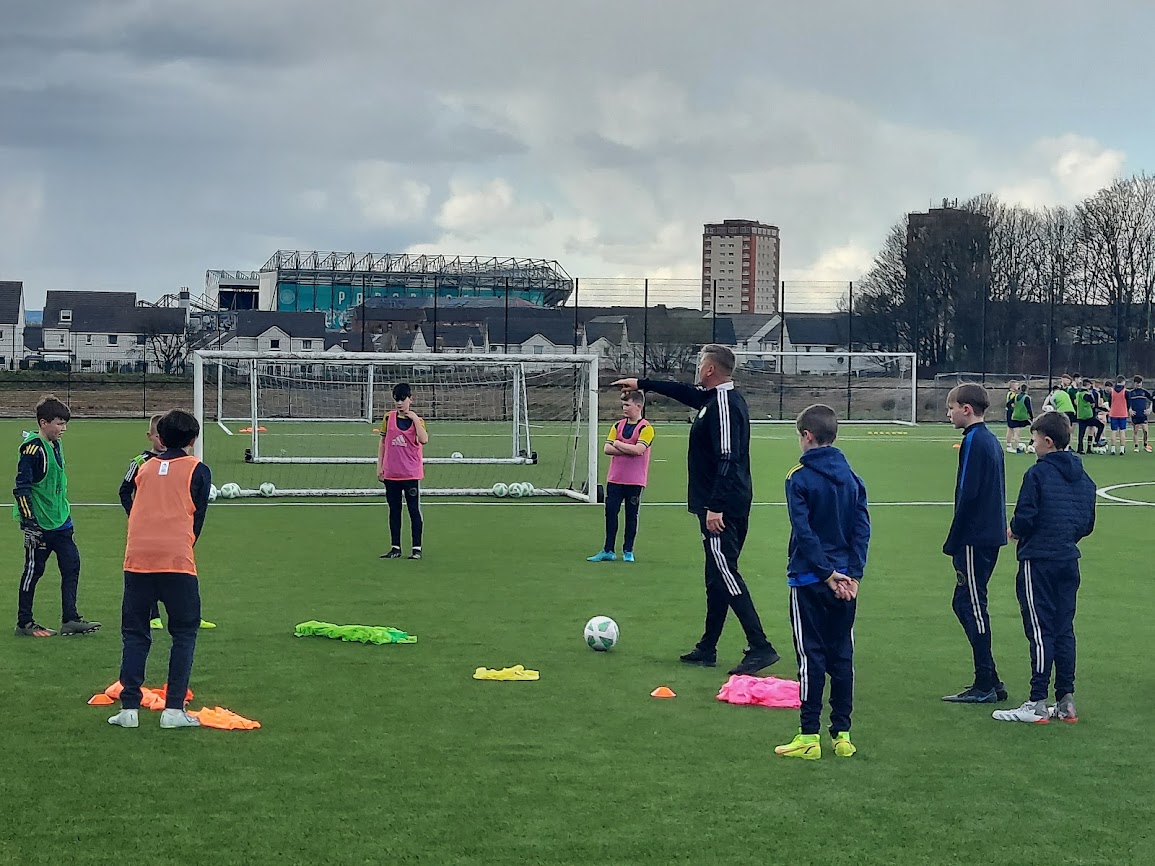