50 years and counting for Don Boscos!

Local club planning a year of celebrations for incredible milestone 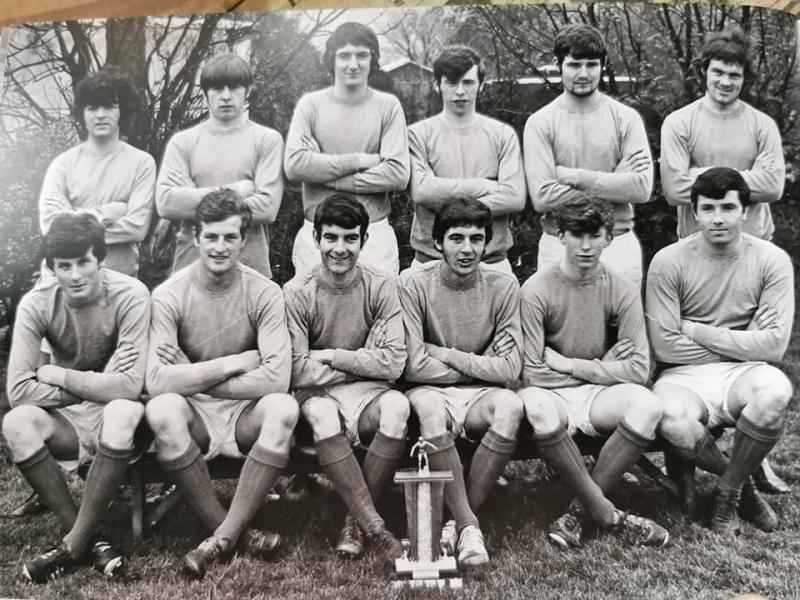 There have been many great Don Boscos teams over the years.

It is all hands on deck for Don Boscos this year as the club celebrates the incredible milestone of 50 years.

The local club, well known and hugely respected throughout the city and far beyond, is planning a host of events to mark the occasion, most notably with the return of the Palmer/ McDaid Cup this summer. All events throughout the next 12 months will raise money for Cystic Fibrosis, Alzheimer’s Disease and the Pink Ladies.

The club has an absolutely fascinating history beginning back in 1971 when a group of men, including Derry City’s first League of Ireland captain Terry Kelly, took it upon themselves to start a new club from scratch. In the years which followed, Don Boscos grew in stature, whilst at the same time overcoming significant hurdles, with each and every volunteer contributing to the success that the club undoubtedly has today with almost 300 local children involved each and every week.

50 years is an extraordinary amount of time for some, but for those who have been there from the start, it has passed in the blink of an eye.

“It is a big achievement, especially considering what every one of us in the town have been through,” Brian Kelly explains.  It started off back in 1971 with the boys playing with St. Mary’s Boys’ Club, but from 14 years of age until they couldn’t play any longer because they were overage.

“A meeting was arranged and held in Michael Carlin’s mother’s house, number 7 Demesne Gardens in Creggan. Mrs Carlin said 'why don’t you call the team after the Patron Saint of youth which happens to be Saint Don Bosco?' and this was accepted by all as the name of the new team.

The lads approached their St Mary’s youth club manager Hubert Hamilton and asked him if he would manage them in the D&D, and to this request he agreed to become their first manager.”

The club promptly entered the D&D League and won both the league and the McAlinden Cup in its first season in 1972.

In all, Don Boscos have won the D&D league title 10 times, the Mc Alinden Cup 9 times, the Bishops Cup 6 times, the J R Doherty Cup twice, the Palmer/McDaid cup twice, the Belmont Cup once and many others, including a memorable Buncrana Cup victory back in 1990. They have also won the Terry Kelly Cup, named after the great man himself, on three occasions.

For Brian, his brother Terry is the main reason the club is able to celebrate such a milestone year.

“Without his vision, his drive and love of the club that he introduced us all to, and in turn we all have come to love, the club most definitely would have folded years ago,” he insists. “If it hadn’t been for my brother we wouldn’t have lasted the 50 years. The likes of Jimmy Crumley in the youth setup, he more or less took that forward, but before that, if it hadn’t been for Terence, the club would have been gone a long time ago.

“So, to Michael Carlin, Leo Doran, Martin McLaughlin, Artie Palmer, Charlie Mc Crudden, Jimmy Crumley and lastly the main man Terence (Terry) Kelly thank you all for making our lives so much richer and memorable.”

While Don Boscos have become renowned as one of the best clubs for youth development, the importance of the first team to take those big steps forward has never been lost on those at the club today.

“There were the Troubles and there were problems getting to matches. There was no such thing as sponsorship then either so it was all paid out of our own pockets. Paying to get to matches and wash rigs you had to wash rigs in your own house because there was no funding. Funding is the biggest difficulty in keeping any team going.

“These problems were overcome because of the love of the club and the love of playing football. If the dedication wasn’t there, you wouldn’t have a club, and that’s the same up until now. Every coach or manager that has been with the club has been purely voluntarily from the start. They give up their time freely which is amazing, especially nowadays.”

The club have been proud to have some big names go across the water to have successful careers in the game – such as Shaun Holmes, Paddy McCourt, Stephen Parkhouse and brothers Aaron and Jordan McEneff. That list will undoubtedly be added to in years to come with Don Boscos forging strong links with Glasgow Celtic as well as clubs in Spain and Italy.

“What this is all about is creating memories for all of us to look back on. I still get messages from boys all over the world from boys who used to play in my team and who used to be involved in Boscos. I get messages from New York, Australia, France, and it’s great to see. To me the biggest enjoyment you get out of coaching kids or managing kids is the smile on their faces. Years later they turn around and say to you they have great memories to look back on with Don Boscos.

But without the dedication of the likes of Terence and a few others in the big team, we definitely wouldn’t have made it.”