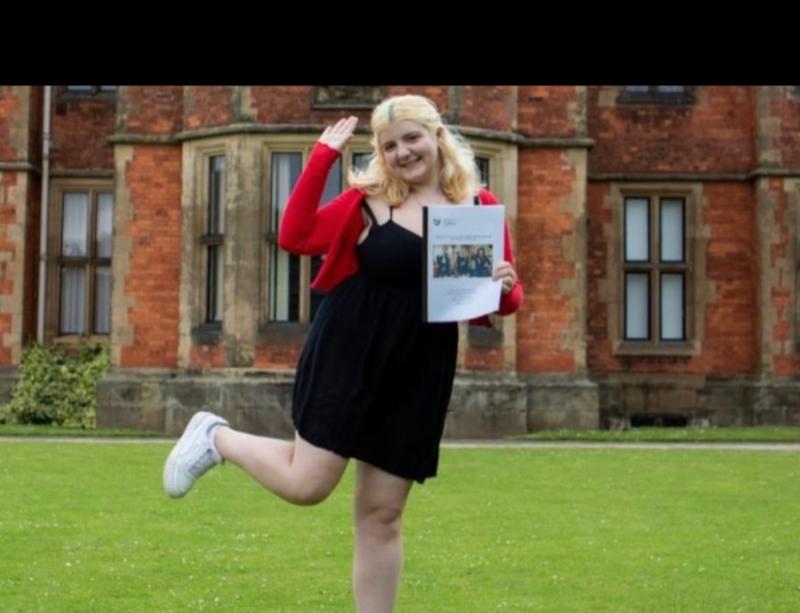 A Derry university student, who studied for her BA in English and Related Literature, wrote her dissertation for her undergraduate degree on the hit Channel 4 show, Derry Girls.

Réiltín Doherty, a third year student studying at the University of York, recently handed in her dissertation entitled “Being a Derry Girl, it’s a state of mind: Humour, Teens and the Troubles in Derry Girls."

The 21-year-old produced an 8,000 word essay, consisting of three main chapters, exploring the complexities and simplicities of normal, daily life during the Troubles.

Speaking to the Derry News, Réiltín from Derry's Waterside, said the idea for her dissertation was initially a joke between her and her father.

"It started off as a joke with my dad in first year," she said. "That I would end up writing my dissertation on Derry Girls.

"By the time it was time to submit a proposal, I realised it was actually a good idea and went for it."

Réiltín's supervisor was extremely supportive of her idea and thesis which was based around the character Michelle Mallon’s quote: ‘Being a Derry Girl is a state of mind.’

Réiltín explained: "The first chapter compares the troubles of being a teen to the Troubles and shows how the Troubles are used comically in the show.

"The second chapter talks about the episodes that have no or minimal references to the Troubles and how important they are for representing normality for the people in NI.

"The third chapter evaluates the more emotional and poignant moments, and how important they are for showing that we can't go back to that period in time."

The latest series, and the important political matters it explores, was released too late for Réiltín to evaluate it for her dissertation so her thesis focuses on series one and two.

Despite extensive research and repetitive watching of the series, Réiltín is still a huge fan of the show and loved the latest and final season of the show.

Réiltín continued: "I adored the latest series. I didn't have time to include it but it meant I could enjoy it without thinking to critically about it.

"The last episode was very special to me and thought it was a great way to tie up the show. I actually submitted my dissertation that night before the last episode so it felt very full circle."