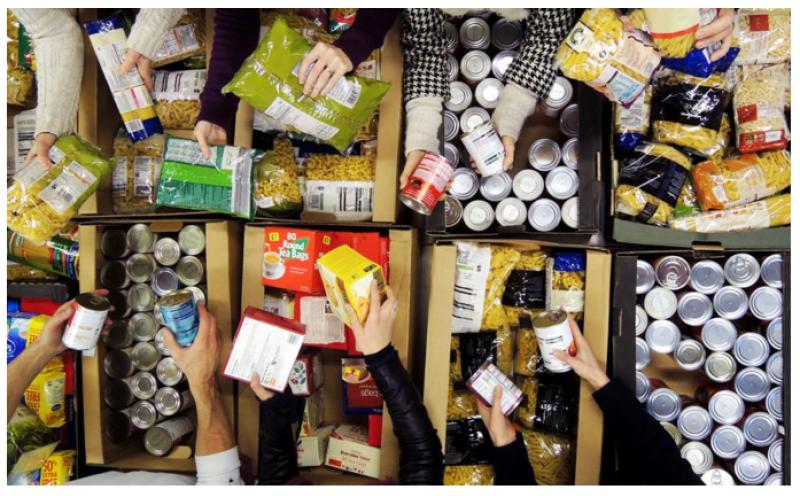 Nearly one in five people in Northern Ireland are considering using a food bank this Christmas, which is higher than the national average.

This figure comes after a survey of 2,000 people was carried out by Censuswide for charity ‘The Big Give.’

The survey also found that more than half of the population in Northern are planning to donate to children’s charities this Christmas.

40 per cent are also planning to donate to animal charities and 38 percent plan to donate to homelessness and refuge support.

The survey found Northern Ireland to be the most charitable UK region, with more than three-quarters agreeing that it is better to give gifts than to receive them.

“Expenses go up this time of year. Not just trying to buy food and gifts, but also heating in winter.”

A campaign organised by the Big Give and backed by celebrities such as Stephen Fry, Dame Judi Dench, Russell Brand and others is aiming to help.

The Big Give Christmas Challenge is the UK’s biggest Christmas coordinated fundraising appeal, supporting over 900 charities to raise funds with the unique offer of matching any donations made during the week of November 30 to December 7.

This gives the hundreds of participating charities the opportunity to have their donations doubled.

Alex Day, Director of The Big Give said: “Our study shows that, sadly, people across Great Britain and Northern Ireland are facing an imperfect storm; high fuel prices, chronic mental health problems, rising debt, loneliness and fears about Covid-19 will mean that, for many, this festive period will be a far cry from picture perfect scenes portrayed on Christmas cards.

“Some will rely on charities which will be further and further stretched as demand grows.

“That is why, for those who can, supporting charities is more important than ever. Through The Christmas Challenge campaign, we are offering to match any donation made to hundreds of amazing charities through theBigGive.org.uk That means whatever you can give will go twice as far.”

The Christmas Challenge consists of many different charities, from small local organisations to large international charities.

All the charities help those that need it most; including refugees, children, older people and animals.

The Christmas Challenge was launched in 2008 by Sir Alec Reed, founder of Reed Recruitment. Last year, the campaign raised £20.1m for 764 charities.