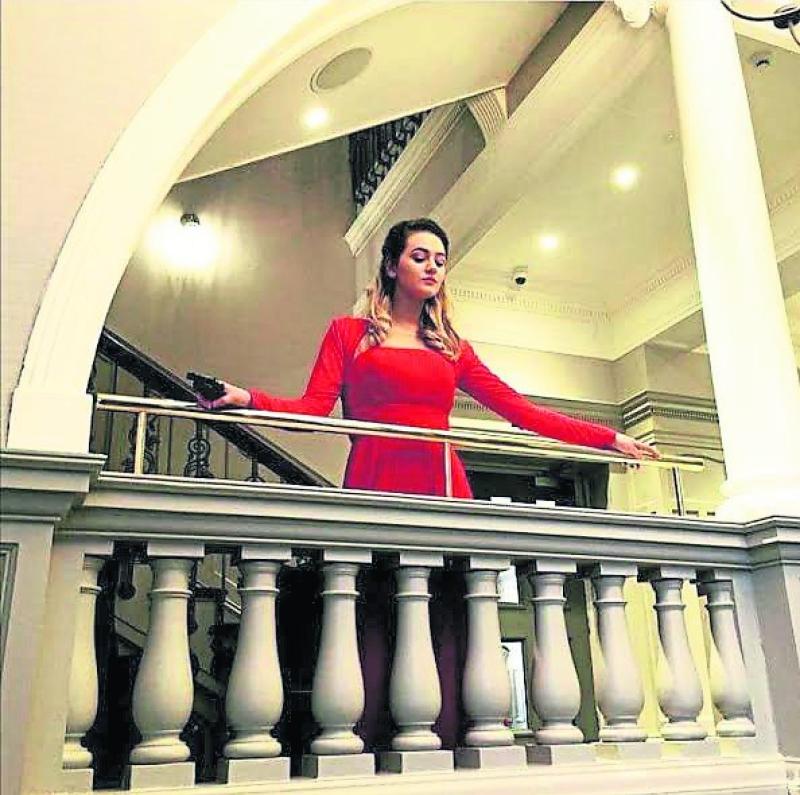 Shannon Wilkinson recently successfully auditioned for a career defining role in Derry playwright, Brian Foster’s ‘When the  Creggan  Heights Spinster Met the  Buncrana Stud’ as it is set to take to the big stage.

The 24-year-old, who was born and raised in Creggan, says her success is down to the support of her loving family.

“I grew up with my two big sisters, my big brother and my mammy and daddy. We are a very close family, a very supportive family. They’ve always supported me in what I wanted to do.

“For example, when I was younger my big sister, Claire, would put on shows with me like Stars in their Eyes or variety concerts and we would dance over them and God love her, she was a good few years older than me, so for her, she's probably thinking I’m just doing this for my wee sister. But to me, it was like, you are my hero. You're teaching me how to dance and how to have fun.

“From a really young age, because of my family, I always had a creative edge and the creative side was always there for me. My mammy is the reason I then started acting. She’s an actor herself, she never went full time or professionally, because she had us four. But, when she was going to rehearsals when I was young, I was about eight years old, and I asked if I could go with her, I really wanted to go and see what she did. 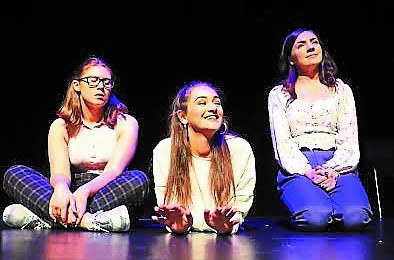 “She was like ‘great, okay,’ so we went to her rehearsals and it just completely blew my mind.

“I was in awe of my mammy up there on stage and being someone else and a telling story. For me, it was like when you watch TV or see a film when you're a child. You're like, that's magic. Seeing my mammy on stage was like seeing the magic being revealed.”

From there, Shannon jumped straight into drama classes and she fell in love. She was surrounded by amazing talent from people of all ages, abilities and backgrounds. Shannon also pursued her talents at school.

She said: “Going to those classes from such a young age, Carmel McCafferty, Murie McCallion and Kevin McCallion, they taught me a lot of what I know today because they're the kind of memories that you take with you. I never really liked school either, I was the class clown, it was a defensive thing because I wasn’t book smart, but I loved drama. I had the most phenomenal dance and drama teachers, Audrey Beagly and Greta McTague. They really, really believed in me.”

Shannon went on to study Performing Arts at the Tech (North West Regional College) in Derry. It was there she built her confidence, learned all the different skills and roles within the industry and described it as 'the best two years of her life.'

After this, she was signed to NOVA artists and was one of the first actors on the books.

“I had to choose what path I wanted to take. Growing up, I was always drawn to theatre. I was Robin Hood in my P7 show, I was so happy and buzzing with that and it spiralled from there. So, when I left Tech, I really wanted to go down the route of educational theatre. I noticed that that's where I felt like I was making more of a difference.

“So, don't get me wrong, I absolutely love being on stage and I love doing all these different stories but whenever I'm doing a show, about a topic like mental health or domestic abuse or sexual consent, whatever it is, I feel like I am not only enjoying being on stage and being someone else, but I'm also helping people out there.”

Shannon took part and toured Ireland in shows such as ‘Wasted,’ a show about sexual consent, ‘Happily Ever After,’ written to raise awareness for domestic abuse and ‘Two fingers up’ about sex education and female liberation as many schools across the North still do not have a practical sex education curriculum. 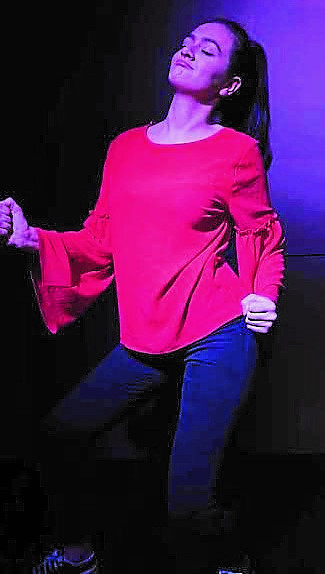 Some of the tours were also performed in bars, youth clubs and schools all over the North to raise awareness.

Shannon said: “It was such a good experience just being able to talk to different people. People would come up to me after and say, 'you have no idea how much that has helped me and I feel like I can speak up” and you don't realise the impact it has on people. It was emotionally draining, because they were heavy topics, but it was so worth it.'

Not long after her last play, the pandemic hit. Like many actors, Shannon was out of work and it was the longest period of time she had gone without working or performing.

Shannon spoke candidly of her mental health struggle through the pandemic. She said: “My mental health was really, really bad. I've always had depression but I had always managed it and could live and be happy.

“But when Covid hit, my depression was back and it was worse than it ever had been before and then I got diagnosed with anxiety. I'd never experienced anxiety before, panic attacks or anything. Being in lockdown, being away and isolated from your family, from your friends, from so many people. It had a really bad effect on me. I just got to a point where I didn't even want to act anymore.

“That's the bad thing for me, because growing up and from such a young age, it's the only thing that I knew that I was good at and the only thing I wanted to do for the rest of my life. It was the lowest moment for me, I just didn’t think I would ever go back to the person I was before, I felt worthless and like I had nothing to offer.”
Shannon made some life changes and moved back in with her parents. With the love and support of her close family and friends, Shannon started to get better.

“I started opening up to people. I started being honest with my emotions and how I felt. I went for counselling at CALMS. They are such a great organisation. They've done so much for me. Breathwork and meditation, finding my spiritual journey. It got me to where I am today. I want people to know that you can come out the other side. When I stopped giving people the power to determine my self-worth and achievements, the ball started rolling. There is help out there and I want people to know that.”

As shows started production post-pandemic, an audition for Derry Girls came up and Shannon auditioned. A proud Derry girl herself, she felt confident and was hoping this would be her comeback role.

Unfortunately, Shannon did not get the part and it knocked her confidence back. It was then that a friend of Shannon’s sent her the post about Brian Foster hosting auditions for ‘The Creggan Heights Spinster Met The Buncrana Stud.’ 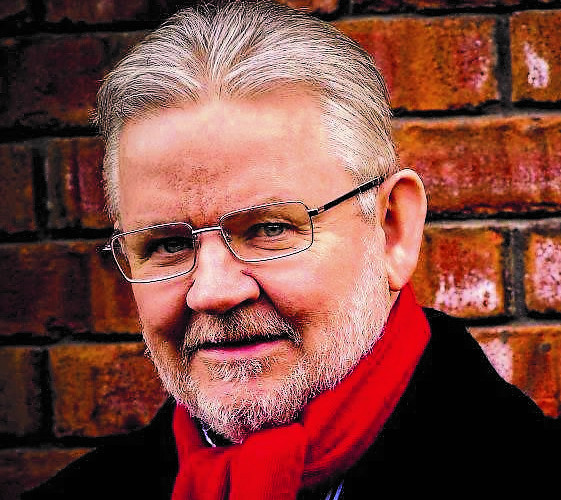 Brian Foster, writer of When the Creggan Heights Spinster Met the Buncrana Stud.

“I've seen so many of his shows and they're absolutely phenomenal,” she continued, “Maire: A Woman of Derry,  it’s the most heart-breaking show but the funniest too. You're laughing one minute and then you're crying. Not a lot of writers can do that. So, for me, I've always wanted to work with Brian.”

“I hadn't done a theatre show in quite a few years because of Covid. The last time I was in front of an audience would have been 2019, which for me, that's been my longest gap ever of not being on stage but theatre is my home.”

Shannon went to the audition, a show set in the streets she grew up in, and found out only hours later that she had landed the role.

“I told my mammy and she said to me that this play is going to be absolutely hilarious. She had seen it before and she said every time the audience stopped laughing, it was time to start laughing at the next joke. It’s full of references from Derry and I am so proud to work on this as a proud Derry woman myself. It’s an honour to work with the cast that I am and I had to take a moment to tell them that.

“I’m working with Gerry Doherty, Martin Bradley, Pat Lynch, Kathy Deehan and they are all the actors I looked up to growing up. Going through school, Tech, drama clubs, youth groups, organisations and all that there, it was brilliant but to share a stage with all these amazing actors, it’s going to be brilliant.

“I am really excited and I am really looking forward to it, I hope Derry is too. It was played by a phenomenal actress before, Rachel Melaugh, and I just really hope that I can do the part justice. I’m playing a 28-year-old in the sixties. I want all the women of Derry to be reliving their youth through me and to be looking going, mind we used to wear those skirts and have our hair like that. I want the audience to see that and to give that to them.”

‘When the  Creggan  Heights Spinster Met  tThe  Buncrana Stud’ will hit the Forum stage next March.

The festival will return to one date for next year.