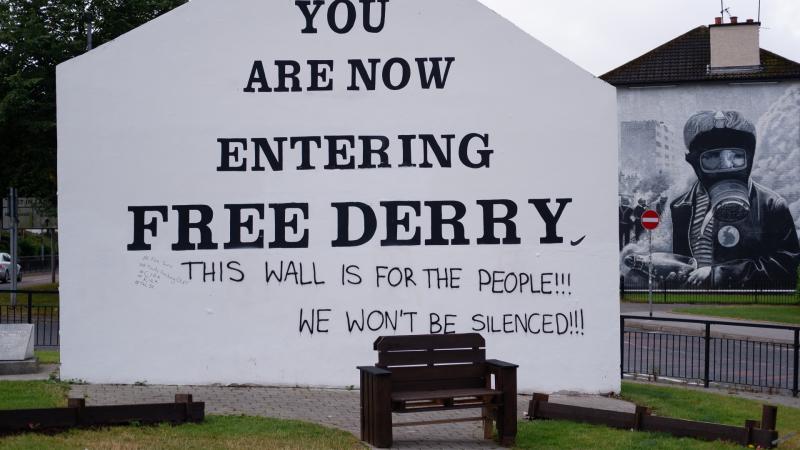 A newly erected wooden bench and flower boxes in front of the historic Free Derry Corner have been vandalised overnight.

The seat appeared last week in front of one of the city's most famous landmarks.

Visitors made use of it during the good weather to get their photos taken.

However, overnight the new embellishment was discarded and a message of disapproval written on the wall.

It reads: "THIS WALL IS FOR THE PEOPLE!!!

The wooden bench and flowers were erected in front of Free Derry Wall as part of that campaign.

The Pink Ladies group have said the incident has left them 'saddened and shocked as we are a cancer support group caring for the health and wellbeing of all'. 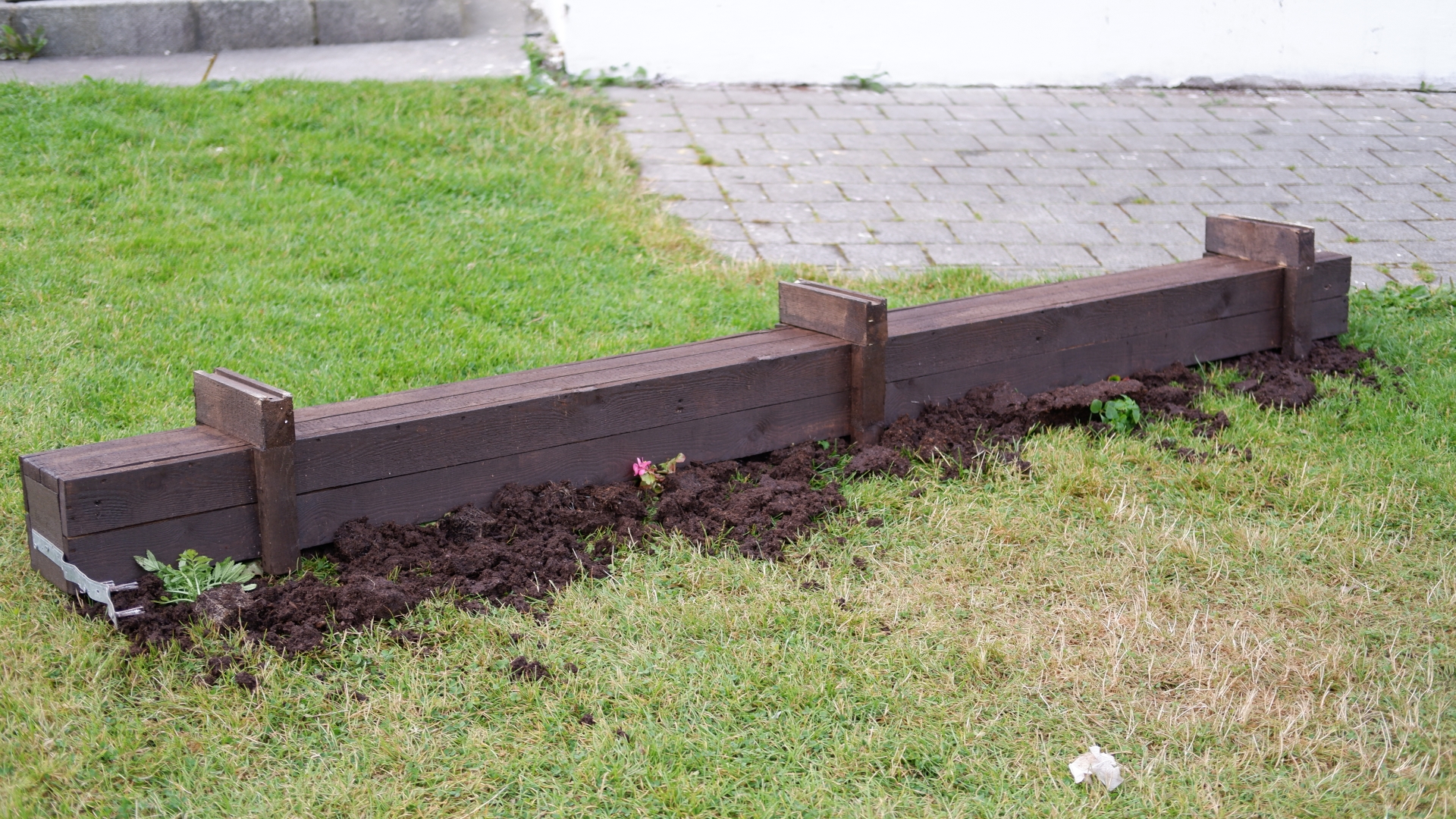 Free Derry Corner has been a symbol of protest and resistance since January 5, 1969.

On that date veteran civil rights activist, Eamonn McCann, came up with the slogan 'You are now entering Free Derry' which Liam Hillen painted on the gable wall of 33 Lecky Road.

The slogan was adapted from a similar one used by students involved in the Free Speech Movement at the University of California in Berkeley.

The area in front of the wall became known as Free Derry Corner by locals.

The surrounding streets were the scene of the Battle of the Bogside in 1969 and Bloody Sunday in 1972.

Houses on Lecky Road and Fahan Street were subsequently demolished, but the wall was retained.

It has been repainted at frequent intervals and it is used throughout the year to highlight charitable events and to express political liberty.