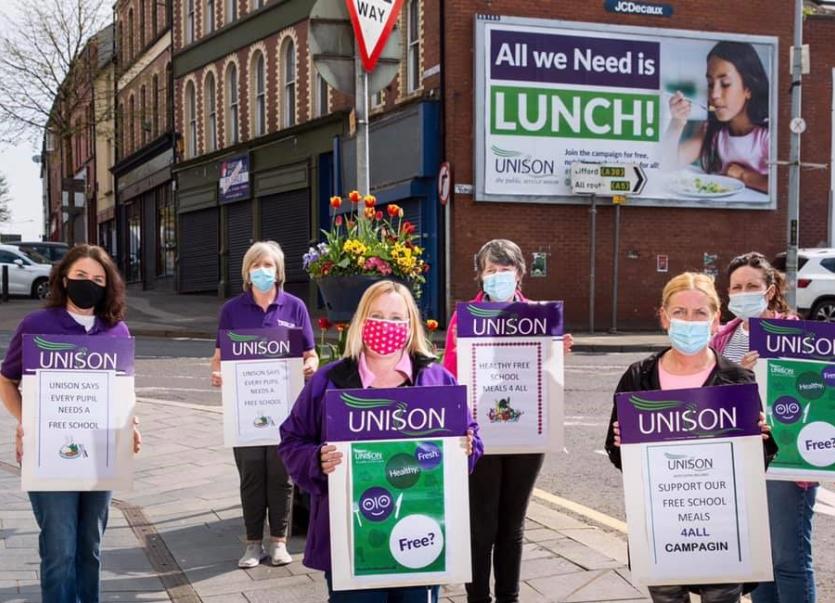 The local council will today be asked to support a motion which calls on Stormont to fund the provision of universal free school meals for all children regardless of their social and economic background.

A Western Trust Board meeting was previously told that one in four families within the Trust area experience poverty linked to higher and lasting levels of unemployment and low wages.

Derry City has the highest percentage of children entitled to free school meals at 43.3 per cent compared to a Northern Ireland average of 30.7 per cent.

One of the UK’s largest trade unions, UNISON, has launched a billboard campaign calling for free school meals with the message, ‘All we need is lunch!’

“It's the sort of issue that should have pushed even the parties of the political establishment into action. Shamefully it hasn't.

“Many children go to school hungry. Many children don't have access to nutritious meals. This has a direct impact on their learning and health outcomes.

“We're calling on the Derry and Strabane Council to get behind the demand for Stormont to fund universal free school meals for all children and young people as part of their education package.

“Implementing this will not end child deprivation but it is a measure that can be part of a serious attempt to address it. Children from all backgrounds and communities would benefit from it.

“This is an issue that cuts right across our divide. The campaign is bringing people together. We should get it implemented as soon as practically possible."