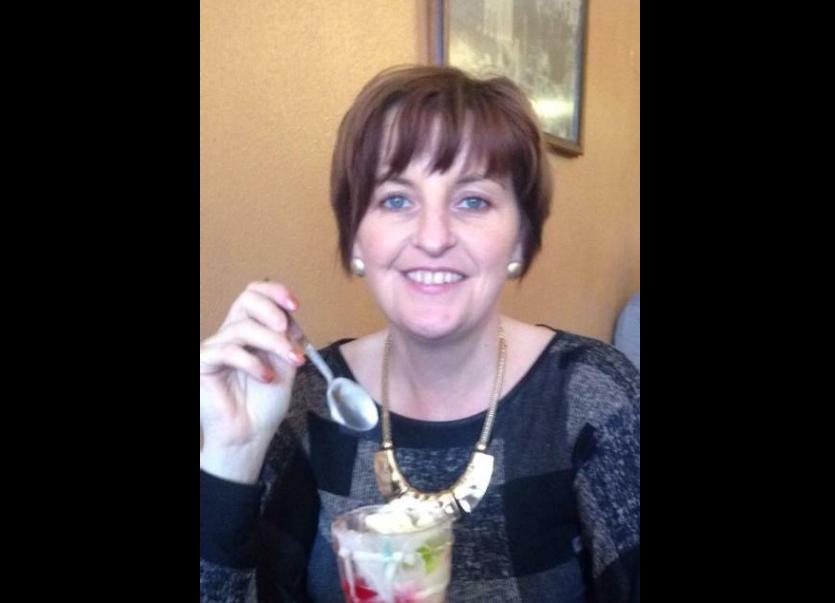 A local family who lost their mother to cancer are raising funds for Foyle Hospice ahead of Mother’s Day.

Derry woman Martina Keating passed away in 2014 after battling with cancer.

Along with others, the Keating family will be remembering a very special lady who is absent on March 14.

They are holding a fundraiser for a local charity that has touched the lives of many people in the city.

Donators will also be entered into a draw to win a gift set that can be presented to a mother, granny, aunty, sister, friend or any special lady.

Martina’s husband Michael, daughters Natasha and Elisha, and sons Nathan and Jack are still coming to terms with the loss but hold on to many happy memories.

Speaking to the Derry News, Natasha paid tribute to her mother saying: “Anyone who knew my mammy knew that she was somebody you could always go to for advice.

“She always had a smile on her face and was carrying on.  Mammy was just known by everybody and when she smiled she lit up the room.”

In June 2014 Martina was helping Elisha gather belongings to move to university when she experienced pain.

At first she suspected it was a pulled muscle and went to the hospital.

After performing gall bladder surgery doctors diagnosed cancer in her liver and bowel.

“It came as a big shock to us all.  My mum battled for six months and died at the age of 44,” Natasha said.

Foyle Hospice supported the family, allowing them to comfort Martina until the end.  In particular, one special nurse called Rose Green went above and beyond.

Now retired, Rose worked as part of the Community Specialist Palliative Care Team at the Hospice.

It is a group of specially trained nurses who provide professional palliative care expertise and support to patients and their families in their own home.

Natasha recalled: “Rose arranged everything, we didn’t have to do anything when it came to getting a hospital bed or making sure that my mum was comfortable.

“She ended up doubling up as a counsellor for us, she was amazing.

“So we always wanted to give back.

“We know that the pandemic has impacted on all local charities and we’d like to help them all.

“But we wanted to do it in memory of my mammy for Mother’s Day so that’s why we chose somewhere that did help us, in the hope it can help another family like us.”

Martina’s death was the first time that the family was directly affected by cancer.

Sadly, her family has experienced untold heartbreak in the past.

Natasha said: “My daddy lost his mother to a brain haemorrhage in August 2000, lost his two sisters in a house fire not far from the flower shop he owns in Beechwood and lost his father in a car crash.

“It’s a lot of tragedy for one person to go through.”

Martina’s death left a chasm in all their lives.

“My mum had us spoilt rotten so we had to learn everything, we’ve had the support of family and friends who have been so good.

“As a family we are really close and help each other so much.

“Even though it has been seven years it’s still quite raw, I don’t think it’s something you can ever get over.”

Having witnessed the dedication of hospital staff during her mother’s illness, Elisha trained to be a nurse and is now working on the ward where Martina was treated.

As a family they wanted to do something more to recognise the hard work of the Foyle Hospice and Mother’s Day this year provided the perfect opportunity.

The prize which will be given away is worth over £500 with items including a Michael Kors bag, nomination bracelet, perfume set, rainbow flowers bouquet and beauty hamper.

To be in with a chance of winning all you have to do is make a minimum donation of £5.

The plan is for the competition to close and winner to be chosen on Mother’s Day.

You can visit www.justgiving.com/fundraising/martinakeating for more details.