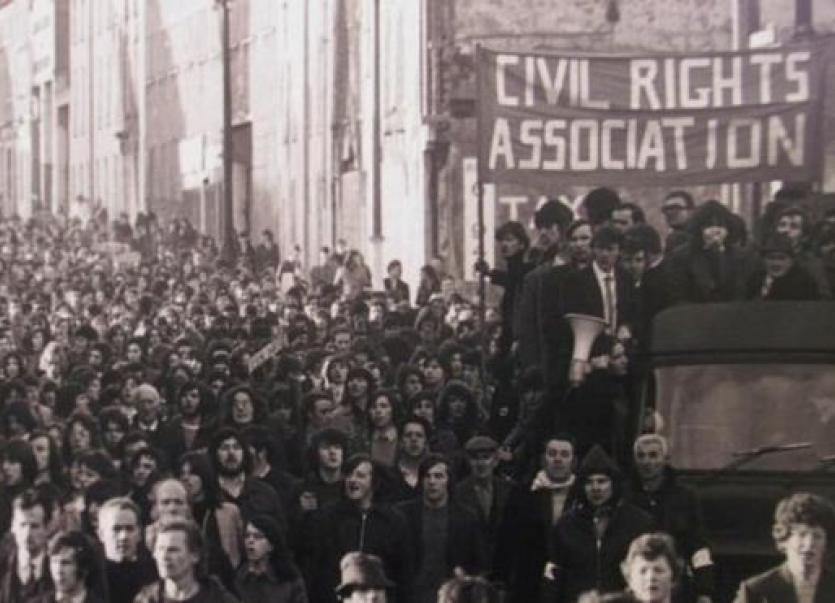 Bloody Sunday families will mark this year’s anniversary in private remembrance as the Covid-19 pandemic has forced the cancellation of this year’s march.

For 49 years, heartbroken families of those killed on Bloody Sunday have poignantly retraced the route of the civil rights march on January 30, 1972.

Fourteen people lost their lives on 30 January 1972 when British paratroopers opened fire on a Civil Rights march in the Bogside area of Derry.

Kate Nash, whose 19-year-old brother William was gunned down on that day, is disappointed but accepting of the fact that it couldn’t take place because of the current public health risks.

Instead, Kate, along with Liam Wray – whose brother James was shot in the back while running away from soldiers – and others pre-recorded a video of themselves walking a short section of the route as they share their own thoughts.

That will be weaved together and aired online at 3pm on Sunday, January 31.

“The minute this pandemic began I knew there was always a risk it might not happen.  This is the only way we could do it this year without putting anybody at risk,” Kate explained.

Consideration was given to having 14 people march while socially distanced but organisers decided against it in the interests of public safety. 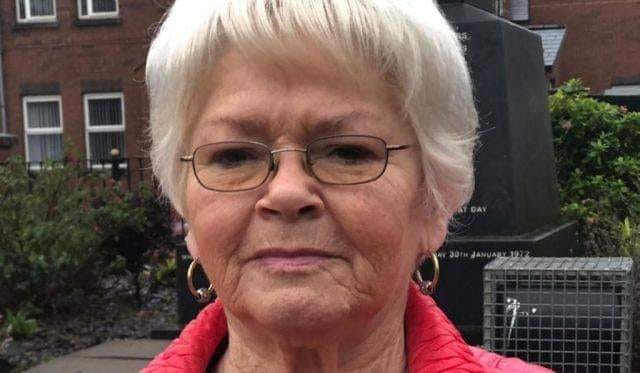 This week, Kate (above) told the Derry News: “I think we’ll have good support next year when we do the 50th anniversary march and I pray to God that the pandemic will be a distant memory.

“The 50th anniversary was always going to be more special in my head.  I don’t know why I’m wishing my life away but I was looking forward to it and trying to plan ahead.

“That’s half a century.”

Kate didn’t always partake in the march, the Good Friday Agreement 1998 and her father’s death in 1999 acted as the catalyst for her to take part.

Her father died on January 25 and just days later she arrived at the morning service with flowers to honour her father.

“I remembered what my father did on Bloody Sunday going out in a hail of bullets to help Willie.

“I always thought him very, very special for doing that.  But he never thought himself special, he thought any father would do that.

“He deserved to have a wreath at that special spot not far from where he tried to save his son’s life.

“He was so brave, he got his heart broke and never really got over it.”

From that day on Kate has been heavily involved, doing work behind the scenes and speaking to the press about her family’s experience.

In 2011, following the publication of the Saville report and an apology from then British Prime Minister, some families decided that would be their final march.

Kate felt that decision was premature as she believed prosecutions should still be sought.

“I was very, very upset about the whole thing ending so the next year we did it again.  Very rough and ready but we did it.

“But it’s absolutely every family’s own right to decide what they want to do and we were all getting older.

“I’m almost 72 and I’m not very good at marching but I feel that by walking I can still contribute in some way.”

The theme of this year’s ‘Bloody Sunday March for Justice’ is ‘It’s Never Too Late for the Truth’ and that’s Kate’s strongly held belief.

Asked what the whole truth looks like to her, with conviction she responds: “I can’t describe it to you but we will know it when we hear it.

“I might’ve given up hope at one time, temporarily, but not for very long.

“I’ll keep going on and on and on until I can’t go on any longer.

“The British government haven’t got a good name around the world for this type of thing anyway.  You just keep working and let them know, ‘you’re in a fight here’.

“A judge will decide on the punishment, but I just want them in there to hear, ‘you’re guilty of murder’.”