Durkan thanks Derry public as headstone is erected for Jimmy Brolly 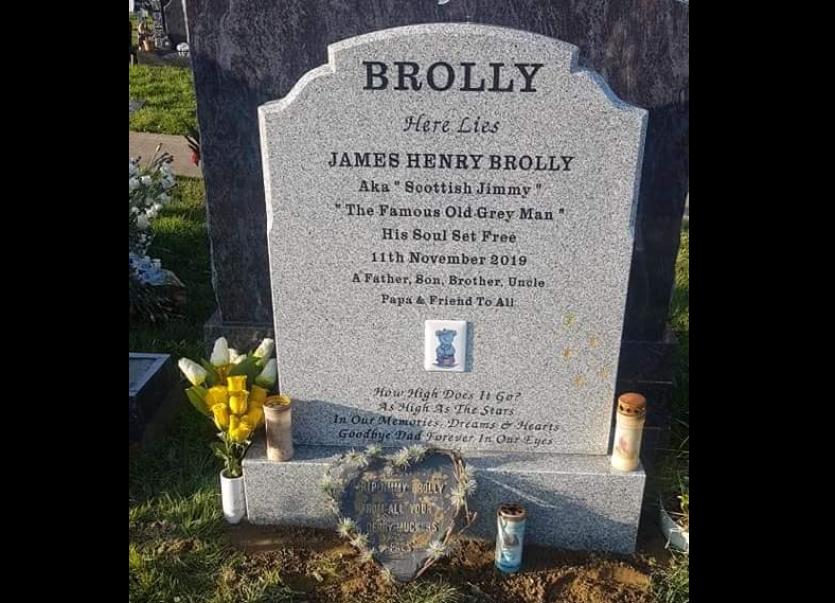 SDLP MLA Mark H Durkan has thanked the public for their generosity following the erection of a headstone for much loved Derry character, Jimmy Brolly, a year since his passing.

James Henry Brolly, known to many locally as 'Scotch Jimmy', died at Altnagelvin Hospital after a short illness on November 11, 2019.

He was a well-known figure in the city centre and following his death thousands of people took to social media to express their condolences.

Mr Durkan last year opened a JustGiving page to cover funeral costs for Mr Brolly, which surpassed its £2,000 target within hours of its creation.

The Foyle MLA commented: “This week marks the first year anniversary of the passing of Jimmy Brolly.

“A well-known and popular fixture in Derry’s city centre, Jimmy despite his battles was always glad to stop and share a joke, a tale or a pearl of wisdom. Happy just to share your time.

“Upon his passing I set up a JustGiving page to raise money for a modest funeral and burial for Jimmy. The generosity of the Derry public was as always overwhelming. Not only did we raise enough to lay Jimmy to rest after a beautiful dignified funeral but there was enough to buy a headstone which was erected over the weekend.

“Massive thanks to the people of Derry for making this possible and to the staff at Damian House for all they did for Jimmy and continue to do for so many vulnerable people.”