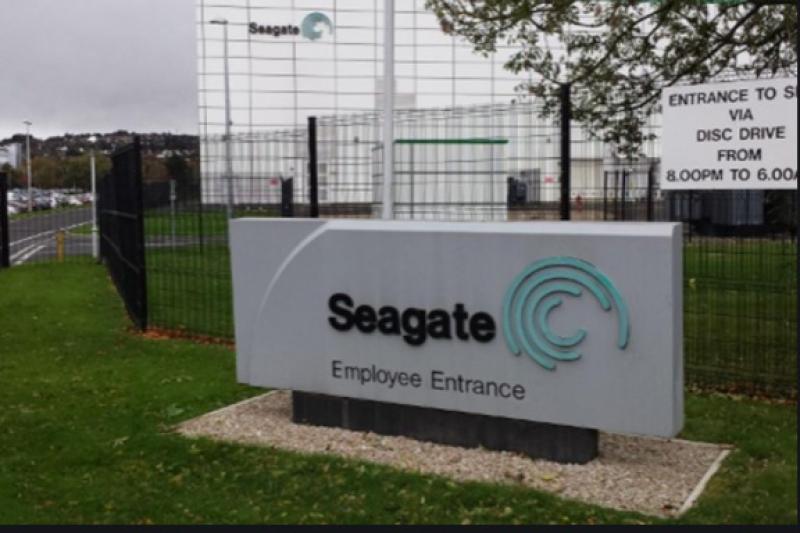 The Economy Minister has credited her officials at Invest NI (INI) with bringing Seagate to Derry despite the fact the company moved to the city eight years before INI was formed.

Seagate Technology, a manufacturer of computer hard-drives and other data storage products opened in Derry in 1994 and since then has become the city’s largest employer with around 1,400 staff.

Invest NI was established in 2002 - it is a non-departmental public body of the Department for the Economy (DfE) tasked with selling different parts of the country to inward investors.

It’s well-known in the city that the late John Hume played an instrumental role in securing investment from Seagate following a meeting with a Seagate executive in a Los Angeles bar.

The plant has subsequently injected vast sums of money into the NI economy while providing thousands of secure jobs for locals over the past 26 years.

INI has faced scrutiny in the past for its perceived bias towards Belfast with some Derry politicians and prominent businessmen branding it ‘Invest Belfast’.

He said INI drives investment towards Belfast which means that young talented people in Derry move there for work.

His frank comments came after Invest NI figures for the 2018/19 year were revealed which detailed locations visited by potential inward investors to Northern Ireland hosted by Invest NI.

They showed 278 visits (87%) to Belfast, compared with just six (2%) in the Foyle constituency and a meagre two visits in East Derry.

These could include, Sinead McLaughlin suggested, the benefits of locating in Derry, the high quality of life in the city and surrounding area and the excellent broadband connectivity in the city.

“As you know this is evidenced with the projects Invest NI has brought to the area such as Seagate, Firstsource, Allstate, Axa, Computershare and Convergys and more recently Alchemy Technology Services, Fintru and Danske Bank which help highlight the talent offering in the area,” Minister Dodds added.

Ms Dodds said International companies will assess locations based on a number of factors including, but not exclusively, demographics, costs, culture and quality of life.

When potential investors indicate that they would like to explore Derry as an option her officials at Invest NI prepare detailed cost models providing potential investors with data on the competitiveness of the region and the commercial benefits that can be achieved.

Ms Dodds continued: “This data will be complemented with additional information such as evidence of skills and talent in the area, business operating costs, educational achievement statistics, ready access to world class University and College campuses and the availability of suitable business premises with excellent network connectivity.”

However, in the recent past documents published by Invest NI aimed at promoting the region to international investors have made little or no mention of Derry while promoting Belfast throughout, as evidenced by SDLP councillor Rory Farrell at a council meeting in February of this year.