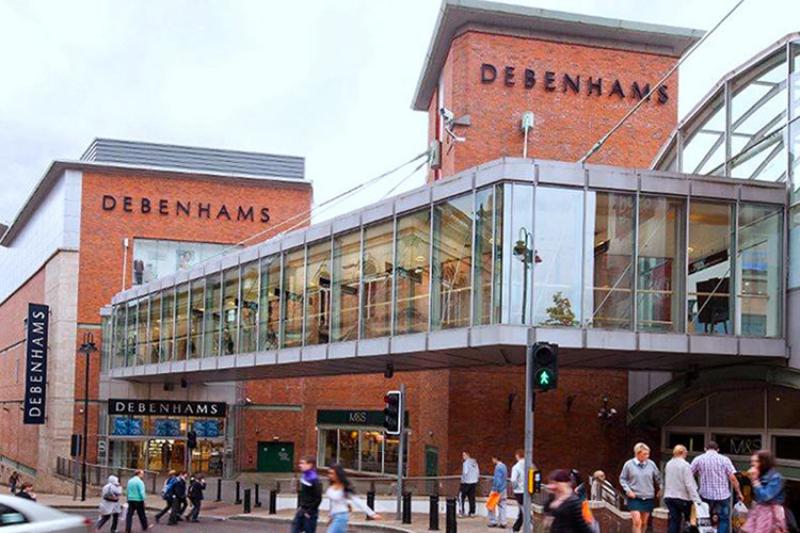 A local councillor has criticised Debenhams for its treatment of workers who have been made redundant at its Foyleside store in Derry.

It comes after the company announced 2,500 job losses at its stores across the U.K. a couple of weeks ago.

Eleven stores in the Republic of Ireland have already closed leaving 1,000 people out of work.

Redundancy negotiations collapsed this week when liquidator KPMG’s offer was rejected by workers who staged a sit-in.

Speaking in the Oireachtas, Taoiseach Micheál Martin recognised that workers have been treated ‘shoddily, shabbily and unacceptably’.

Dialogue should be resumed, he said, so that workers receive a satisfactory redundancy package.

Members of the parliament asked for emergency legislation to be brought in to protect workers’ rights but the Taoiseach argued it was not that simple.

People Before Profit Councillor Shaun Harkin said he has been contacted by Debenhams workers who have been on furlough and informed at the end of August they would be made redundant.

The workers are mainly full-time staff, he says, including some of the longest employed in the Derry store.

Because there is no union in Foyleside’s Debenhams, People Before Profit cllrs have been assisting the workers to ensure their rights are protected.

The Derry cllr said he was ‘shocked’ to discover that Debenhams, a large company with a HR department, has ‘not been following the law’ in relation to redundancy procedures.

“Instead, the company has been using the pandemic as an excuse not to go through the three step process required by law when making workers redundant.

“They have not consulted the workers, which they must do even if there is no union.

“Nor have they identified the pool of employees from which all or some employees will be made redundant.

“Rather than following the law, Debenhams have simply informed workers they are being made redundant - and because the company is in administration, they won’t even be providing statutory redundancy pay.”

He added: “Debenhams is still trading, yet several of those made redundant are on maternity leave.

“Debenhams told 18 members of staff they were being made redundant. This is just two short of the 20 redundancies that would have required the company to have a collective consultation about the planned redundancies.

“Debenhams seems to think that, because there is no requirement for a collective consultation when fewer than 20 are being let go, they can ignore the law. They cannot.

“People Before Profit will be doing everything we can to ensure workers rights are respected and encourage all workers to protect themselves by joining a trade union.”

In response, a spokesperson for the Joint Administrators (Debenhams is in administration) said: “In normal circumstances an employer proposing to make redundancies would embark on a period of consultation with its employees.

“But this is rarely possible in insolvency where the options available are limited and the administrators must consider their own duty to creditors.

“Those affected by redundancy will take no particular comfort from this, but the steps taken are in response to an unpredictable and challenging trading environment and aim to ensure the future viability of the business, while also meeting wider statutory obligations.