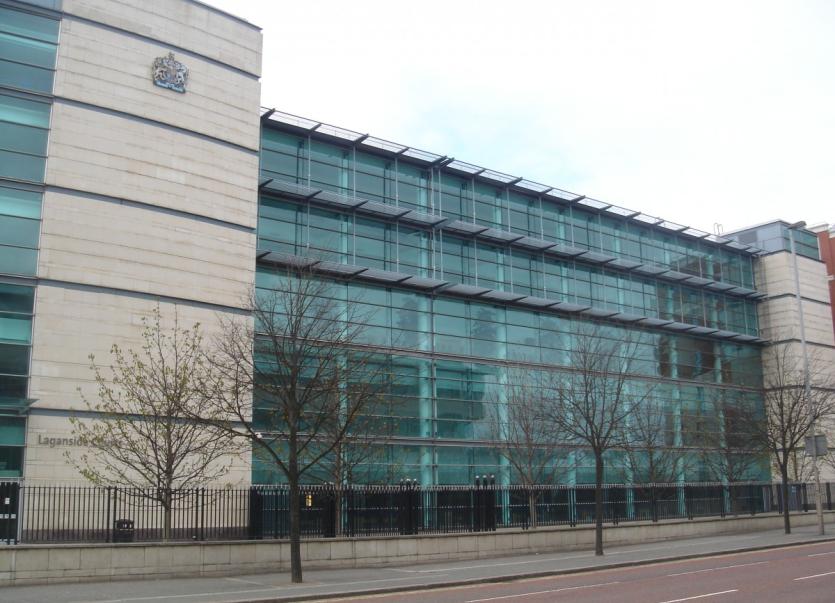 Two Derry men were amongst six people who appeared in court today charged with terrorism offences linked to the New IRA.

A joint operation between the PSNI and British security service MI5 is alleged to have captured audio and video recordings of the defendants arranging acts of terrorism at meetings held earlier this year.

Solicitors are pursuing the issue of entrapment, saying that a man who is not in custody ‘organised, facilitated and arranged venues, transport and funding’ for the alleged meetings.

Joseph Patrick Barr, 32, of Cecilias Walk and Gary Hayden, 48, of Tyrconnell Street in Derry have both been charged with belonging to a proscribed organisation, namely the IRA, and directing terrorist activities between February 8 and July 20, 2020.

They have been further charged with preparing acts of terrorism during meetings at Barony Road, Sixmilecross on February 9, 2020 and Buninver Road in Omagh on July 19 of this year.

Over the weekend, two other men, including one from Derry were remanded into custody in connection with the same police operation.

Named Operation Arbacia it has targeted the New IRA, which is considered to be the largest dissident republican group.

The court heard that over 500 officers were involved in the initial arrests and searches.

The New IRA has been behind numerous attempted attacks on police officers and admitted responsibility for the death of journalist Lyra McKee who was shot dead in Creggan while observing a riot on April 18 of last year.

At Laganside courthouse today, defence solicitors alleged that there was ‘entrapment’ and claimed that an individual had been operating as an undercover agent or ‘agent provocateur’.

When questioned by a defence lawyer, a PSNI detective said he intends to have a ‘full file’ ready within four months.

It was confirmed that MI5 was tasked with gathering evidence under the direction of the PSNI.

He said his client travelled to a location with Mr Hayden and another Derry man, who was remanded in custody at the weekend, where they met the alleged undercover agent who transported them to a meeting.

Mr Shiels said the police and MI5 operation was targeted against the IRA Executive and Army Council and he claimed evidence was ‘improperly obtained’.

The court was told that the ‘core’ of police evidence is based on the two alleged IRA meetings.

The defence lawyer added that ‘issues with the reliability and accuracy' of time and date stamps on the recordings have been continually raised with the PSNI.

A Public Prosecution Service (PPS) representative told the court there was ‘sufficient’ evidence to connect the defendants to the charges.

No bail applications were lodged and the defendants were remanded into custody to appear in court again on September 18.

McCabe and Jordan will appear for bail applications on September 3.