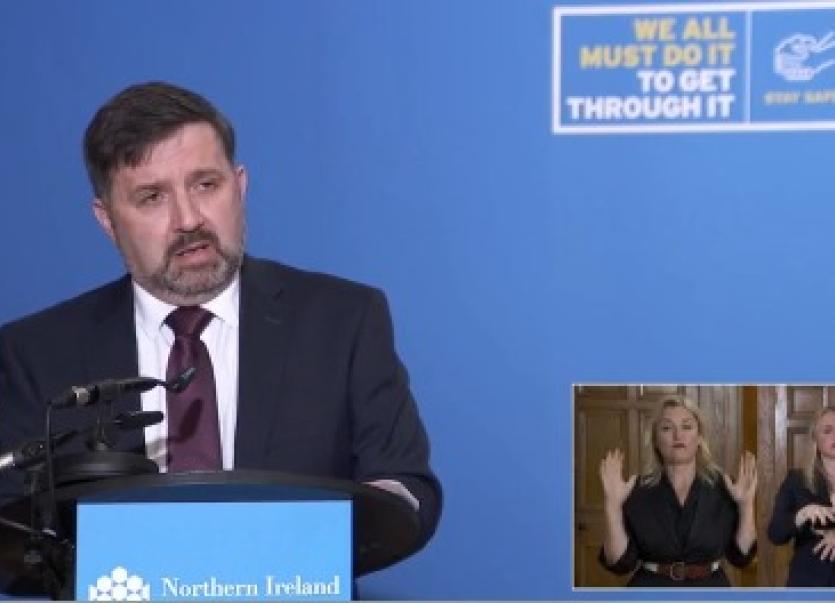 The Health Minister has drawn the ire of Derry representatives for his inaction around mental health provision in the city.

While the SDLP’s Mark H Durkan said like everything asked for in the North West it has become a ‘whole battle’.

He described the service as a ‘huge success’ which has been a literal ‘lifeline’ to many.

CCIS provides a ‘safe space’ for those in crisis from 8pm on Thursdays until 8am on Sundays when many other services are not operational.

It is run by Extern NI from the Holywell Building on Bishop Street.

People experiencing a mental health crisis are referred to the service by the PSNI and Foyle Search & Rescue or attend of their own volition.

They are also directed to additional support services if necessary.

An independent Ulster University report found the service to be cost-effective.

Figures released by the Western Trust demonstrate the need for enhanced mental health provision in the city.

At the end of June 585 people were waiting more than nine weeks to access adult mental health services.

There were 478 young people waiting more than nine weeks to access child and adolescent mental health services (CAMHS), as of June 20.

Foyle Search & Rescue has also responded to many emergency incidents in recent months despite a period of lockdown.

Karen Mullan said the minister has declined requests from her and party colleagues to meet to discuss the need to fund the CCIS and mental health services in the city.

She added: “Derry City and the North West area a is being neglected by the Minister and his unwillingness to invest in mental health support services.

“The Community Crisis Intervention Service is a service dealing with individuals who are facing a crisis and need de-escalation.

“This crisis can be due to a mental health episode or as a result of substance misuse.

“All these issues fall firmly under the remit of the Department for Health and as such the minister.

“I call on Minister Swann to provide the funding for the Intervention service and investment in mental health provision in the City.”

In June the health minister visited Derry where he announced £32,000 of additional funding to keep the service running for three months.

Mark H Durkan said it is impossible to measure the positive impact it has had and he ‘shuddered’ to think about what could have happened without it.

He continued: “We were able to convince the Minister to extend funding on an interim basis.

“We have to remember that tackling the mental health crisis is an Executive priority so it’s not just one for the Department of Health.

“They’ve made positive noises but that has to be backed by action and for me it is unthinkable that this service wouldn’t be funded moving forward.”

The Foyle MLA said it is unacceptable for service users and hard-working staff to keep getting word of short extensions and that a permanent commitment must be made.

A spokesperson for Derry City and Strabane District Council acknowledged that the funding provided would allow for the temporary continuation of the service.

However, councillors are of the view that the Department of Health and other government departments should consider a ‘long-term funding arrangement’.

In response, a DoH spokesperson said: “The additional funding provided by the Department of Health enabled Derry Crisis Intervention Service to continue until the end of September 2020.

“Correspondence from Extern has been received today requesting additional funding to support the service until the end of March 2021. This is currently being considered."

If you feel in crisis and need support or if you have observed someone who is in distress and may come to significant harm through self-harm and suicidal behaviour please call CCIS on: 028 7126 2300

If you need to speak to someone urgently, please call Lifeline on 0808 808 8000, the Samaritans or attend your local Emergency Department.