Conor McGinty's latest song is an ode to his home city 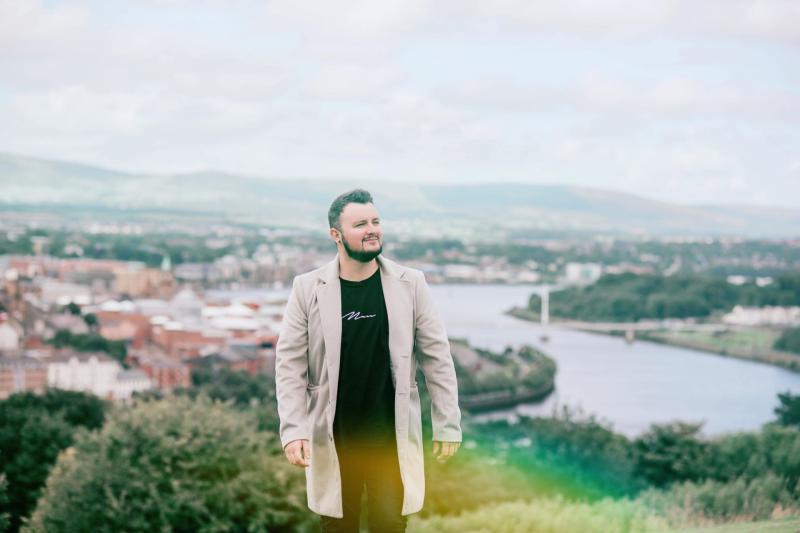 A Derry singer has used his time in lockdown to pen a new song which is a love letter to his hometown.

Conor McGinty's latest single "Home To The Heartland'' recently topped the iTunes World Music Chart and has won praise from some of the city's most famous sons and daughters.

After being sent a preview of the song footballer James McClean described it as 'brilliant', while Sinn Fein MLA Martina Anderson said 'it was a 'soulful and heartfelt tribute to Derry'.
"This is without doubt the proudest I have been about any song I have ever released or recorded and to make it even more special I wrote the song myself," said Conor.
"I penned this song as a modern day Derry anthem along with the exquisite musical skills of Eamonn Karran.
"It has a Celtic pop twist to it and people seem to really like it."
“Home To The Heartland” is written from the perspective of a Derry emigrant returning home and mentions many local landmarks such as Shipquay Street and Ebrington.
Conor had been due to marry his fiancee Aisling this year, but the wedding has now been cancelled twice due to lockdown.
"Writing this song is probably the only good thing to come out of lockdown for me," said Conor.
"As if having to cancel your wedding once wasn’t hard enough to take, having to do it for a second time two  months later was even worse.
"I think this year will be remembered by so many as an absolute kick in the teeth for so many different reasons."
Conor says entertainers are struggling to find work due to the current government restrictions.

"Something needs to be done to prevent the arts and entertainment sector falling through itself in the next few months," he said.
"It provides work to so much more than just the singer or musician.

"We all have bills, we all need to find ways to make an income and there is only so much adaptation you can do.

"We are applying for jobs but when you have been a self employed musician for years it is hard to get your foot in the door anywhere that isn’t in the entertainment sector.
"I'd like Stormount to please try and think outside the box - It has become desperate times for many.

"We will look forward to our wedding next year in September but in the meantime it would be great to be able to go back to work and provide.
"Put a screen up in front of me while I sing for all I care!"
‘Home to the Heartland’ is currently available on iTunes, Spotify and Amazon.