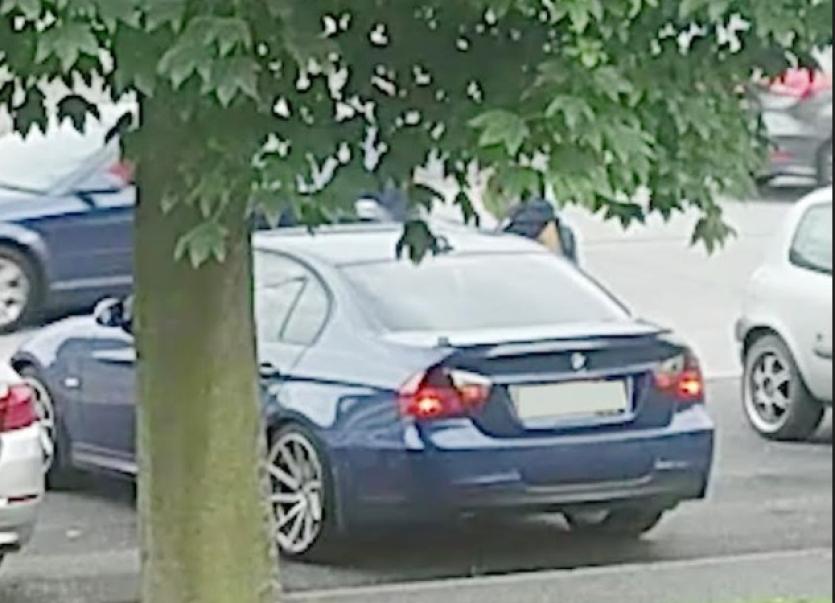 The alleged drug dealer approaches a car in Creggan

People living in the Creggan area of Derry have alerted the police to alleged drug dealing taking place outside their homes.

Claims have been made of drug deals close to a local school for the past three months on Thursdays and Fridays.

Transactions are said to take place in broad daylight between 4pm-7pm, according to residents and community workers.

Cars pull up, some of them high-end vehicles, and the individual allegedly emerges from an alleyway to hand over the suspected drugs.

Residents have captured video of the man as he approaches the vehicles with a rucksack on his back. He takes out items and passes them through the car window.

They claim that money is exchanged before the man retreats to the alleyway.

Police have been made aware of the man’s presence by residents and community workers but said that when they attended the scene there was ‘no sign’ of the male.

It has become ‘very, very upsetting’ for residents, a community worker said, to the point they now feel ‘demoralised’.

Locals are ‘afraid’ to confront the alleged drug dealer and lack confidence that the police will deal with the matter.

One local resident who wished to remain anonymous due to fear of repercussions said it’s ‘scandalous’ that this is taking place outside school gates.

He added: “There are old people and young families living here.

“It’s demoralising the whole street.  This is high-level stuff, 30 cars turning up within an hour.

“It’s so blatant, these people coming in are not locals, there is no regard and police cars are driving past constantly.

“Young people were stopped with bags of alcohol but this man is dealing drugs in broad daylight.  He’s smirking at us.”

One evening during the Coronavirus lockdown residents were outside playing bingo and he was ‘so arrogant’ that he proceeded with his activities, the resident explained.

The PSNI was contacted about the allegations and said officers will provide a ‘visible’ police presence in the area.

Sergeant Neville Martin commented: “Police received a report of a suspicious male in the Westway area of Derry area on Friday night, June 26.

“Officers attended the area, however there were was no sign of the male, enquiries into the matter are continuing.

“Police in Creggan continue to tackle the scourge of drugs which cause death and destruction to communities.

“Officers will be providing a visible policing presence across The Moor DEA, as part of their neighbourhood policing patrols.

“We continue to engage with various key stakeholders and work closely with partner agencies to tackle drugs related issues.”

He added: “I would appeal to anyone who has concerns to speak with their local neighbourhood officer so we can work in partnership to address any issues.

“We thank the members of the community for their information regarding this incident and police would continue to appeal to anyone with information in relation to the supply or distribution of drugs to contact us on 101.

“Alternatively, information can also be provided to the independent charity Crimestoppers on 0800 555 111 which is 100% anonymous and gives people the power to speak up and stop crime.”