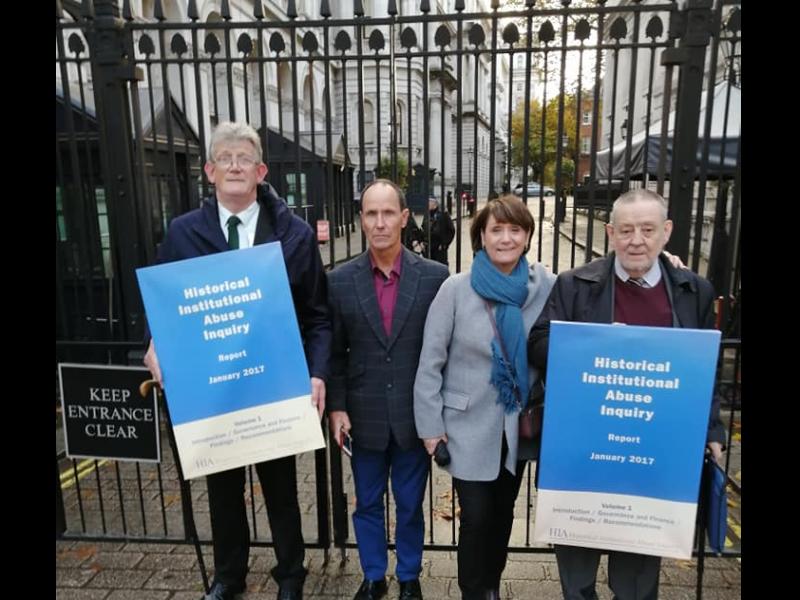 Historical institutional abuse survivors in Derry have given their backing to the Interim Advocate following a data breach in May.

Last month it emerged that a newsletter had been sent without details of 251 recipients being anonymised.

The Executive Office described it as a ‘deeply regrettable incident’ which had a ‘significant impact’ on victims.

The four Victims and Survivors Groups are chaired by Jon McCourt, Survivors, (North West), Gerry McCann, Rosetta Trust; Marty Adams, Survivors Together and Dorothea Brown and The Campaign by Survivors of Abuse an independent collective of women including survivors of institutional abuse.

The recipients were visible to all who received the e-mail.

The Group Internal Audit and Fraud Investigation Service was tasked by The Executive Office to carry out an independent investigation into the incident.

The aim of the investigation was to establish the circumstances which led to the release of the e-mail addresses and make recommendations to address any system weaknesses that were identified during the investigation.

The investigation concluded that the data breach was attributable to procedural error.

A total of nine recommendations have been made to prevent a reoccurrence of this incident and to improve data protection and information management arrangements within the Interim Advocate’s Office.

These are being taken forward as a matter of urgency by TEO.

Representatives of the four victims’ groups said the error should never have happened, but insisted that they still had full confidence in Mr McAllister and his staff.

The groups also addressed controversy about his continuing studies to become a deacon in the Catholic Church.

They were aware of that following his appointment in August last year and none of the groups took issue with it.

The statement said: “When we met, or were in discussions with Brendan McAllister over the last 11 months, we were meeting him as the Interim Advocate.

“His faith; his relationship with God and his practice of that faith was never on the table.  It was a matter personal to him, and never the subject of discussion or division.

“It has never influenced our view of him.  His role as Interim Advocate does not exclude him from practicing his faith or deepening his relationship with God. His faith is independent of his role.

“There is much more work to be done.  Even with the current working arrangements making it difficult between now and the appointment of the Commissioner for Survivors of Institutional Childhood Abuse (COSICA), there are discussions to be had on additional support, future care needs, acknowledgement, an apology and memorialisation.

“With his knowledge and experience we believe Brendan McAllister is best placed to advance that process, and at the same time safeguard the interests of the victims and survivors.

“He and his staff continue to have our full confidence.”