'Approval of the medical school cannot be a substitute for expansion of third-level education generally. We won't be settling for 70 additional students a year when the numbers have been cut by hundreds in recent years.' 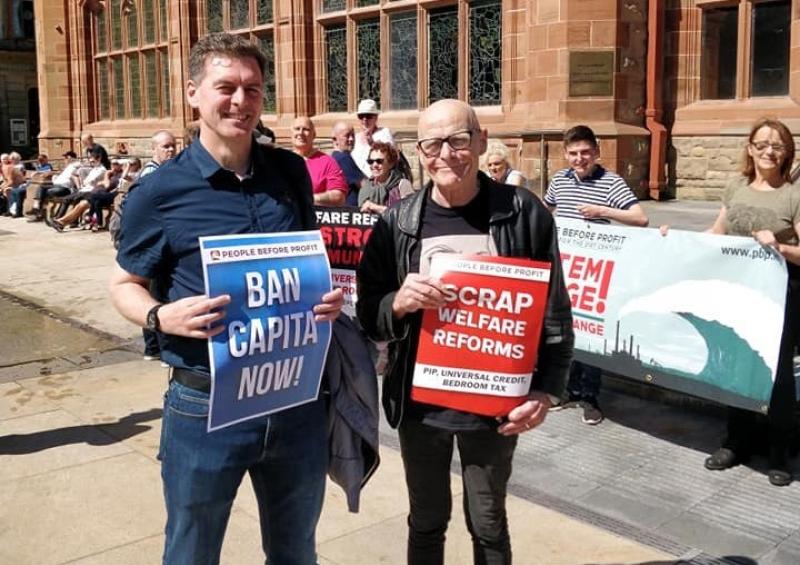 People Before Profit councillors have said that Magee Medical School approval should not be allowed to divert attention away from the agreed target of 10,000 full-time students at the Derry campus.

"We take this as a down-payment on the first instalment of what Stormont owes to the working-class people of the North West.

"Every place in the proposed medical school will be a boost for Derry - and will whet Derry’s appetite for delivery of the rest of what’s been promised.

"However, we mustn’t allow approval of the medical school to divert attention from the target agreed by all parties of 10,000 extra full-time student places. Approval of the medical school cannot be a substitute for expansion of third-level education generally. We won't be settling for 70 additional students a year when the numbers have been cut by hundreds in recent years.

"The embarrassing scramble for political credit for getting the medical school approved is in full swing. The fact is that every party in the North West with elected representatives has fully supported the medical school. The task now is not to demand a share of success but to recognise how far short this falls from what Derry has demanded down through the years.

"And we must keep in mind that all that we have so far is the promise. It is not cynical, particularly not in Derry, to say that we’ll fully believe it when we clearly see it.

"And questions still remain about who will deliver third-level education provision here. The institution with that responsibility doesn't have the trust of those who've witnessed its deliberate policy of downgrading Derry for decades.

"It was possible to believe for 50 years that the reason Derry had been cheated of third-level education was that sectarian unionism didn’t want proper development of gerrymandered Derry. But that explanation won’t wash now.

"In the last 20 years, Derry has had Deputy First Ministers, Ministers for Finance, Ministers for Education etc. - all from a nationalist background. Those establishment parties have systematically let the people of Derry and the North West down and delivery of the medical school won't make up for their failures.

"We shouldn’t stop to savour this interim success, but rather take it as encouragement to push on towards full delivery of Derry’s entitlement.

"We will continue on our present path, working with other parties and campaign groups, including trades unions and student unions, to bring this saga to success at last."