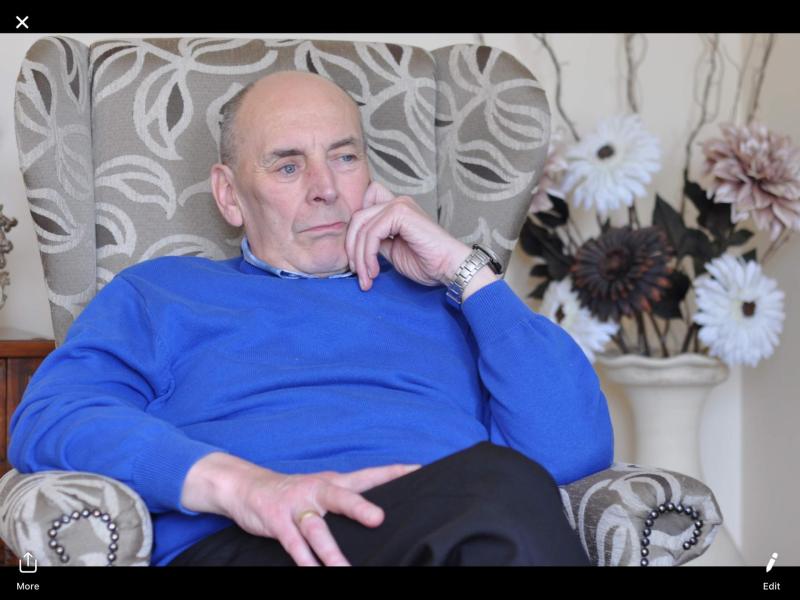 The late Neil Coyle, who was a resident at Owen Mor Care Centre

The daughter of a former resident of Owen Mor has written to the Public Services Ombudsman to demand “accountability and justice” for the treatment of her father during his time at the Derry care centre.

Neil Coyle, who had dementia and prostate cancer lived at the home from June 2015 to January 2016 during which time he sustained a broken hip as the result of a fall.  He passed away in November 2016.

The family also say that their father was assaulted by a visitor in the home on July 30 prompting a police investigation.

They had a review meeting with the home on August 25 when they “thought things were getting better”.  However, they don’t understand why they were not informed of the assault on Mr Coyle until the following day.

A third issue regarding medication was also investigated.

Denise O'Donnell, daughter of Mr Coyle, has attempted to extract answers from the care centre and the Western Trust over the past number of years to no avail.

Her mother, Celine, died on June 15, 2016.  Denise believes the home’s treatment of her father and the fact Celine neglected her own health while dedicating herself to the care of her husband contributed to her death.  “My mammy didn't look after herself.  She didn't feel like eating herself and worse still she wasn't drinking enough fluids and we didn't notice as we were in and out and just assumed she had eaten.

“If my father had been allowed to stay at Owen Mor my mother wouldn't have had to do so much.

“When he was in home she visited in the afternoon, went home had dinner, then I took her down at night again, but she was eating.”

Denise says that while investigations were ongoing her father was “evicted” from Owen Mor because the care centre could no longer meet his needs.

He was discharged from Altnagelvin after treatment for a broken hip on the December 8, 2015.  The family have recently seen the physio discharge letter which stated that he required one to one care.

It now appears that Western Trust did not fund the one to one care for an unknown reason. Owen Mor served him with an eviction notice at the end of December and he had to leave in January.

Mrs O’Donnell questioned why all of her father’s nursing records were not released to the family and whether something was being “covered up”.

She has been awaiting a Western Trust response to her formal complaint since December 2019.

In her view, problems that emerged later - which culminated in the centre being temporarily closed to new admissions at the end of 2019 - could have been avoided if this issue had been appropriately dealt with at the time.

It’s understood that the Western Trust is currently reviewing the case but the family feel it has taken too long.

She added: "My father was thrown out of Owen Mor ‘care’ centre in the middle of three adult safeguarding investigations and three protection plans and when he was recovering from two serious falls, sustaining a broken hip, that were the fault of Owen Mor."

The Western Trust did not respond to questions put to them by the Derry News saying, “respecting confidentiality the Trust cannot comment on an individual patient or client.” 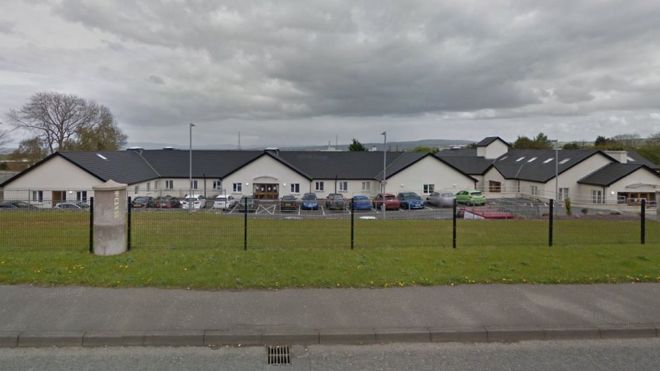 However, Dr Una McDonald, accountable person for Owen More Care Centre said Mrs O'Donnell contacted her in November 2019 with a complaint arising from 2015.

“I immediately conducted enquiries and established that the complaint related to an event which had been referred to, and thoroughly investigated at the time, by independent authorities.  I suggested that Mrs O Donnell may wish to direct her enquires to these authorities.

“I have explained to Mrs O'Donnell that we are prevented from releasing any information or notes owing to our data protection obligations under The Access to Health Records (NI) Order 1993.

“We have a duty of confidentiality to each of our patients past and present and are only permitted to release personal information and records for deceased patients to Personal Representatives who provide evidence of an Oath for Executor/Letters of Administration or, if there is another legal basis for access.

“Regrettably, Mrs O'Donnell was dissatisfied with this situation and I respectfully advised her in December 2019 to refer her complaint to The Northern Ireland Public Services Ombudsman for consideration. It is my understanding that Mrs O’Donnell has taken that advice.”

The family dispute Dr McDonald’s account that the complaint was investigated and Mrs O’Donnell said it took over three weeks for Owen Mor to report the assault on Mr Coyle to her mother.

“Owen Mor have a duty to respond to complaints by families about the care they provide or the actions of their staff.

“We are currently in communication with the PSNI re the assault and involved in a complaint to the Western Trust.  This should not mean that Owen Mor should refuse to investigate our complaint about their actions the day our father was assaulted by a visitor in their care.

“We are angry that Owen Mor will not provide our father’s nursing care records to us.  A care home should be proud to show a daughter of a resident the records of the care that was provided.

“The refusal to do so makes us even more confident that his care was atrocious and more determined to get accountability and justice.”

The family did recognise that the majority of staff were “great” at Owen Mor “there just weren’t enough”.

Aidan Hanna of patient advocacy group NI Patient Voice said families who received apologies from the Western Trust have expressed their “disappointment and frustration” at the lack of engagement with the Trust.

“I will be writing to robin Swann health minister to ask him to order a review of care provided to my father and other vulnerable adults at Owen Mor since it opened.

“This is one of the worst cases of systematic failings we have ever seen for one person at a Northern Ireland care home.

“One family has been waiting for six months since the public meeting to meet with Western Trust.

“The family have been waiting on a review of their fathers care to conclude.  There has been one letter from Bob Brown Director of Older People but it was littered with errors.  The Trust has told the family of Neil Coyle that they have no problem ‘investigating themselves’.

“Denise O’Donnell has no faith in the Trust to provide her with the truth.”

He added: “Denise feels the Trust are hiding and trying to protect their staff who have failed to follow policies in relation to adult safeguarding and a failure to provide the correct funding to Owen Mor based on his care plan and assessments.

“Owen Mor told Mr Coyle to leave as they couldn’t meet his needs.  The owner of Owen Mor was begging the Western Trust to provide one to one care funding for Mr Coyle but this never happened.

“Mr Coyle was told to leave Owen Mor in the middle of three abuse investigation which included one by the PSNI.”