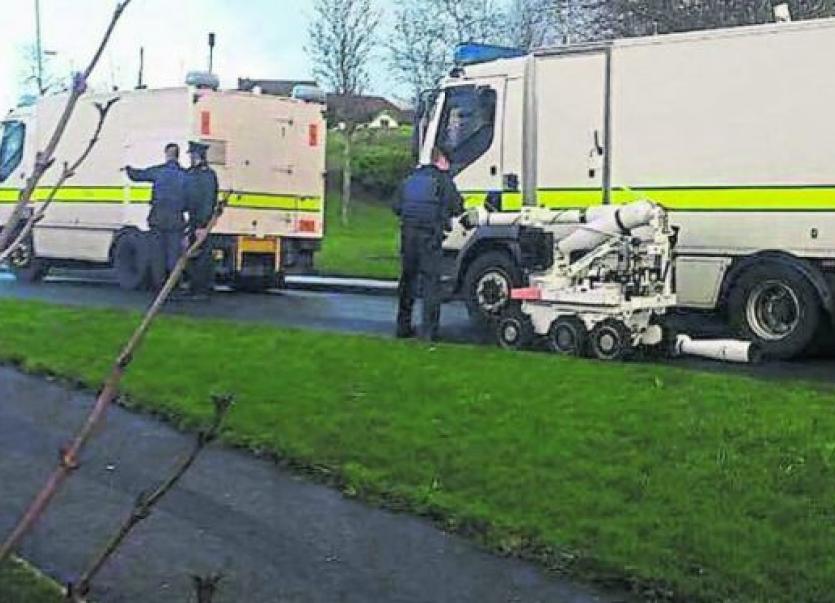 A delayed response to dealing with an explosive device in Derry has prompted a local representative to renew calls for a bomb squad base in the North West.

Police received a report at around 10.30am on Thursday, January 30, of a suspicious object at Caw Close.  The PSNI said officers were on the scene at 10.43am.

Officers attended and following a search of the area discovered a second suspicious object nearby. Both objects were then examined by ATO and were declared as small, exploded pipe bomb type devices.

A PSNI spokesperson added: “Reports were then received of loud bangs in the area between the hours of 10pm on Thursday night and midnight. There have been no reports of any injuries with minor damage caused to the front windows of two houses.”

DUP MLA Gary Middleton said it was his understanding that police were on the scene earlier but Army Technical Officers (ATO) didn’t arrive until 4pm.

“ATO is not based locally and normally takes longer to get here,” he explained.

Over the years his party colleague Gregory Campbell has pushed for a bomb squad base to be located in Derry.  Thursday’s incident has brought the issue to the fore once again and Mr Middleton said response times would be quicker if a unit was based in the North West.

“It causes a large amount of disruption and people are often put out of their houses for long periods of time.

“We don’t want to see any incidents but realistically people still want to cause disruption and that’s the reason we absolutely need the ATO in the North West.  It would help clear the area quicker.

“There had been a suggestion in the past that it could be at Maydown.”

SDLP MLA Sinead McLaughlin has also condemned those behind an explosion at Caw Close in the Waterside area of Derry last night.

The Foyle MLA said that local people were left distressed and angry as they were forced from their homes by those intent on dragging this community backward.

She continued: “Residents in the Waterside area of the city were left distressed and angry today after they were forced from their homes by thugs who left a crude but viable bomb in the area.

“Those responsible have nothing to offer this community. We are trying to build a better Derry and acts like this only make that harder. They have to be faced down.”

“I would appeal to anyone with information to bring it forward.”

Officers would like to thank all those affected by this alert for their patience whilst they worked to keep them safe and appealed to anyone with any information about the incident or anyone who was driving in the area and who may have dash cam footage available to contact detectives in Strand Road on 101 quoting reference number 473 30/01/2020.