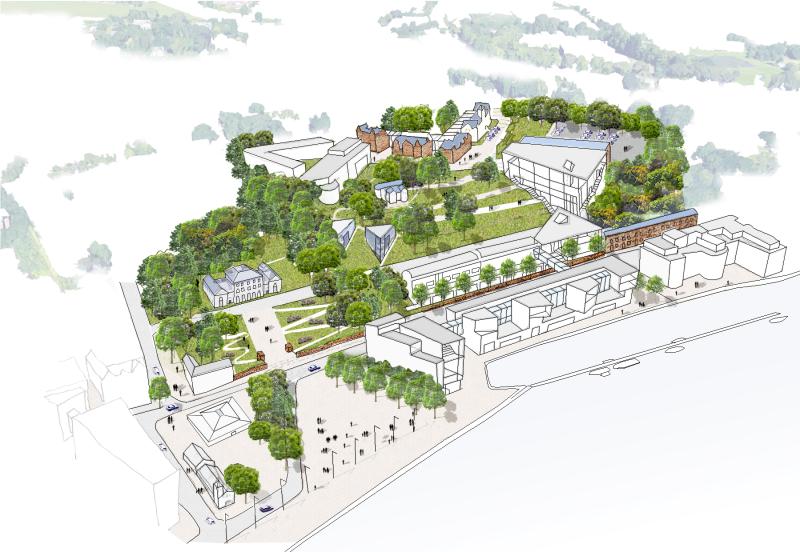 Magee university expansion has been delayed indefinitely after it emerged that its business case is out-of-date and “new money” must be found.

Evidence provided by a senior departmental official to Stormont's Economy Committee revealed the full extent of “difficulties” facing Ulster University in the development of its Belfast campus.

Heather Cousins from the Department for the Economy (DfE) was questioned about problems with the Belfast campus by MLAs on the committee.

Ulster University (UU) has requested a loan of £126m from DfE to complete its Belfast campus.

The NI Audit Office had previously said the final cost was expected to be £100m over budget.

It emerged that overspend at the Belfast campus would now impact on commitments made in the New Decade New Approach document to expand UU’s Magee campus to 10,000 students.  Latest figures available show the campus has 4,313 students, 3,429 of which are full-time.

Speaking at the meeting, SDLP MLA for Foyle, Sinead McLaughlin, said a business case for overall Magee expansion aimed at attracting 10,000 full-time students has been submitted but Ms Cousins informed her that it has expired and a new one is required.

The meeting was told that UU was asked for it last year but its council was not in a position to provide it and Ms Cousins said the major capital project in Belfast will have to be delivered before anything else happens.

In response, Mrs McLaughlin commented: “You’re saying quite categorically that a new business case is required for the expansion of Magee because the business case is not fit for purpose nor do you have confidence in their ability to deliver it at this time.”

When told that summary was correct in the “short-term”, Mrs McLaughlin added: “What is short-term to you? Because in Derry we’ve been waiting sixty years for this.”

Ms Cousins again stated that an updated business case must be submitted as the current one “doesn’t stack up”.  The “very out-of-date” case amounted to £300m in capital funding and £100m resource “that we just do not have and unless there’s new money it’s hard to see how that will happen because when there is new money it goes to health and schools.”

There is no “skills balance” in the country, the SDLP representative argued, as it is all centred around the East.  “We need all of NI to work, therefore our skills strategy and funding and resources need to be put to good use throughout NI.” 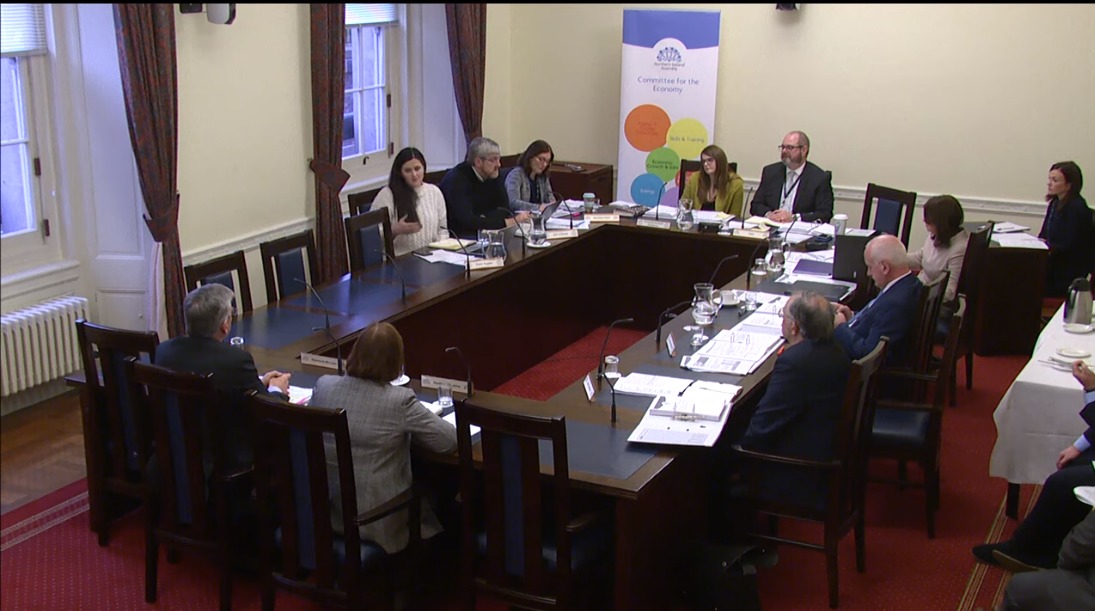 Mrs McLaughlin also asked about the review of further and higher education and MaSN places. At present, NI’s higher education system’s capacity is managed through the maximum student number (MaSN) control mechanism, under which the number of full-time undergraduate students at each institution is restricted.

The DfE official indicated that if there were full fees then a cap on student numbers would not be needed.  Universities are given a total number of places and it is up to them how they are distributed.

There are “stringent conditions” in place for Ulster University to pay back the public funds.

The amount is so high because the university got into “difficulties” and assurances are needed that that it will manage its finances in future, Ms Cousins explained.

As part of the business case put forward there was a report that showed the vulnerability of UU’s finances in general.

Ulster University Belfast is now running to a revised schedule of 2021 when it will be complete with a projected overspend of £126m – that will be drawn down over two years.  UU must then repay that loan.

It will be under “closer scrutiny” but because universities are autonomous bodies they are responsible for the management of their projects.

She went on to say that UU has to demonstrate its financial sustainability and capability of its council and senior management.

The meeting was told that the department was aware that things were going wrong in the past year.  It was not receiving regular reports and the university council was not getting information.

UU did not ask for assistance until recently when business cases were produced.  DfE has confidence that an appropriate project director is in place but caveated that by saying it is “not without risk” because “fit out and IT” costs are still needed.

Independent MLA Claire Sugden said there should have been better oversight to ensure the project didn’t run so badly over-budget.

Revealing it is unprecedented, Ms Cousins said there have been major capital projects at both universities and the department has never taken these steps before.

In answer to another question from Ms Sugden, she said UU provided medical school business case but were required to provide an additional case on the medical workforce which is not yet completed.  Until that’s done the department of health can’t make recommendations about the medical school.

Sinn Féin MLA John O’Dowd also pointed out that it would now cost £380m rather than £370m which was the projected overall cost stated in committee members’ documents and questioned why the university had been given additional leeway.