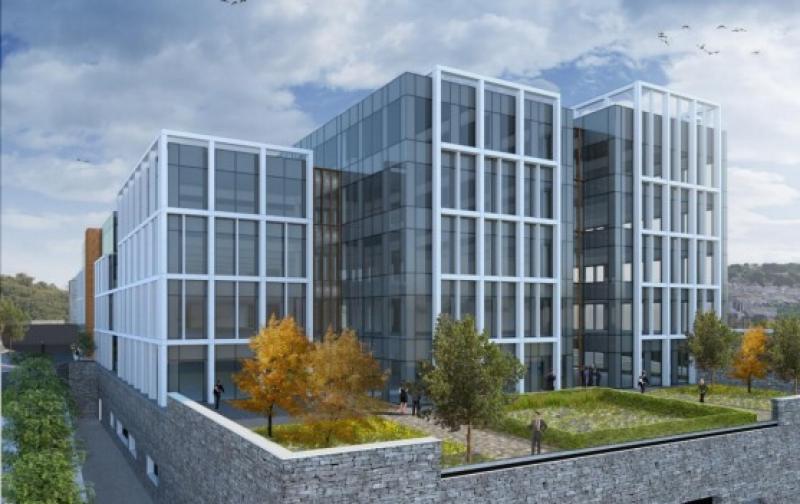 Construction workers were on site at Ebrington this week as work got underway to build Grade A office at the key Derry site.

The offices will be built on the Ebrington site providing 62,500 sq² of office space and is due to open in mid-2021, according to a marketing brochure published by The Executive Office (TEO).

Once complete it has the potential to accommodate up to 400 staff.

TEO was not prepared to say what business or businesses will occupy the building.

It has been reported that award-winning technology giant Allstate was in negotiations to move into a purpose-built office block at Ebrington.

A spokesperson for The Executive Office yesterday told the Derry News: “Works on the Grade A Office building on top of the existing underground car park at Ebrington are underway.  Works are planned to be completed in 20/21.”

The developer Heron Property Limited received planning approval from the Department for Infrastructure in September 2019.

Grade A office space is the pinnacle quality that can be achieved. This type of property is normally brand new or will have undergone a complete redevelopment with a high-specification renovation.

It is often well-located with good access and is professionally managed.

Generally, there tends to be a larger provision of this classification of offices in large cities where demand is highest and there is a higher level of occupier churn.

Due to their high standards, these properties cost more to purchase, however they offer higher rentals. 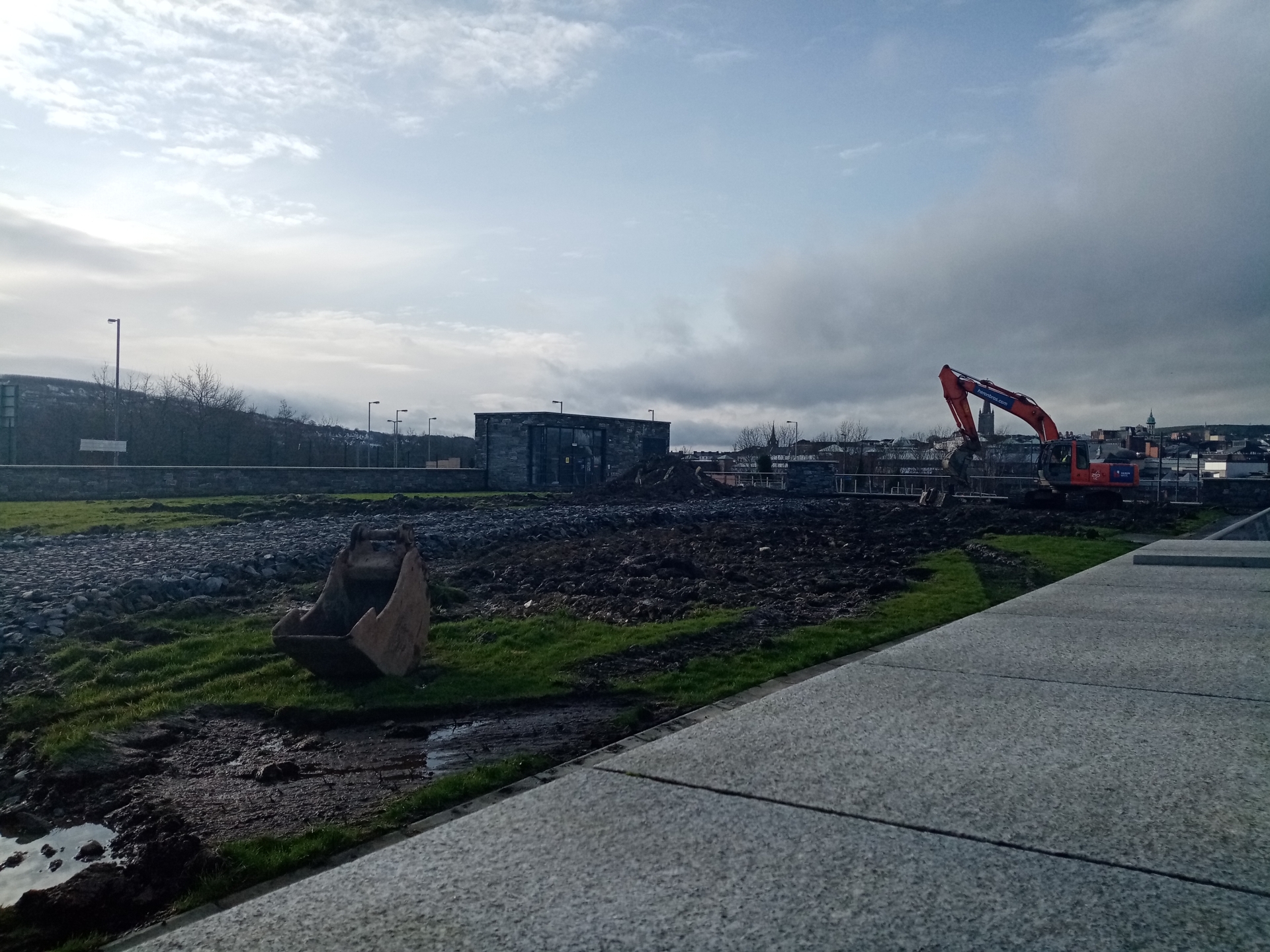 To date, over £30 million has been invested in redevelopment of the former British army barracks in Derry.

That includes the development of the former Parade Ground, now Ebrington Square, into a large open-air event space and the construction of the 214 space car park with enabling platform at King Street.

In addition, there has been development of building 70 into the Walled City Brewery, of buildings 57/59 which is occupied by a café operator Ollies and Building 71, occupied by the Department for Infrastructure.

However, the site has suffered setbacks in terms of redevelopment, The Quiet Man distillery project was put on ice with one of the Chief Executives behind the project reportedly saying “it was really more of a tourist attraction than a distillery” and they had to remind themselves what business they are in.

Luxco CEO Donn Lux added that he’d “still like to do the project if we can get the brand to build, it’s just going to take some time.”

Work on a museum marking the city's maritime history has also stalled due to the absence of government in Northern Ireland and the Nerve Visual Gallery which hosted the prestigious Turner Prize closed its doors last year.