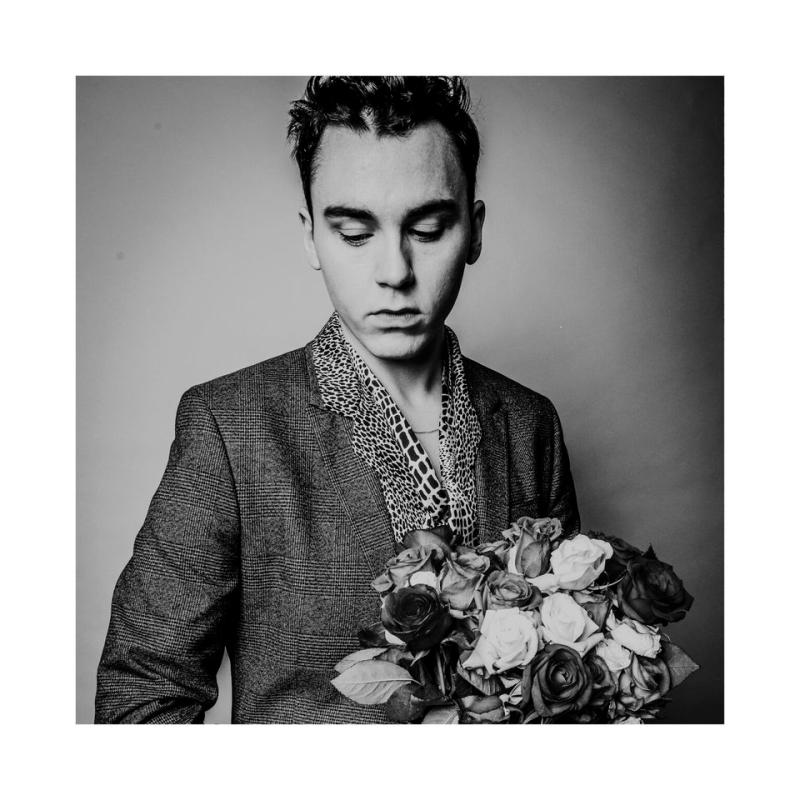 Derry born singer-songwriter ‘Patrick’ is excited about the release of his first official single tomorrow. Getting to this point hasn’t been easy, while studying in the city he was the victim of “traumatic homophobic abuse” which directly contributed to mental health difficulties and ultimately informed his decision to move to England in pursuit of a music career.

He had somewhat of a transient upbringing, starting out in Galliagh, before moving to Steelstown and on to the Buncrana Road, in that time moving around various local schools.

It was at age ten while listening to Adele song ‘Daydreamer’ on MySpace - before she released an album or had any mainstream success - that Patrick had the sudden realisation that he wanted to be a songwriter.

“It was just something in her voice, in the way that she carried the song and words that she was speaking that captured me.”  His love for the London artist has endured ever since.

After being subjected to homophobic abuse when starting out as a performer, Patrick struggled with his own personal demons and used them as a trigger to explore his mental health and sexuality through music.

Having decided school wasn’t for him, Patrick left to study music at a local college.  Suddenly, he began receiving homophobic texts from a withheld number.  It escalated; the person would take photos of him on the street at night and send them to him. The campaign of harassment continued for months and Patrick had to suffer in silence because he wasn’t openly gay at the time.

“I wasn’t mentally or emotionally in the state to come out to family or friends.  But I also didn’t want to go to the police.  I didn’t have much choice so it all had to come out then.  To this day I don’t know for sure who it was.”

At his lowest ebb, Patrick saw no future for himself in Derry and decided to move across the water to Manchester.  Over time he has been able to better manage his anxiety and depression. 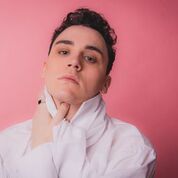 into law, he feels it should’ve been done a long time ago.

“I love Derry, it’s where I’m from and always will be, but every time I’m home I’m not there long before I realise why I left.”  When out socialising in Derry he is often subjected to homophobic slurs.  “I try to let it go over my head as much as I can but it still affects you and my mother is fearful too when she hears stories of gay bashing.  It’s not nice to live in fear,” the 24-year-old said.

Before completing a song-writing course in Manchester, Patrick was approached by producer/songwriter Joe Cross.  Along with Kali Bradford he runs record label Lovers Music, and has worked with high-profile artists such as Lana Del Rey and The Courteeners.  Unsure whether it would be the right fit, Patrick soon realised it was the best decision he ever made, as they immediately “clicked”.

Patrick explained: “The way that they nourish artists on the label, I’ve never witnessed anything like it before.”

Writing for Patrick is a cathartic experience, it allows him to express emotions that he can’t otherwise and in Joe he has found the perfect co-writing partner.  “When I entered the writing session for ‘Heavenly Bodies’ I had never felt so low, and when I left I felt like such a weight had been lifted off my shoulders.”

Patrick is starting 2020 as he means to go on. The real-talk lyricist is releasing a heartfelt piano-driven pop-rock track tomorrow called Heavenly Bodies which will be available via Lovers Music.

After his first Soundcloud demo ‘No Control’ reached over 225,000 streams, Patrick has since released two emotionally fuelled ballads in the form of ‘Pull The Trigger’ and ‘Psychedelic Love Storm.’ 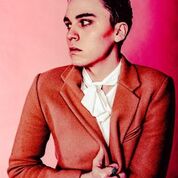 A self-taught pianist from an early age, Patrick’s unique style has developed from his love of Carole King and Adele. Born with a hearing defect, he hears through vibrations, giving him an inimitable approach when exploring his visions as a songwriter. His versatile singing range and open lyrics are no exception in ‘Heavenly Bodies,’ a track that explores the distressing experience and effects of a personal break-up.

Explaining the track, he added: “Short version: I fell for someone I shouldn’t have fallen for. I ignored the signs, until it was too late. My head got fucked up afterwards. I wrote a song as my therapy. Shorter version: Men are d***s.”

Now renowned for his genuinely open and honest style, he’s attracting deserved attention for his work. In fact, his last single ‘Psychedelic Love Storm’ was recently added to Spotify’s ‘Out Now’ playlist and has been nominated for an LGBTQ Music Award.

After extensive festival slots and touring across the UK and beyond, Patrick’s taken his raw blend of pop, soul and RnB to audiences both old and new and is building a seriously loyal fanbase who stand by every note he writes. Starting 2020 by releasing ‘Heavenly Bodies’ is a real statement of intent, and it would be great if the Derry public could lend their support.

'Heavenly Bodies' is released tomorrow, you can visit the pre-save link here: https://show.co/bMSsvZp

You can also vote for him to win an LGBTQ music award at https://lgbtqmusicawards.uk/voting-lgbtq-music-awards/?fbclid=IwAR3nwCVQsf7vJQUd5GaXygYosOK-A29yWHRty7MxvJMOj6NU7RCas2db2tI