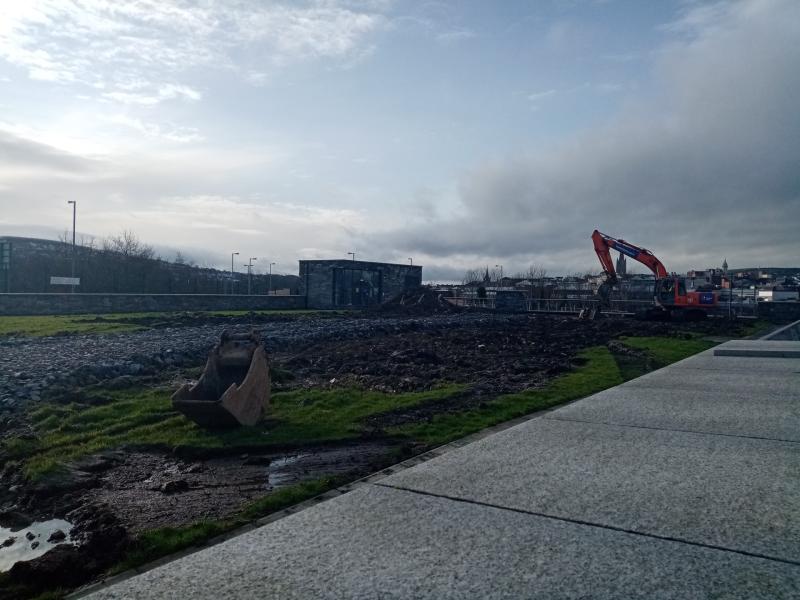 Work commenced yesterday to build Grade A office space at Ebrington in Derry.

A spokesperson for The Executive Office told the Derry News: “Works on the Grade A Office building on top of the existing underground car park at Ebrington are underway.  Works on the 62,500sqft building are planned to be completed in 20/21.”