The SDLP has selected Cllr Sinead McLaughlin as the new MLA for Foyle, filling the vacancy following Colum Eastwood’s election as Foyle MP. 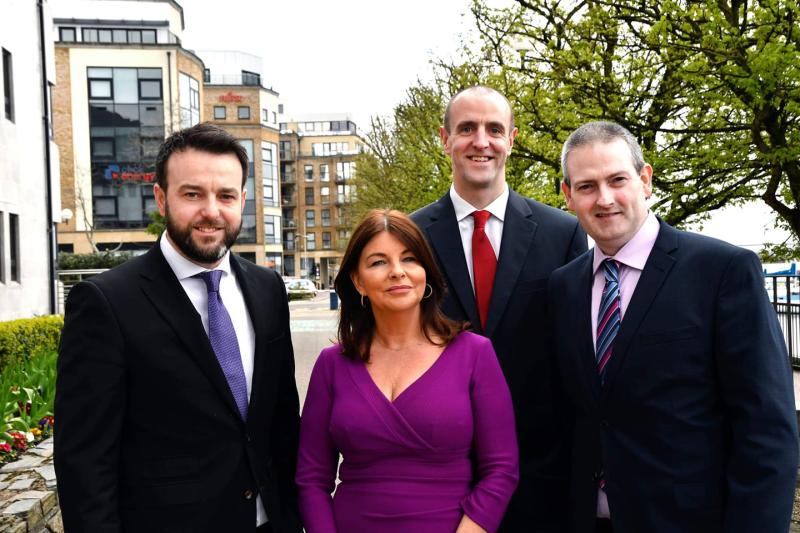 The SDLP has selected Cllr Sinead McLaughlin as the new MLA for Foyle, filling the vacancy following Colum Eastwood’s election as Foyle MP.

SDLP Leader Colum Eastwood MP said: “I am delighted that we have someone of Sinead’s calibre who’s stepping forward to defend the interests of people across Derry at such a crucial time for the city and for politics in the North.

“Sinead has proven herself as a fierce public representative over the last year as an SDLP councillor and brings with her an immense amount of experience having served previously as Chief Executive of Derry Chamber of Commerce. We need people who know what it takes to deliver jobs and investment in this city - this is a signal of our intent to deliver for Derry.

“It has been an honour and an immense privilege to represent people on Derry and Strabane Council over the last year. I am deeply grateful for all those who I’ve worked with and I look forward to building on those relationships as I take on this new challenge.

“This is a critical time for Derry. The extraordinary potential of this city and our people has been left undeveloped for far too long. My priority is delivering new jobs, investment and infrastructure that will provide everyone living here with the opportunity to fulfil their ambitions. It starts with the expansion of our university to give young people the chance to study, work and build a life for themselves here. But it also means investing in transport infrastructure to bring new industries and new employers to the North West. Delivering on the potential of our City Deal is critical to that.

“I’m looking forward to working with Colum as our MP and with Mark H Durkan to deliver for Derry. That means getting power sharing back up and running. I’m not in this to be an MLA who sits on the sidelines. I’m ready to get to work and I’ll be going in with sleeves rolled up on day 1.”

SEE MORE: Eastwood: A deal is possible, it’s time to get to work