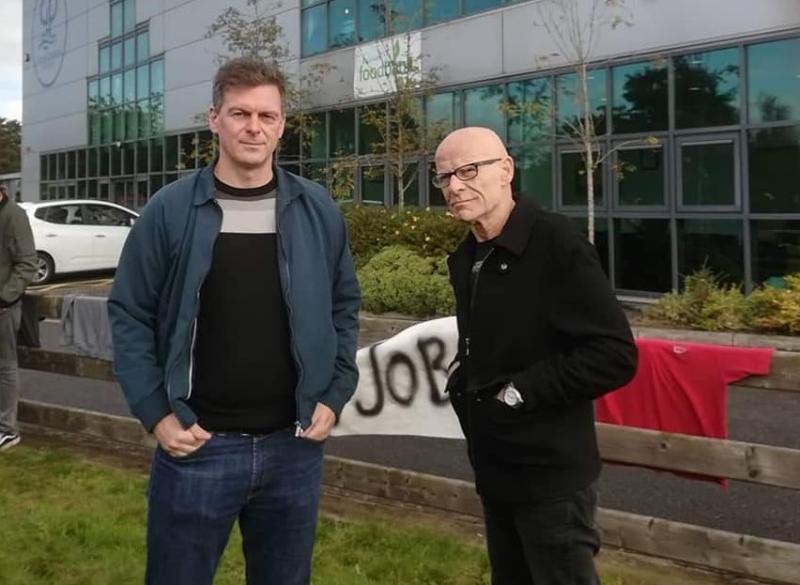 People Before Profit Councillors in Derry believe Secretary of State Julian Smith is using people's lives, and health workers, in an effort to pressurise parties in the Stormont talks process.

Cllrs Shaun Harkin and Eamonn McCann said: "Nurses and health service workers will be on strike again this week across the North. They deserve our admiration and support for courageously taking action to end both contemptuous year on year pay cuts and the criminal destruction of the NHS.

"All the establishment parties involved in talks with the Tory Secretary of State Julian Smith can't claim they don't understand the demands of nurses and health workers now. Droves of them have turned up on picket lines in suits promising to support their demands. Now's the time to do it.

"Julian Smith says additional UK Treasury funding is available for the health service here but it won't be released unless Stormont is restored. By doing so he is using people's lives, our health service workers and nurses as a political football. We should not stand for this contempt. The funding is there and it should be immediately be released to begin the process of addressing the crisis in the NHS and meeting pay justice demands.

"If the Assembly is to be revived the hostility to the demands and needs of ordinary must end. All the Stormont establishment parties have shown nothing but contempt towards working people. Stormont can no longer be a place where rackets rule, where parties carve-up resources to suit themselves and where public services are destroyed while wealthy corporations are rewarded with hundreds of millions of pounds in tax cuts.

"We won't allow the striking nurses and health service workers to be scapegoated for this crisis or for taking action. This is the kind of people power Westminster and Stormont needs to feel if we are going to turn things around for ordinary people."