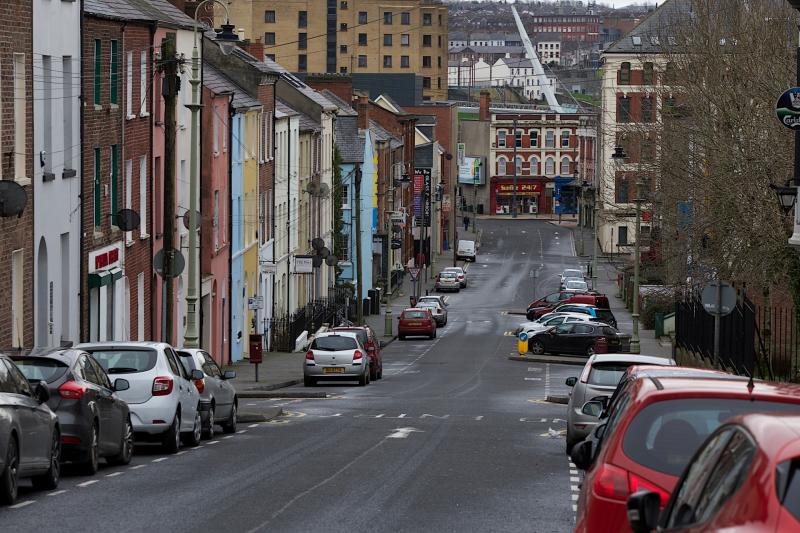 The PSNI has advised against the posting of misinformation and rumours on social media after a local Facebook page inaccurately suggested that a man had been murdered in Derry on New Year’s Eve.
On December 31 the social media page in question implied that a man had been murdered. It was shared over 200 times with people expressing genuine concern for the victim.
It later emerged that there was indeed a serious incident. A man had been hospitalised following a reported stabbing on Great James Street but the PSNI said his injuries were not believed to be life-threatening.
Two males, aged 16 and 30, appeared in court on January 2 charged with wounding with intent to do grievous bodily harm and possession of an offensive weapon with intent to commit an indictable offence. A 22-year-old woman has also been charged with assisting offenders.
In a statement to the Derry News a PSNI spokesperson advised against posting “unverified information”, saying: “It is routine procedure for all accredited media outlets to contact PSNI corporate communications for verified information on issues of policing concern.
“We discourage the publishing or posting of unverified information, which can cause unnecessary concern or fear.”
The Northern Ireland Ambulance Service responded to reports of a stabbing on Great James Street on December 31.
A NIAS spokesman told the Derry News: "A call was received at 22:41 to the Great James Street area following the reports that a patient had been stabbed in the leg.
"An emergency crew was dispatched along with a rapid response paramedic.
"Following treatment at the scene the patient was taken to Altnagelvin Hospital."
All three defendants appeared at Derry Magistrates’ Court on Thursday last where the 30-year-old was refused bail, and the other accused had bail applications adjourned until a later date.

The dissemination of misinformation has become a much-talked-about issue during the rise of social media.
It is more pertinent in the world of politics where rumours and lies have been known to influence elections.
Fact-checking websites have been launched to redress the balance. FactCheckNI is the country’s first dedicated fact-checking website.
It says: “Misinformation, disinformation and rumours have the potential to spread rapidly on social media, undermining trust in public discourse and damaging social cohesion.”
It forms part of the Facebook third party fact checking programme. In practice this means that it doesn’t report individuals/accounts to Facebook.
FactCheckNI flags corrections about articles that are posted and shared on the platform, which may cause Facebook’s algorithm to deprioritise that content and, for repeat offenders, all their content in people’s Facebook feeds.