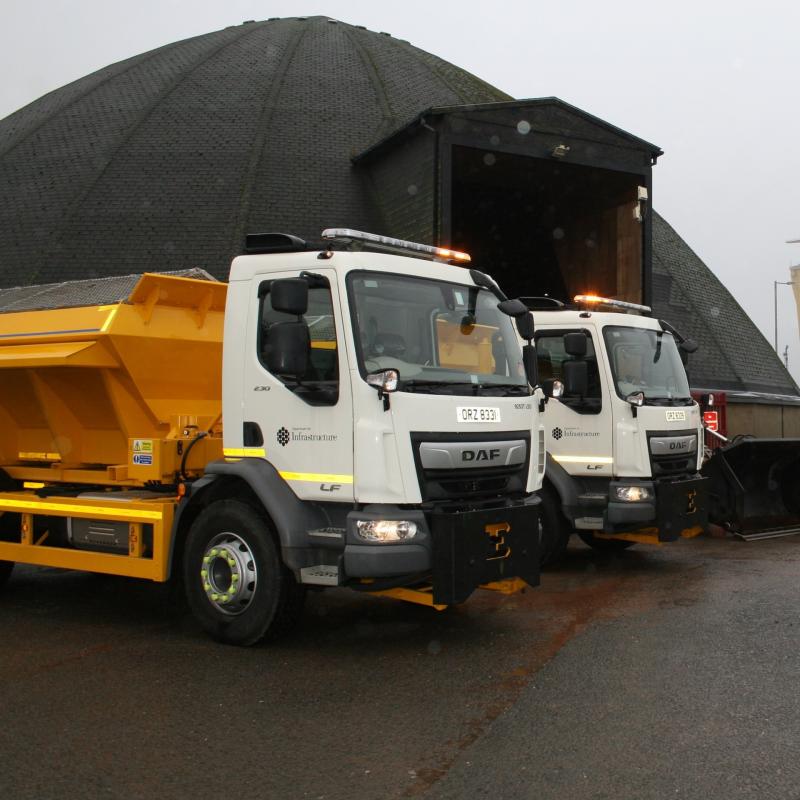 Essential gritting services have been withdrawn from the Ballymagroarty area after youths attacked one of the department for infrastructure’s vehicles.
Derry councillors have called for an end to such “mindless attacks”, saying that it is the community that ultimately loses out on “vital” winter safety services.
The Department took to social media over the weekend to explain why the area had been removed from the gritting schedule.
“Following an attack on one of our gritter vehicles, Aileach Road in Derry has been withdrawn from our evening gritting schedule.
“This has been reported to the PSNI and we're seeking assurances that staff can carry out these essential duties without fear of attack,” it said.
Police confirmed that a report was received after criminal damage was caused to a vehicle on Aileach Road in Derry on Thursday night, November 7.
Sergeant Kirkpatrick said: “At around 9:15pm, it was reported a number of youths threw stones at a gritter vehicle. Damage was caused to the onside driver door.”
Local councillor for the area, Shauna Cusack said these services are “vital to everyone’s safety”, including those who are responsible for these “mindless attacks on the vehicles and putting driver’s lives at risk.”
She added: “Now we have the service temporarily halted in the Aileach road, a very busy route which not only sees a lot of traffic but services many homes and schools. We cannot have them left untreated during the bad weather to come and we also cannot have the safety of the operators, even their lives, put in peril.
“I would appeal to parents and those with influence within the community to speak to the youths who may be involved and explain the consequences of their actions on the whole community.”
While condemning the incident, People Before Profit councillor Shaun Harkin also pointed to public service cuts which have added to a growing sense of frustration within “neglected communities”.
“This is an essential public service that everyone in our communities depend on. It's alarming that some areas will be endangered because roads haven't be gritted. It's alarming to hear workers carrying out an essential service during unsocial hours have been intimidated and unable to do their job.
“I appeal to anyone who interfered with this crucial service and intimidated hard-working gritters to stop immediately and reflect upon their actions.
“Funding for gritting has been already been reduced and like other essential services faces further cut threats that will endanger communities.
“When politicians attack public services we all depend on and show no respect for workers’ rights - it sends a message that people in communities aren't important and that workers don't deserve respect.
“Neglecting communities leads to frustration, isolation and alienation.”
This incident must be a catalyst for the political establishment and decision makers to reverse dangerous cuts to public services be it gritting, the fire service, our health service and schools - to empower everyone in our communities and to give proper respect and recognition to workers we depend on everyday to allow our society to function.
PSNI enquiries are continuing and it has appealed to anyone with any information in relation to the incident to contact police on 101, quoting reference number 530 08/11/19.
Alternatively, information can also be provided to the independent charity Crimestoppers on 0800 555 111 which is 100% anonymous and gives people the power to speak up and stop crime.