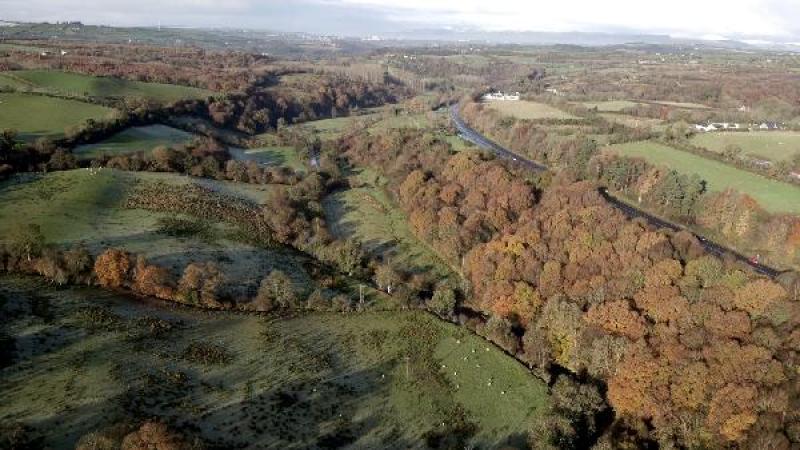 Experts have encouraged the Derry public to explore their natural surroundings this autumn and experience all the health benefits it brings.
As the leaves continue to change colour and descend from the trees, the nights draw in and the days get colder, there’s no better time to pull on the walking boots and take an autumn walk whilst enjoying some of the most spectacular and colourful landscapes Derry has to offer.
Taking a walk in the woods is the easiest way to get closer to nature and enjoy the outdoors.
Trees, woods and forests help people feel better, encourage more active lifestyles and alleviate the symptoms of some debilitating conditions. So, it makes perfect sense to combine your daily exercise with a trip to the great outdoors.
Derry is home to stunning woodland and riverside walks such as the recently restored Ness Woods with its impressive new adventure playpark for children.
You also have Burntollet, Brackfield and Prehen Woods - which dates back to the 1600s – amongst others.
A spokesperson for the Woodland Trust expounded on the "countless benefits" of spending time in woodlands saying scientific studies have shown that “green exercise” can improve self-esteem and mood, as well as reducing stress, anxiety disorders and depression.
She explained: “On top of that autumn offers the keen nature watcher the opportunity to enjoy the flurry of wildlife gearing up for winter.
“At this time of year you can spot migrant fieldfares feeding on hawthorn berries or catch a glimpse of jays burying acorns for winter, which in turn makes them excellent tree planters as they usually leave a few behind.
“Combine that with the vibrant autumn colour on offer and what’s not to like about being outside.”
She continued: “Prehen Wood is one of the Woodland Trust’s rare and irreplaceable ancient woods, dating back as far as 1600.
“The woodland is a natural treasure trove, a place of great beauty offering a peaceful walk along a looped pathway – and all on the doorstep of the city.
“Venturing 12 miles south of the city and into the Faughan Valley you can explore 5 Woodland Trust woodlands offering beautiful walks with picturesque views including Burntollet Wood, Brackfield Wood, Kilaloo Wood, Oaks Wood and Bonds Glen.
"With neighbours Ness Country Park owned by NIEA this area offers bountiful choice for visitors to enjoy.” 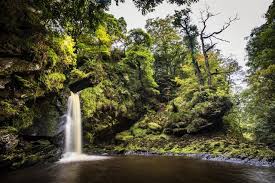 Prehen Wood is a remnant of the extensive woodland that once covered most of the River Foyle from the Craigavon Bridge to County Tyrone. When English planters came to Derry in 1600, Sir Henry Docwra, the then governor, wrote in his memoirs that he sent men daily from the city over to these woods to bring back timber and that they had to fight for it daily.
The Wood was once part of the Prehen House Estate, which in 1876 totalled 358 hectares. After the first world war the estate was sold off in pieces, including the remaining woods, which were sold in 1929 for timber production.
A local outcry ensued about the imminent destruction of the woodland and the editor of a local paper took up the cause, calling for some timber to be left standing. Prehen Wood was spared and is viewed as a “green lung” for the people of Derry.
With a lot of support from the Prehen Historical and Environmental Society, the Woodland Trust acquired the Woods at Prehen to conserve it for future generations.
Prehen Wood made up of beech, oak, ash and birch trees is known for its bluebells, but it also boasts over sixty natural plants species including anemones and orchids, wildlife such as long-eared owls, the native red squirrel, badgers and sparrowhawks, as well as a sculpture trail. 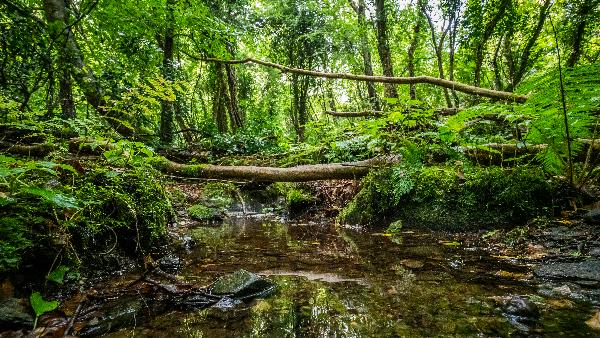 Romantic poet, John Keats, in an ode to Autumn described it as the "season of mists and mellow fruitfulness."
George McLaughlin of the Prehen Historical and Environmental Society recalled that line as he spoke of the beauty of Prehen Woods and invited people to explore local woodlands at this time of year.
He said: "Where better to be than in Prehen Woods in the Autumn, or at any time of the year, although bluebell time is recognised as the best time of year. Autumn is the next best time to experience our wonderful ancient woodlands."
Your impression differs depending on the time of day you visit, he explained: "In the morning when we have the first frost of Autumn you can see intricate patterns of the spiders webs stretching from twig to twig mysteriously created during the night.
"Early morning is a good time for wildlife watching at the aptly named foxes corner of the woodland. You may see one or more of the famous foxes of Prehen or be lucky enough to witness the return of the Prehen red squirrel.
"At midday a heavenly beauty is created by the Autumn sunshine filtering through the canopy of the many varieties of tree. In today's busy world, there is something relaxing and healing about the feeling of solace to be found in an ancient woodland.”
Over Halloween the woods take on a different complexion, George explained: "In the evening time or in the glowing as they call it in Ireland, and especially at Halloween mysterious shadowy figures seem to appear from behind every ancient tree. Are these the famous ghosts of Prehen's fabled past?
"The screeching of long eared owls and the raucous call of the jays all add to the seasonal spookiness of the special creation that is Prehen ancient woodland.
"This Autumn season of mists and fruitfulness certainly rings true of a woodland at this time of year where there's an abundance of berries, nuts, acorns and toadstools to be found."